A woman was taken to an area hospital after being stabbed early Saturday morning. 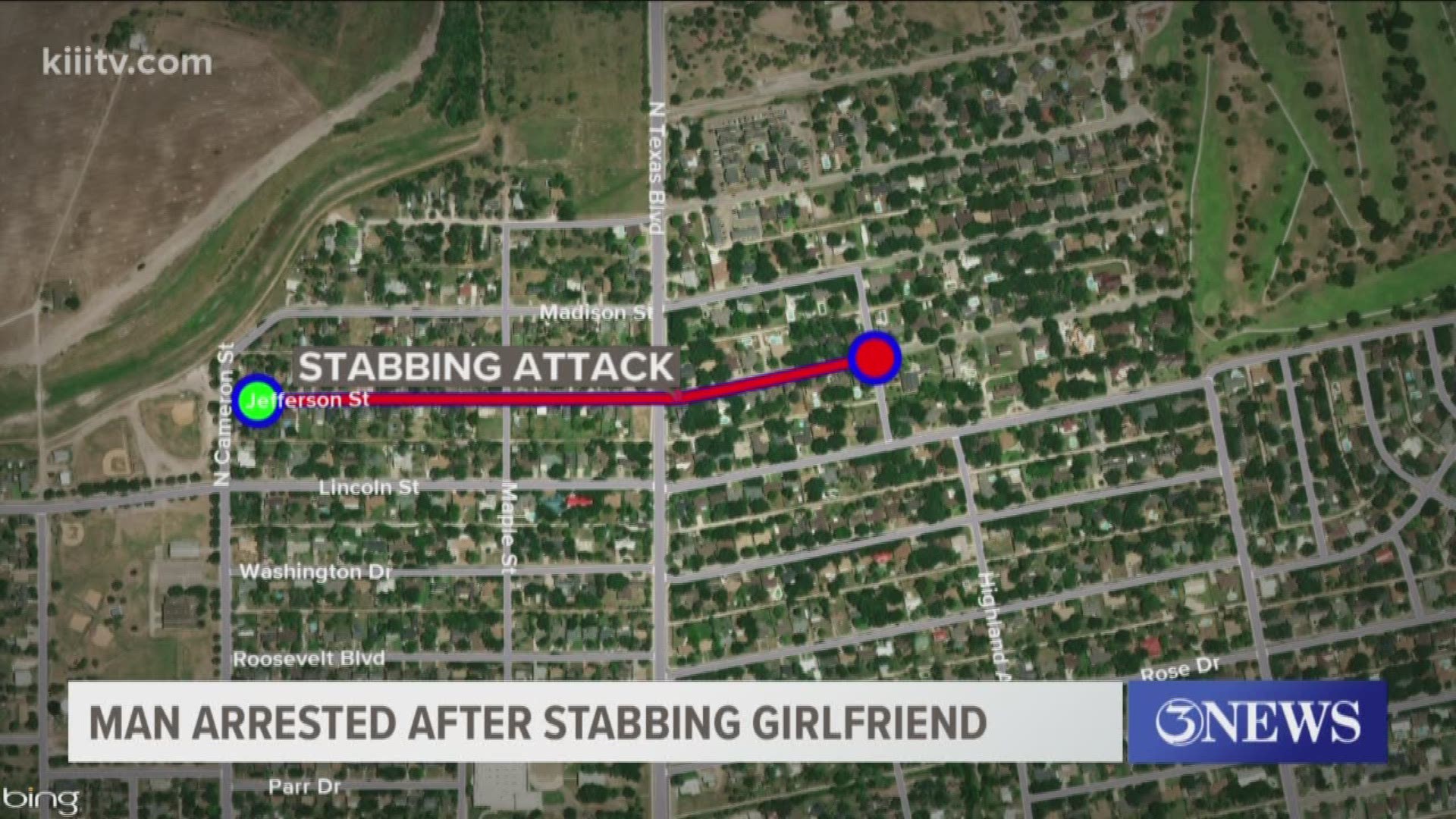 Police in Alice say a woman was taken to the hospital after she was stabbed by a man early Saturday morning.

When officers arrived on scene they found that the woman's boyfriend had stabbed her. A warrant was issue and he as later found and arrested.

Police have not released his name at this time.