The victim said he's thankful no one got hurt. 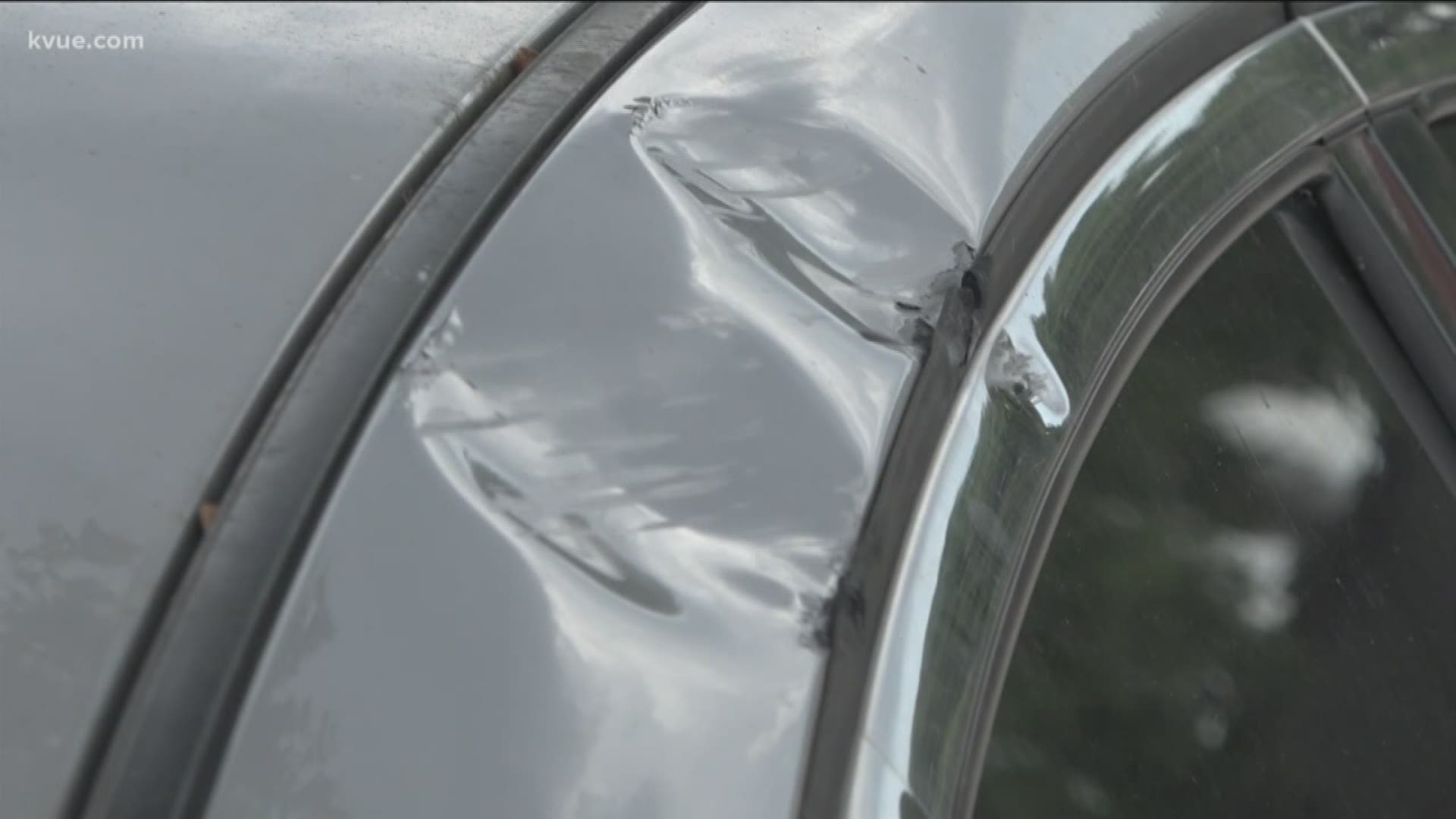 AUSTIN, Texas — Austin police have arrested a man accused of throwing a large brick at a car during rush hour traffic in North Austin Wednesday afternoon.

The incident happened on the northbound Mopac service road just below the US Highway 183 flyovers shortly before 6:45 p.m.

Kevin, who did not want KVUE to use his last name, was about to make a turn when he said he saw Caughman come out of the bushes near the railroad track and throw the brick.

"Big brick, probably about this size. Rock with cracks in it," he said. "He came up, he looked me right in the eye, and just threw it. I had my top down. I'm lucky it didn't go in there."

Kevin said he swerved to the left to avoid getting hit.

The brick hit the top of Kevin's rear passenger door. The impact left two softball-sized dents on the car's body.

He chased Caughman for about half a mile while trying to talk to a dispatcher.

Austin police arrested Caughman a short while later. During the arrest, officers allegedly found half a gram of meth in one of his pockets.

"He could still be out there, still doing this, so I'm glad they caught him," Kevin said.

In Caughman's arrest affidavit, an officer wrote, "due to its size it is capable of causing death of serious bodily injury."

As of Friday afternoon, Caughman was in the Travis County jail with a combined $25,000 bond.