A U.S. District Court judge will hear arguments for an injunction, which would restore counties’ rights to have more than one mail-in ballot drop-off location. 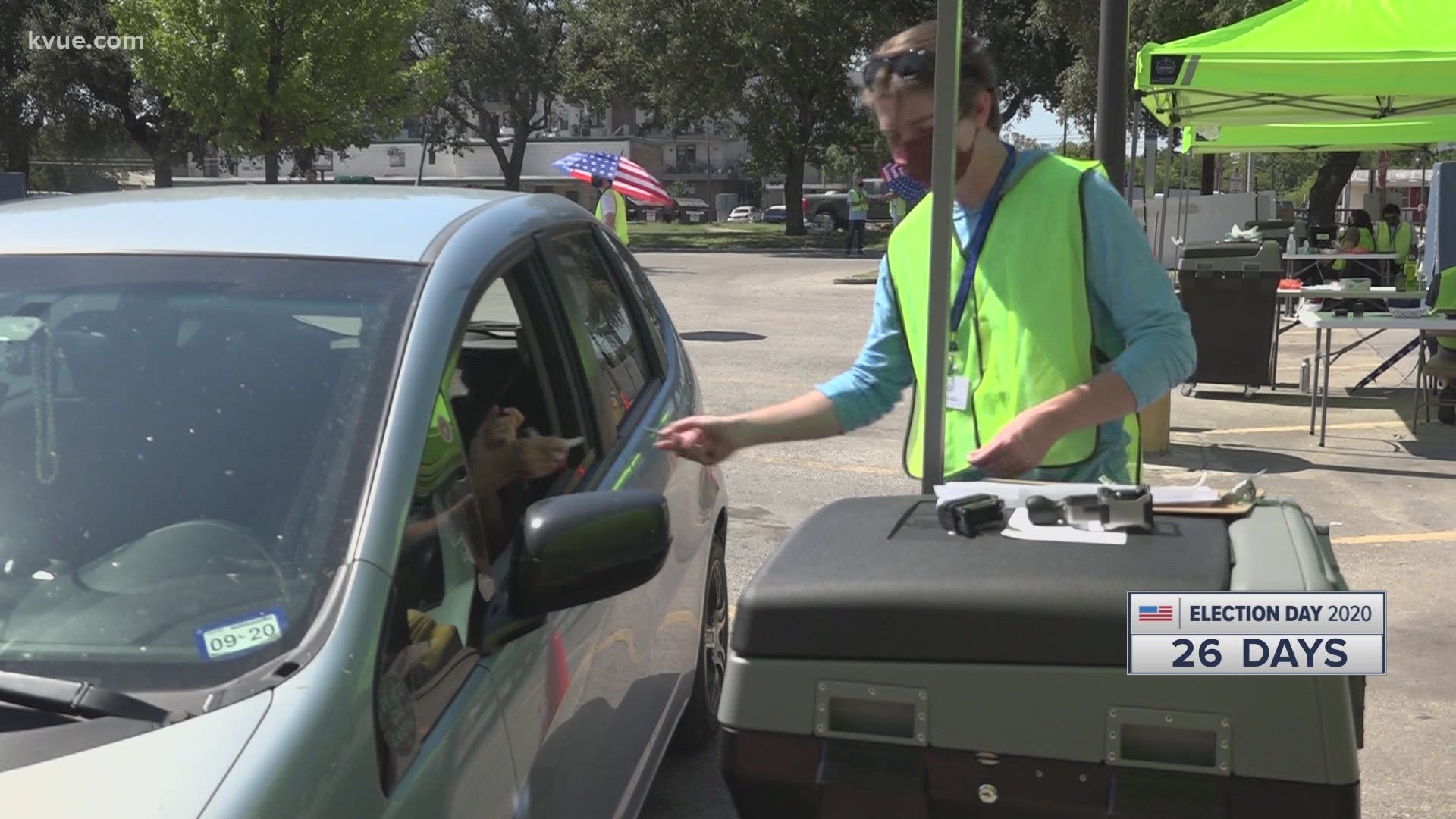 Last Thursday, Gov. Abbott issued a proclamation that restricted counties to having just one mail-in ballot drop-off location for the entire county. In Travis County, that reduced the four locations already set up to just one at the Travis County Tax Office.

Quickly after, several groups sued the governor and other elected officials. The National and Texas League of United Latin American Citizens (LULAC) filed federal suit first on Oct. 1, claiming the governor’s order “engenders voter confusion and undermines the public’s confidence in the election itself.”

Then on Oct. 2, the Texas Alliance for Retired Americans sued in federal court, claiming the governor’s proclamation “threatens the right to vote for countless lawful Texas voters.”

Both of those cases will be heard via videoconference by Judge Pitman on Thursday, Oct. 8, at 1 p.m. It’s unclear if Judge Pitman will make a ruling the same day or take the cases under advisement for a later ruling.

Pitman was nominated by President Barack Obama in 2014, according to KVUE's media partners at the Austin American-Statesman.

Both parties are asking for an injunction, which would restore the ballot drop-off locations. Both are also asking for a judgment that declares Gov. Abbott’s order violates the 14th Amendment of the U.S. Constitution and the Voting Rights Act.

“As we work to preserve Texans’ ability to vote during the COVID-19 pandemic, we must take extra care to strengthen ballot security protocols throughout the state. These enhanced security protocols will ensure greater transparency and will help stop attempts at illegal voting,” Gov. Abbott said in a statement when he announced the proclamation.

Following the first lawsuit, the governor’s office told KVUE in a statement:

“The Governor has not limited voting—instead he has expanded access to voting. Before the Governor’s executive order, Texans who wanted to vote by mail could either mail their ballot or submit it in person on Election Day only. Because of COVID-19, the governor’s executive order increased the time period during which voters can submit their mail in ballot in person to include anytime leading up to Election Day. That time period did not exist under current law. Moreover, the only ballots subject to this order are mail in ballots. Most of those ballots are in fact submitted by mail. The additional time provided for those who want to submit their mail in ballot in person is sufficient to accommodate the limited number of people who have traditionally used that voting strategy.”

A third federal lawsuit was filed Oct. 6 by the Texas State Conference of the NAACP branches, claiming the governor’s proclamation was a “thinly veiled attempt to suppress the vote under the guise of ‘enhancing ballot security’.” A hearing for that case has not been set.

A fourth lawsuit, filed in the Travis County District Court by the Anti-Defamation League, alleges the governor’s proclamation “violates the Texas constitution – in addition to being inconsistent with principles of efficient election administration and fundamental fairness to all Texas voters.” That case was assigned to Travis County’s 353rd Civil District Court but a hearing has not been set.