Lowe's delivered a dishwasher to a Georgetown family this week and got the delivery truck stuck in mud, damaging the yard and sprinkler system. 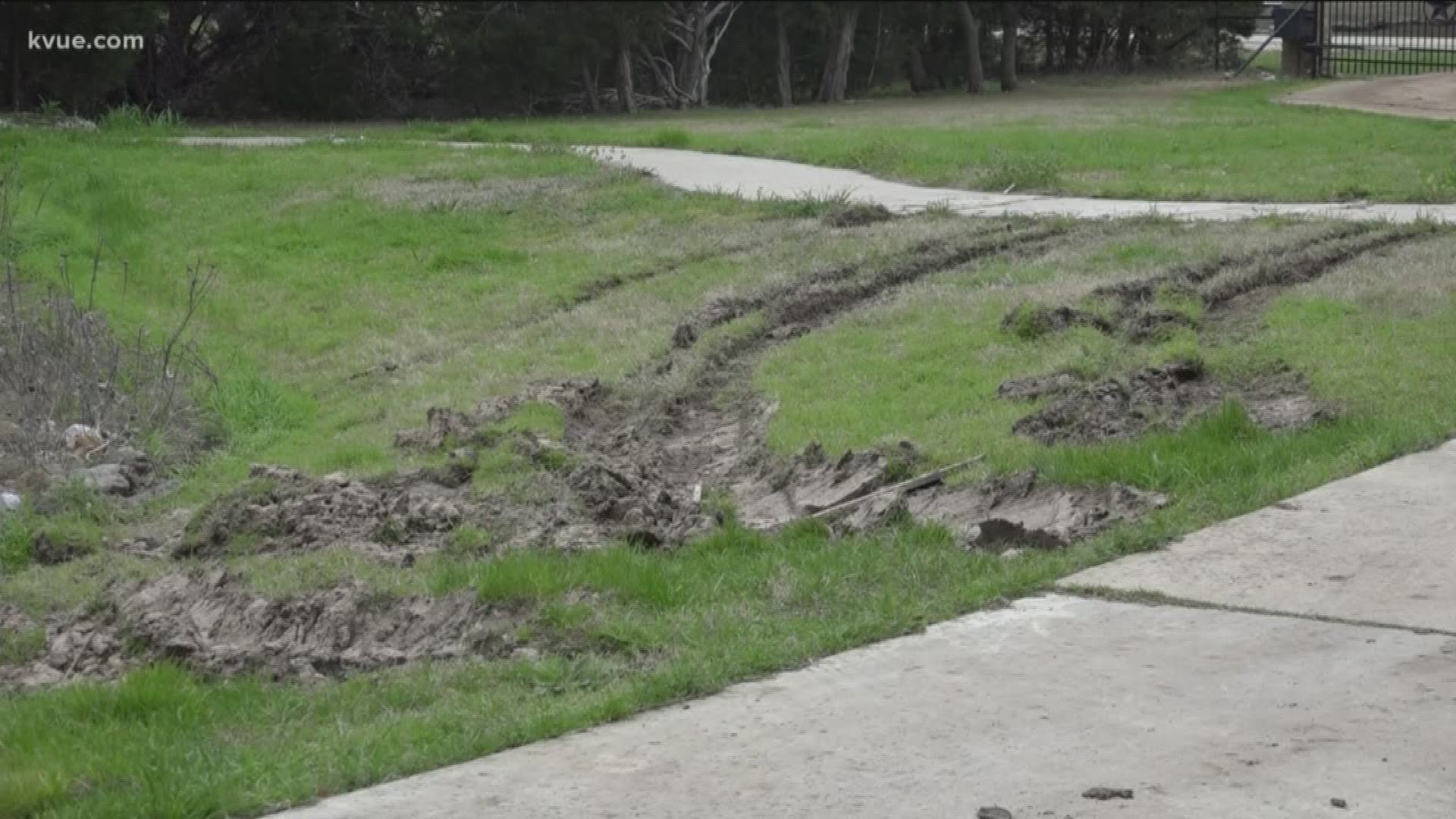 GEORGETOWN, Texas — A Georgetown family is finally getting answers after a delivery truck driver destroyed their front yard earlier this week.

Brandon Browne purchased a new dishwasher at a Round Rock Lowe's that the company delivered on Tuesday while he was at work. Browne said it was a rainy day.

“They attempted to drive through the yard, and naturally with the amount of rain that we had and as muddy as it was, and that large of a truck, it just sunk down and got stuck,” Browne said.

The longtime Lowe’s customer said it didn’t seem like the truck drivers knew what to do. He said they tried to dig the truck out, put boards under the front wheels, and eventually, another Lowe’s truck had to come pull it out.

“I understand accidents happen and there are unforeseen circumstances, and we're pretty laid-back folks, but we just expected an apology and just come out and make it right,” Browne said.

But that’s not what happened – at least right away. It wasn’t until Friday that Browne heard from the company, after he made a public tweet and reached out to KVUE.

Lowe's cuts store jobs as it seeks to outsource workers

Lowe's donates lawnmower to boy who was robbed at lemonade stand

KVUE reached out to Lowe’s on Friday morning, and within hours the company told Browne it would help with the repairs.

“We have apologized to the customer and will work with him directly to resolve his concerns,” a Lowe’s spokesperson told KVUE in a statement.

Browne said he was frustrated seeing the damage and felt bad for his wife, who was home at the time and unsure of what to do. He has to get an estimate from a landscaping company, and Lowe’s said it will pay to fix the irrigation system and the yard.

“They apologized for the lack of communication,” Browne said. “I think sometimes with larger corporations, it's easy to forget that the customers that made them a large corporation are regular folks.”

The repairs will happen on the timeline of the landscaping company, and Browne said he hopes it’s all fixed in time for the spring grass to grow.

“Sometimes, going to social media so they're aware of that – that things affect real people – it works,” he said.