As pantries around the area are seeing much higher demand due to the coronavirus pandemic, this year's drive is of even more importance. 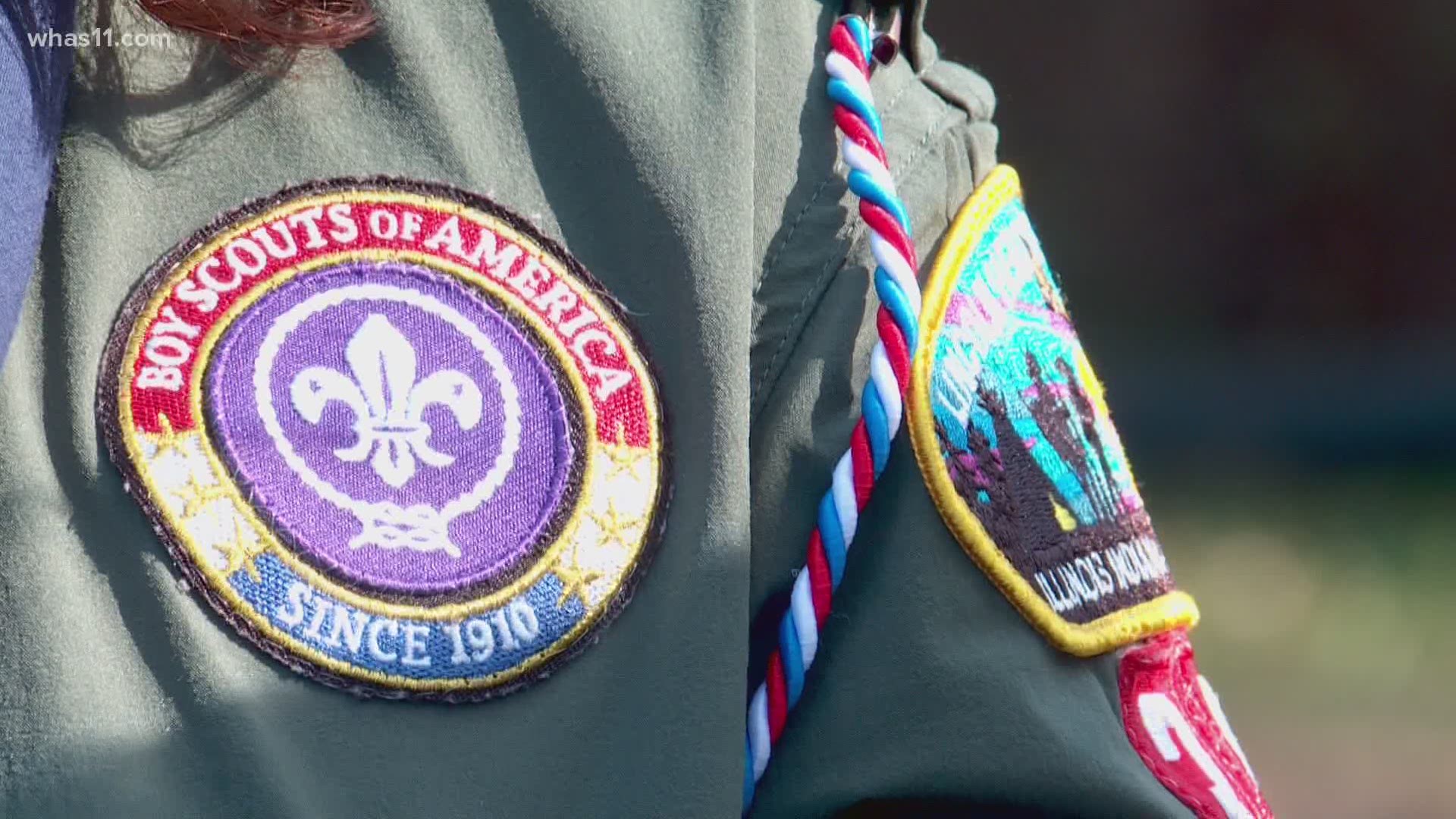 LOUISVILLE, Ky. — This Saturday, the scouts of Troop 309 in Louisville will take their neighborhoods and collect canned goods and other food and hygiene products like they have in years past.

But this year's Scouting for Food collection drive will be unlike any other before.

"It's weird at the beginning, but when you adapt to it, it gets better," Cub Scout Dave Hawkins said.

Scouting for Food has been a tradition for years in Louisville with Boy Scouts collecting thousands of pounds of food for local food pantries and organizations like Eastern Area Community Ministries.

According to EACM Executive Director Carrie Gerard, EACM has seen a 30% increase in demand since March.

"It's affecting people that have never had to access these services before," she said. "And so we need those shelves to remain full."

As pantries around the area are seeing much higher demand due to the coronavirus pandemic, this year's drive is of even more importance to the scouts. Still, it will look different due to the pandemic.

Scout leaders have eliminated large gatherings before and after the collections and have placed an emphasis on keeping Scouts and volunteers separated when possible.

"We organized everyone in groups of family pods or units as opposed to allowing a bunch of Scouts to be dropped off and jump into vans with their buddies like we have in years past," Troop 309 Scout Master Mike Everette said.

"We've required masks on all of our units," Lincoln Heritage Council Director of Camping Services Sarah Flowers said. "We've required social distancing for them as well."

The Scouts are also introducing a new way for people to donate food this year by holding a drive-through collection at Watkins United Methodist Church Saturday morning from 9 a.m. to 1 p.m.

But all these new protocols have made things feel different for the Scouts, many of whom used to the close social interaction that usually accompanies these projects.

"You just have to remind them every once in a while to put on their masks, not touch everything, to make sure they keep their hands to themselves most of the time, but it hasn't been too challenging," Lexi Benton, a Scout, said.

"I think it's been hard for me because I like to talk to my friends and stuff," Cub Scout Alexander Flowers said. "I'm kind of a talkative person."

But while scouting may look different, the ultimate goal of serving their neighbors is still the same.

"Even though it's been hard, you know you're going to help them get through it," Flowers said.

RELATED: 'I'm glad we got something to eat': Thousands of food items to be donated to hungry households