Looking at the consequences of what we post on social media

Do students struggle to understand the weight of what they post on social media? 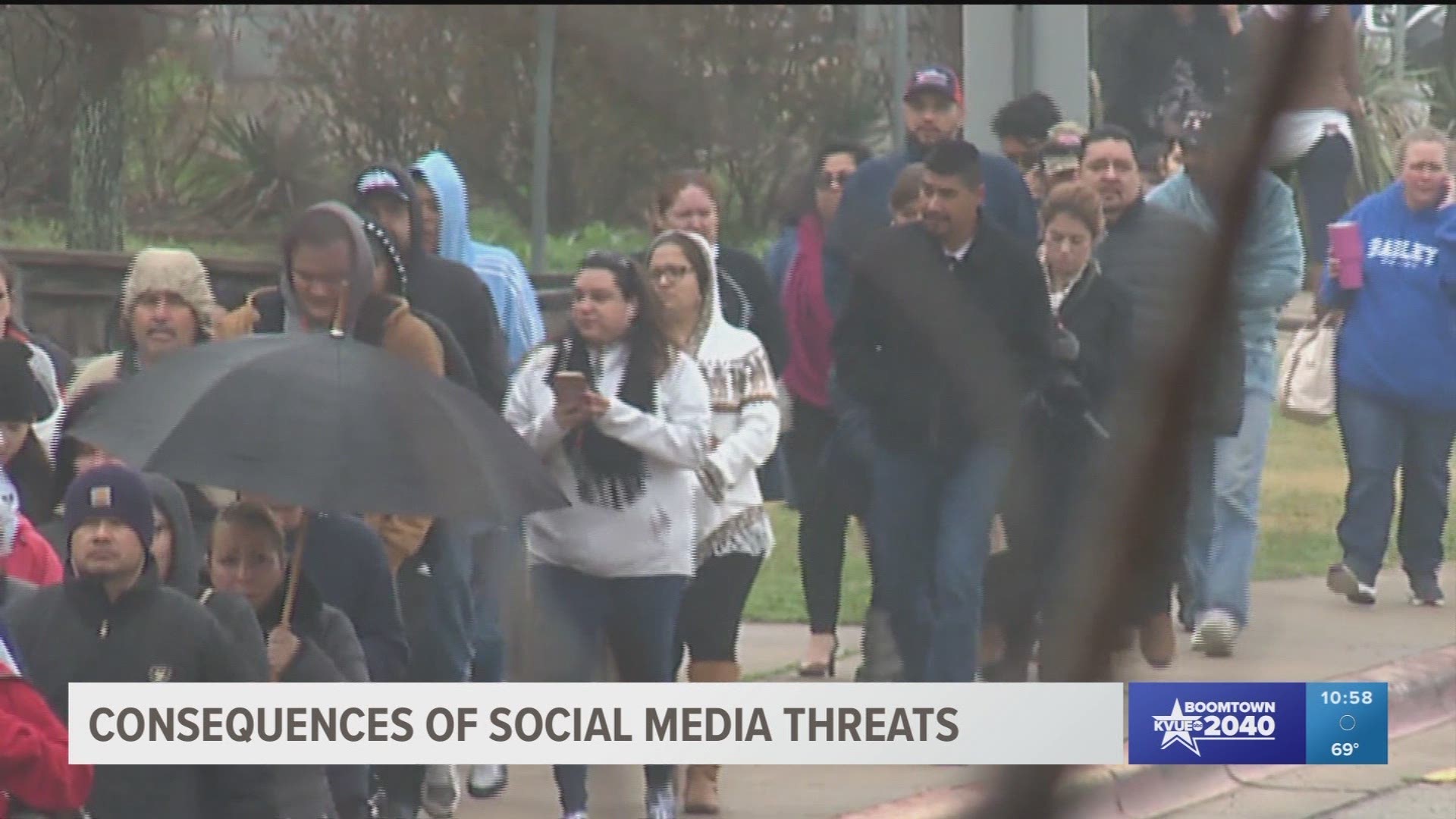 AUSTIN, Texas — Most kids in school have grown up with technology and social media around them from the very start -- but do they understand the consequences of what they say online?

A threat against Akins High School started circulating on social media Thursday morning. Investigators found the person they think is behind it, who is now charged with making a terroristic threat.

While nothing ended up happening at Akins, this trend of schools having to be shut down for things posted on social media has only grown with time.

In March, police arrested a McCallum High School student who made threats against the school on social media. In December 2018, a lockdown at Lockhart High School was eventually lifted after investigators discovers a social media threat wasn't credible and was just a stock photo from the Internet. Going back to June 2016, during a lockdown connected to reports of a gun in a bathroom at Gus Garcia Young Men's Leadership Academy, AISD's police chief went as far to say social media helped spark unnecessary panic among students and parents.

Keri Stephens is a Communications Professor at the University of Texas at Austin. She has studied in-depth how social media is embedded in the lives of our younger generation.

"People are encouraged to post first and think second," Stephens said. "What you put out there is how people are going to judge you, and I wish that weren't the case, but that's the case."

"The problem is people do just pop off and they don't really mean anything by it," Stephens said. "Other times, they're being very deliberate in terms of their posting."

For the Austin Police Department, Officer Surei Scanlon said her department has a social media specialist who will check out alarming or threatening posts.

"Our social media specialist will take any posts that are alarming, threatening and send them over generally to our ARIC [Austin Regional Intelligence Center] division or another investigative unit that will be appropriate so that they can look into it," Scanlon said. "It is our priority to make sure everybody is safe, so we will follow up and do investigations as we see fit."

For Stephens, she said she hopes the "post first, think second" approach will eventually switch.

"It's become a natural norm in a lot of communities to just keep this is a form of conversation," Stephens said. "We need to shift that perspective."

And it's not just kids. Police arrested a 39-year-old man Thursday. He's accused of threatening – on Facebook – to shoot up a Pluckers restaurant in North Austin where he used to work.

Stephens also said there are plenty of positives of social media during times of crises. It allows people to have the ability to reach to other people they need to when time is of the essence.