LOCKHART, Texas — It's been two years since Hurricane Harvey left massive damage to the Texas Gulf Coast. Even now, there are still parts that are not fully recovered.

That's where a Lockhart third-grader came into play.

As an avid reader, Hayden Rich loves the library. It's a place he loves to visit, whether it's at school or on vacation.

Their whole family spends every summer down in Port Aransas. Bagwell has a summer job as an activities director there. But the past several years, things have been a little different down there.

RELATED: 'We lost 100 percent of everything we owned': Rockport continues to build 1 year after Harvey

"We used to use the library during the summer, and after Harvey destroyed the library and also the police department, he decided he wanted to give back to help them," said Bagwell.

"Harvey tore it down," explained Hayden. "I had a lemonade stand, in Port Aransas ... because I love reading and I want to be a police officer when I grow up." 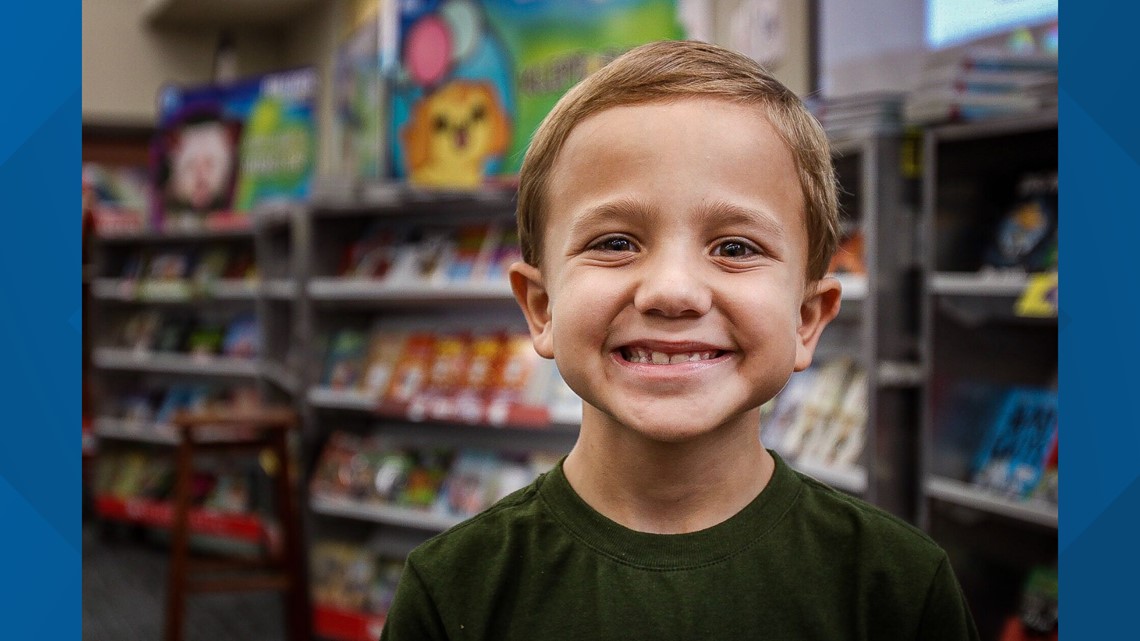 Every cent he raised is going to the town for repairs.

"[He raised] $715 and he gave 100% back to them – lots of lemonade, lots of lemons, lots of sugar," said Bagwell. "I think there's so much negativity in the world that I think it's time for positivity to show the positive in the world, that even as young as he is he can have a big heart and he can go on and do great things."

As an avid reader, he thinks everyone deserves a chance to read books.

He's not done either. Hayden and his family are still trying to raise even more money through an auction and, you guessed it, more lemonade stands.

If you would like to help, you can reach out to Bagwell at KimmyBagwell@Gmail.com.