In 2019, the SXSW festival is not lining up with a few major spring break calendars -- which could cause population problems. 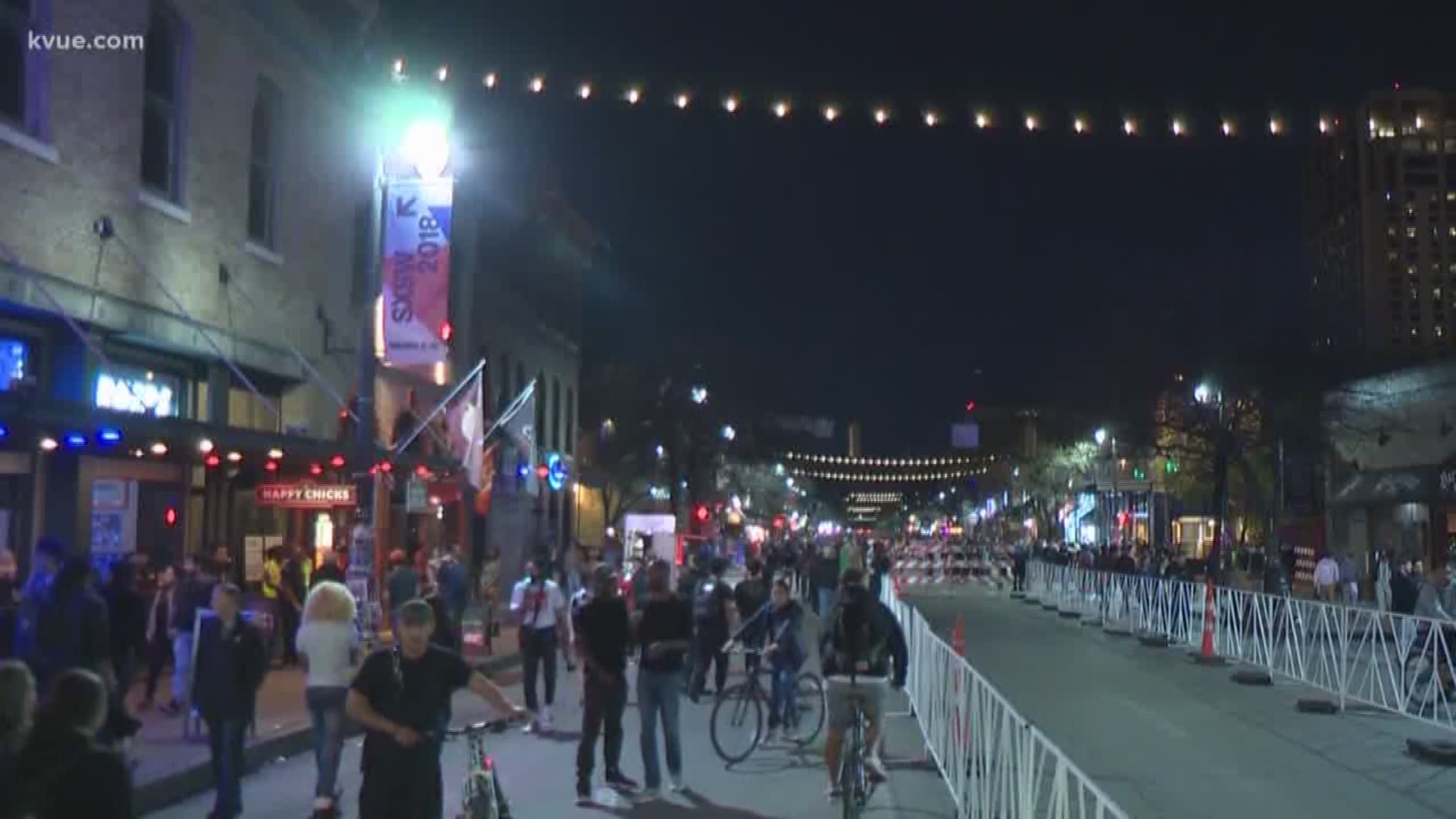 AUSTIN -- Brace yourselves, South by Southwest 2019 planning is already in the works and based on recently released calendars, next year's festival won't be lining up with local spring breaks.

"In November 2017 SXSW contacted officials at the University of Texas Registrar about their announced change in UT's Spring Break 2019 dates. The dates broke historical patterns and were in conflict with SXSW’s contracted dates.

SXSW’s 2019 dates and contracts were originally in sync with Spring Break based on decades-long precedent set by the Texas Higher Education Coordinating Board. UT and AISD deviated from precedent and set their 2019 Spring Break one week later.

Based on research, most of the other Texas colleges and school districts are still in sync with 2019 SXSW’s historical Spring Break dates.

We asked UT, AISD, Texas State and others to revise these out-of-sync dates to avoid a host of problems including UT Commencement falling on Memorial Day weekend, but were unsuccessful."

In an interview, SXSW Chief Programming Officer Hugh Forrest said, "at the size and scale and scope of SXSW at present, we're setting dates ten years in advance. We've got dates already for 2025. That's how big conventions, big meetings work. You have to book that far out in advance to get the convention center, to get 50-70 other hotels that you work with"

According to AISD, trustees approved the calendar for the 2018-19 school year in January. Three options were presented to students, staff and families for voting from Nov. 20 through Dec. 15. The calendar with spring break on March 18 through 22 received the most votes (11,388).

"UT Austin deeply values its relationship with SXSW. Our students and faculty love participating in all aspects of the conference. We regret that SXSW chose to schedule their 2019 conference at a different time than UT Austin's Spring Break.

The university publishes its official academic calendar about a year before the start of an academic year, to give the thousands of stakeholders who use it ample time to plan. The dates for Spring Break 2019 were set and published online in the fall of 2017, about 18 months in advance of the vacation. There were no changes to the calendar after it was published. It was set following a standard formula the university has followed for many years based on the common calendar of the Texas Higher Education Coordinating Board and the educational needs of our students."

In an interview, University of Texas spokesperson J.B. Bird said, "We regret that SXSW chose to schedule ahead of our spring break. And we love SXSW. Our students love it. They love to participate. Our faculty do. And our partnership is always going to be really important. It's a big deal for us."