A local agent makes funny videos to show an inside glimpse of the hectic housing market in Austin as inventory remains low. 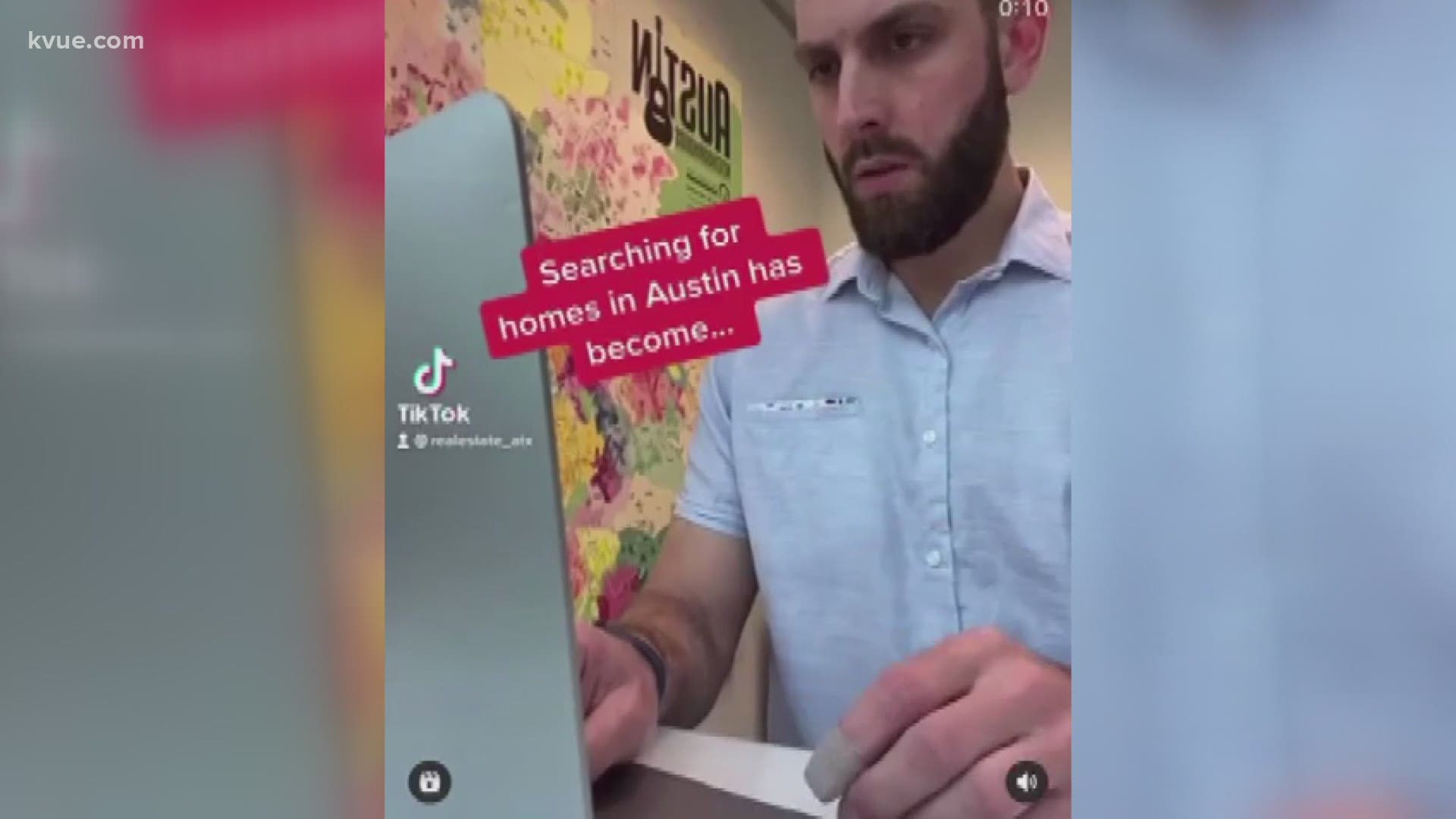 AUSTIN, Texas — Trying to buy a home in Austin right now can come with a headache and some major anxiety, especially for first-time homeowners or those moving from out of state.

But one local Realtor has been shedding some light on the hectic housing market with some comedic relief through his recent TikTok videos.

Ian Grossman has gained quite a following on the platform, with commenters from all across the country asking him about tips for moving to the capital city.

"I feel like it's the only way to stay positive in the current state of the market," said Grossman

He said it was in January 2021 when it really started to sink in just how much of a housing shortage the Austin area is experiencing right now in order to meet the demand of interested buyers.

"I think what opened all of the Realtors' eyes was there was a listing in Brushy Creek up near Round Rock. I think the total was 97 offers. I want to say it sold for over $200,000 the asking price," said Grossman

But he said he's had some clients that have felt no choice but to branch out to other neighboring cities of Austin due to the overwhelming market.

One Austin woman recently took to Twitter to write that her Austin home search ended in San Antonio.

Some young professionals are also eyeing Pflugerville as a new destination. On Thursday, we spoke with Erica Williams, a young woman who recently bought a home there. We asked her why she stopped looking at the Austin market.

"For one, the prices in Austin have skyrocketed tremendously, the other thing is just the congestion," said Williams. "I even looked at Jarrell. The outskirts just have more space and don't feel right up on each other."