Three people were killed and two people suffered minor injuries after a shooting at a White Settlement church Sunday. 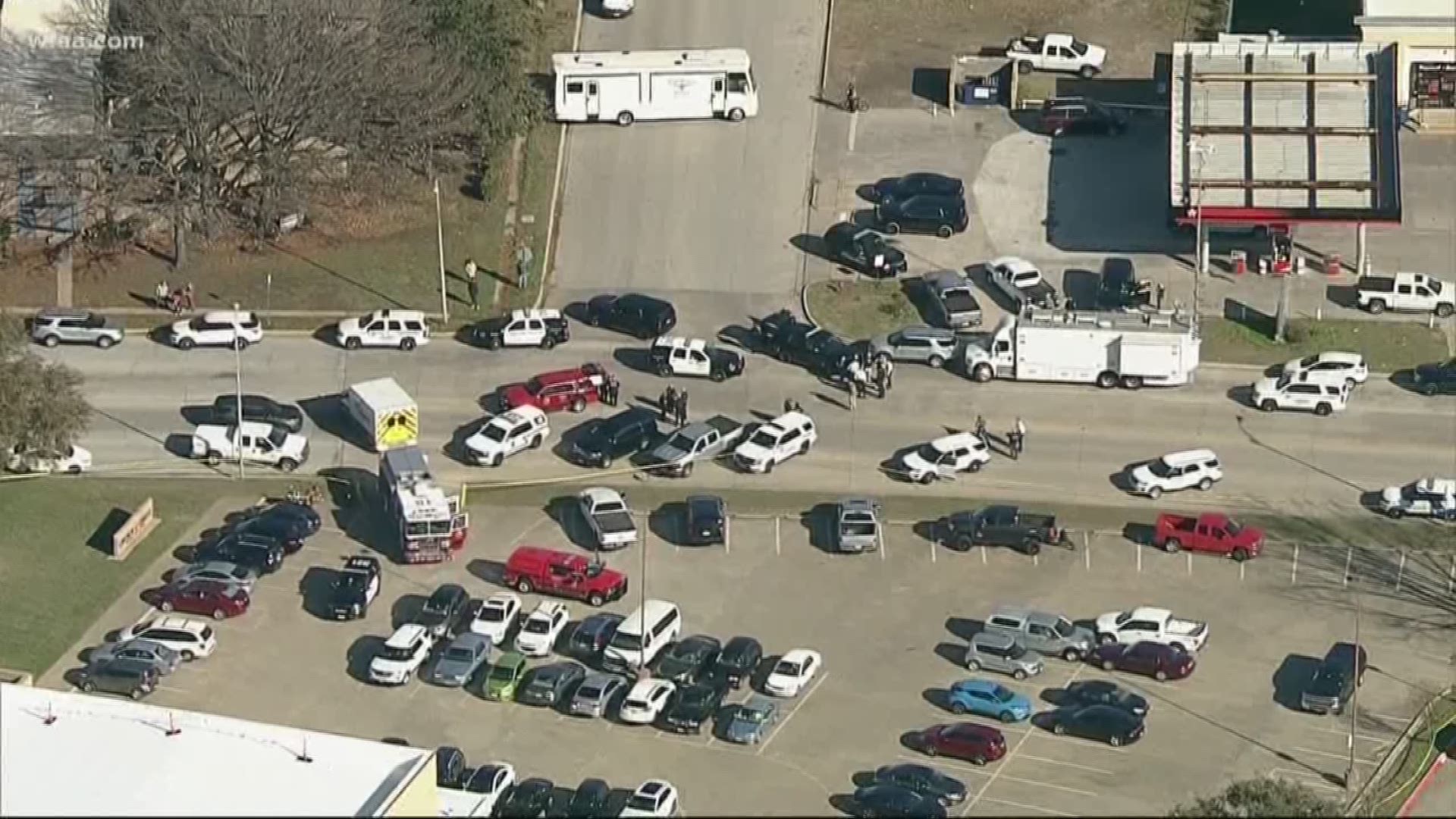 WHITE SETTLEMENT, Texas — The motive for a fatal shooting at West Freeway Church of Christ in White Settlement, north of Fort Worth, remains unclear, officials say.

Authorities hadn't released the names of anyone involved as of late Sunday, but indicated the suspect had "roots to the area."

He commended the volunteer security officers for their efforts to take down the shooter.

"Our hearts are heavy today as we pray for the victims of this tragic shooting, their families, this church and this community," Patrick said. "But we are also grateful and thankful for the unparalleled heroism of two parishioners who were determined to protect the people in their church community."

Officials throughout the metro area and across the country have also praised the two men for saving the lives of fellow parishioners.

Here are some of their reactions: