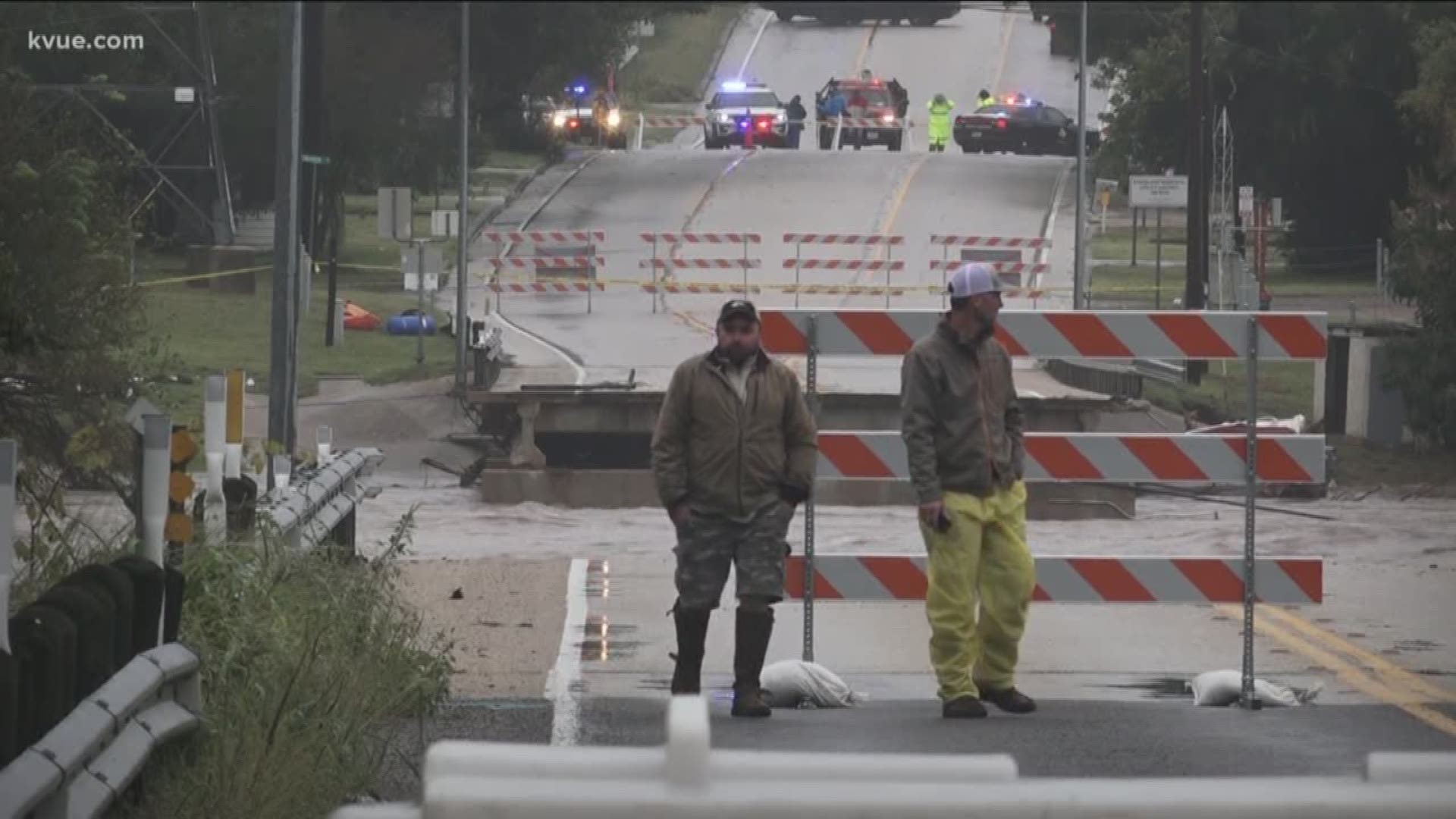 KINGSLAND, Texas — The FM 2900 bridge in Kingsland collapsed Tuesday morning due to rushing floodwaters from the Llano River.

Just after 9:30 a.m., the Texas Department of Transportation in Austin said the Kingsland bridge was washed away. The Llano County Emergency Management team reported early Tuesday morning that the bridge was at risk of flooding because of the flood history of the location.

It's not known if anyone was injured in the bridge collapse.

Justin Cullison captured video yards away from where the bridge was about five minutes after it collapsed. Large pieces from the bridge can be seen poking out from underneath the flood waters.

The flooding of the Llano River set on a series of mass evacuations for people in multiple cities who live along the water.

According to TxDOT, the bridge was built in 1969. The bridge was made of concrete and steel pilings with concrete decking. It was built to withstand a 50-year flood level. It was last inspected in May 2017, when it was deemed "structurally sound." TxDOT-maintained bridges are inspected every two years.

"It's going to be a big hold up in everything we do because we're going to have to drive so far to go out or get back in," said Billy Baker, who lives blocks away from the bridge.

Billy and Debora Baker were out watching what was left of the bridge, hours after the flooding waters made it collapse.

"Just getting in and out of this area is going to be our main problem," Billy explained.

"I really did enjoy having that bridge while it lasted," his wife, Debora, explained.

Once the water recedes, TxDOT crews will inspect the damage and decide how to repair it. This will be a priority for the agency and repairs will be expedited. Until then, drivers can use SH 71 or US 281 to travel north or south, as well as RM 1431 once water levels have receded.