Llano County police on the lookout for counterfeit money

The fake $100 bills were discovered during a narcotics search this week. 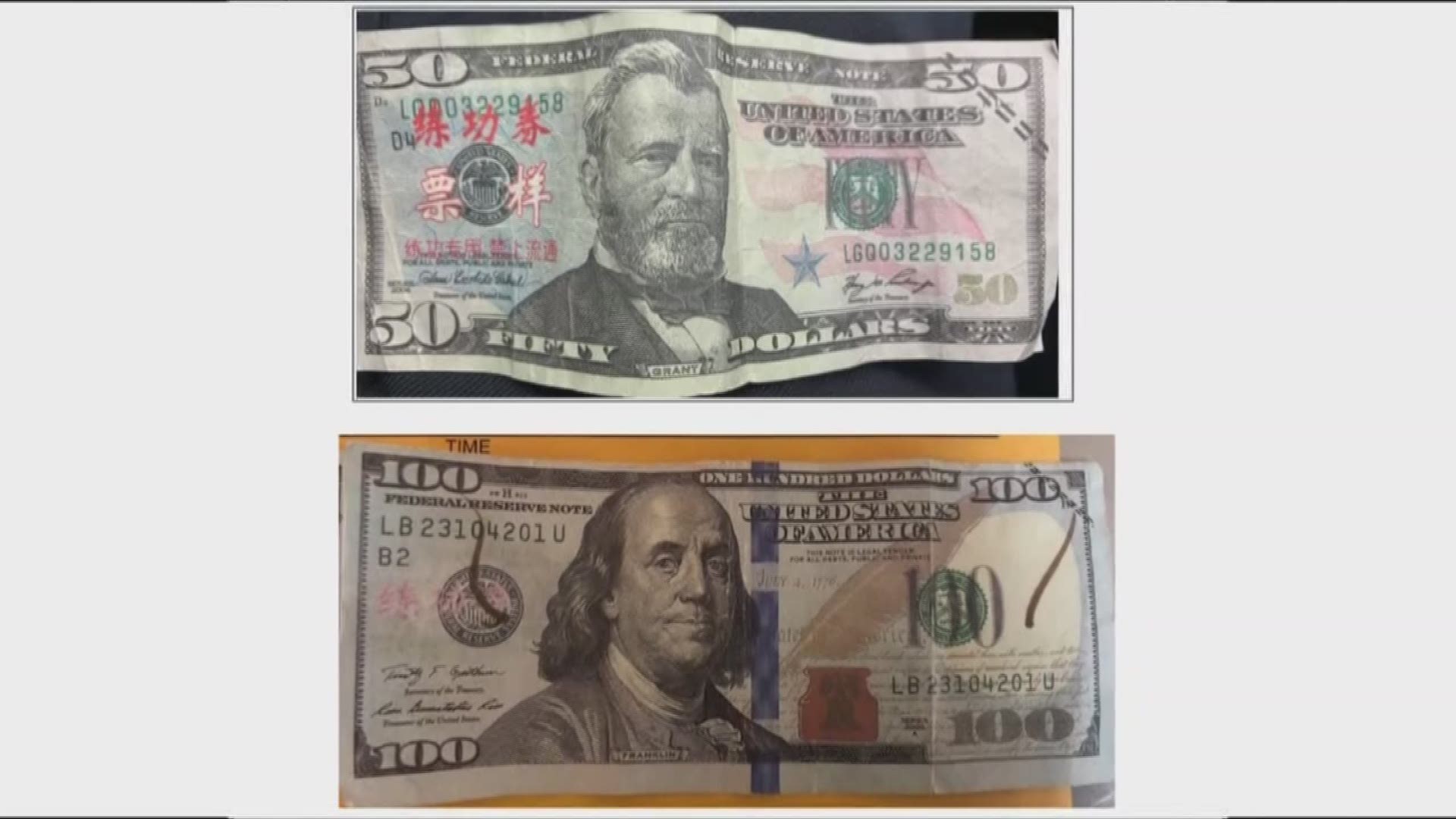 LLANO COUNTY, Texas — Llano County deputies are on the lookout for counterfeit $100 bills after several of the fake bills were found during a narcotics search.

The officers say they have reason to believe there are more of the bills floating around.

The currency notably has red Chinese markings on the front and back of the bills. Police say the weight and feel of the paper is also different from real $100 notes.

“Bills that are marked like the ones in the picture are actually used in China for training Chinese bank tellers in American currency,” said the Llano County police in a post on Facebook.

“They’re also used as prop money and such.”

The counterfeit money was reportedly passed at a business not long before the rest was discovered.

Locals are asked to check the money given to them and remain vigilant.

Anyone with any information on the counterfeit money is asked to contact police at (325) 247-5767.