Austin Police Chief Brian Manley said the APD and the USPS will work with the FBI and ATF National Response Team along with other agencies to investigate and they will 'leave no stone unturned.' 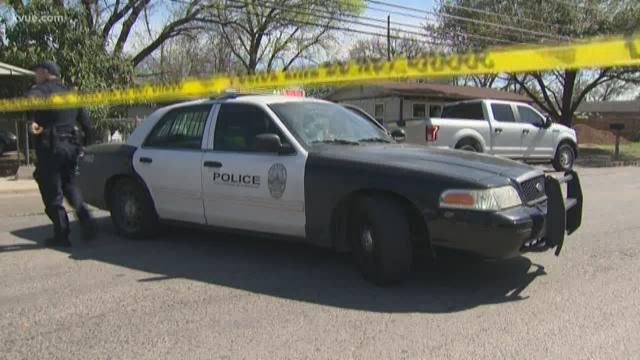 Austin police have identified the second victim killed in a series of exploding packages in the Austin area as 17-year-old Draylen Mason. Police said his mother, who was also injured, is still recovering.

Mason was the victim of the first explosion Monday. The University of Texas at Austin confirmed Mason had been accepted into the Butler School of Music in UT's College of Fine Arts in Music Performance.

At a press conference Tuesday, Austin Police Chief Brian Manley said the 75-year-old victim of the second Monday explosion reported in the 6700 block of Galindo Street near East Riverside Drive remains in critical condition with life-threatening injuries. A family member confirmed her identity as Esperanza "Hope" Herrera. Police reported she picked up a package from her front porch, which exploded when she brought it inside just before noon March 12. A woman in her 80s was evaluated at the scene but was not taken to the hospital.

Neighbors who live on Galindo Street described Herrera as a friendly elderly lady who took care of her mother.

Gov. Greg Abbott's office is offering $15,000 for information leading to the arrest of a suspect,

"First and foremost, Cecilia and I offer our thoughts and prayers to the victims of these atrocious attacks," said Governor Abbott. "I want to assure all Texans, and especially those in Austin, that local, state and federal law enforcement officials are working diligently to find those responsible for these heinous crimes. As the investigation continues, the State of Texas will provide any resources necessary to ensure the safety of our citizens, and quickly bring those guilty to justice."

To be eligible for a cash reward, tips must be submitted to Texas Crime Stoppers using one of the following methods:

- Submit a tip through the DPS Mobile App

The city's mayor and police chief are warning residents not to open suspicious packages. 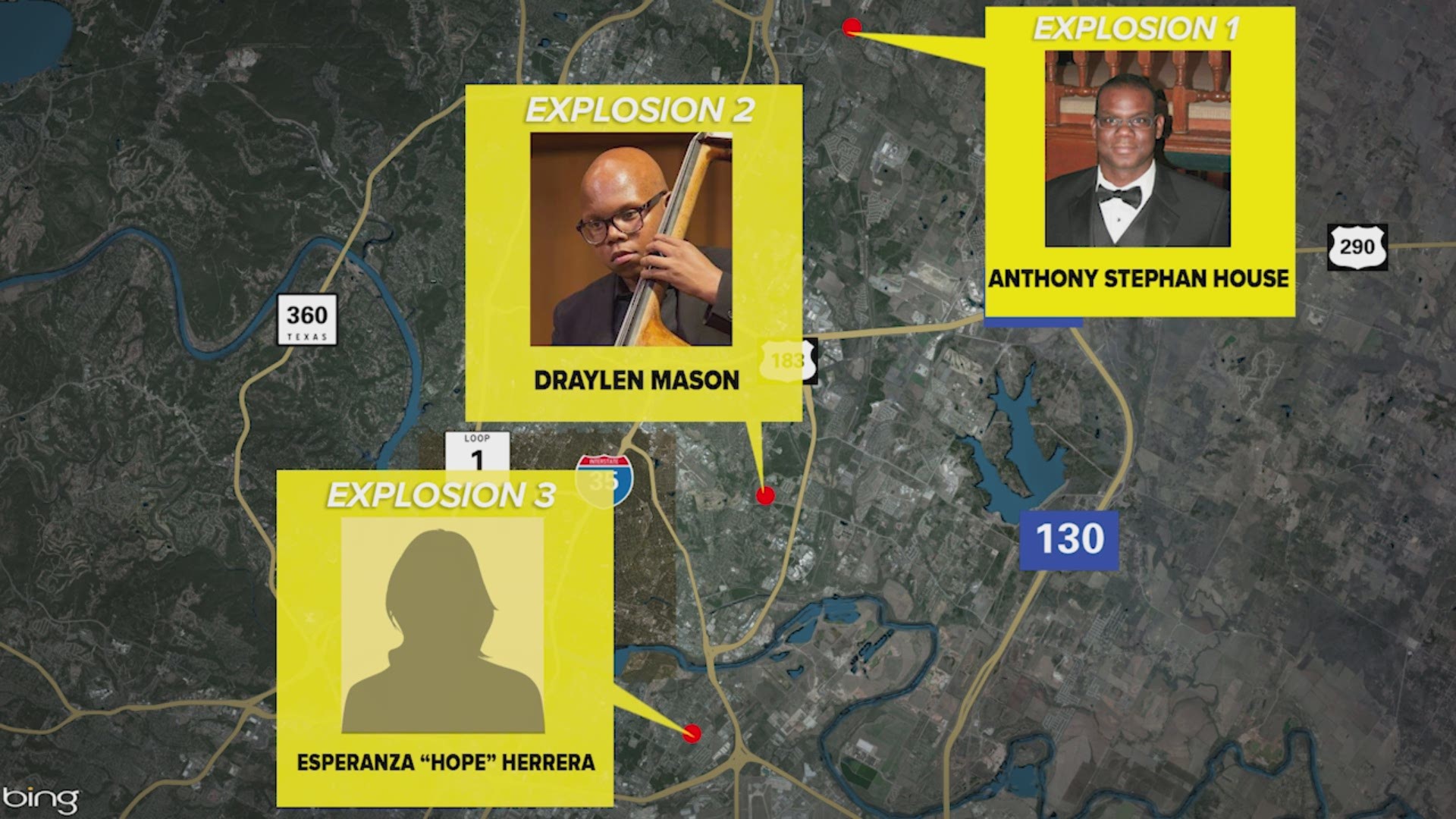 On Tuesday, the APD said that when they were investigating the March 2 explosion, they did not initially believe there was a threat to the public due to a theory that involved a major drug raid earlier on a similar-looking house. Police said they had believed the first attack was in retaliation.

Police also reported that the are investigating leads that may connect the victims, that they cannot ignore the fact that the victims were all people of color, though there is not currently any major indication that these attacks were hate crimes.

Austin Police Chief Brian Manley said the APD and the USPS will work with the FBI and ATF National Response Team along with other agencies to investigate and they will "leave no stone unturned."

Manley said that the APD has received offers from other agencies should police need extra force as many officers are being utilized for the South by Southwest festival. Though he did not say festival goers should be overly worried, he stressed the importance of "if you see something, say something."

"We are having innocent people getting hurt across this community, and it is important we come together as a community to solve this," said Manley.

Manley said it is not believed the packages were left by any official delivery service, and they currently do not have any suspect or vehicle descriptions at this time. Police did not want to give detailed descriptions of the suspect packages, saying any unexpected package could be deemed suspicious.

USPS reported Tuesday that it sent a refresher training to carriers to be careful of potential packages on porches. A spokesperson reported that USPS does not deliver packages at night past 6 p.m. or 7 p.m. and said that not all of its employees wear uniforms, though even contractors -- who do go through background checks -- must wear a hat, shirt or vest with some sort of insignia indicating they are an employee of the postal service.

Chief Manley tweeted that if you receive a package that you are not expecting, "DO NOT open it," and instead call 911 immediately. He later said if this happens, stand as clear as possible until police arrive.

🚨If you receive a package that you are not expecting or looks suspicious, DO NOT open it, call 911 immediately. RT- Help us spread this message. 🚨 https://t.co/j9bxbaaBce

Police are advising us to be aware of suspicious packages and to call 911 if you receive something you weren’t expecting, from a unknown source, or that is mislabeled. Do NOT handle the package. Call 911 and @Austin_Police will handle it. https://t.co/3IHTRS7vEU

As of March 18, police said they had received at least 735 calls reporting suspicious packages, none of which were deemed dangerous.

When there are new developments in this story, we’ll send notifications by push alert. Download the KVUE app on iOS and Google Play to get those alerts.

This is a developing story. KVUE will update this page as more information becomes available.