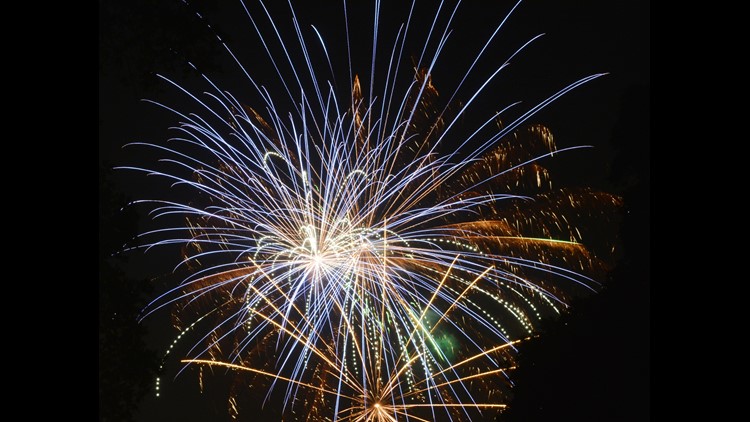 Fireworks at the Quarries

CENTRAL TEXAS -- Heavy rains on Wednesday threw a wrench in many Central Texans plans for the Fourth of July.

From causing a temporary evacuation at Willie Nelson's Fourth of July Picnic to canceling San Marcos' Summerfest, here's a rundown on what's still happening -- and what's not.

- The Austin Symphony at Vic Mathias Shores is still on:

- The City of Cedar Park will see a scaled down version of its Fourth of July celebrations:

The show will go on! But it's a scaled down version. We'll still have live music, limited carnival rides/attractions, free watermelon and some food vendors at Milburn Park, 1905 Sun Chase. Fireworks are at 9:15 p.m. Be advised: parks grounds are sloppy. Happy, muddy #CP4th!

- The City of Hutto's celebrations are still on:

The 4th of July Celebration is underway at Hutto Park at Brushy Creek.

- Leander's Liberty Fest is delayed, with new plans for parking and transport:

The events scheduled for Wednesday night in Landa Park have been canceled and postponed. Details on a specific date will be provided soon, the City said.

- The Red, White and Buda festival experienced delays, but fireworks are still on:

- Round Rock's festivities are still on:

- San Marcos' Summerfest has been canceled. Fireworks will go on as planned:

Fireworks will go on as scheduled tonight!

- Willie Nelson's 4th of July Picnic is resuming after a weather evacuation:

.@WillieNelson's 4th of July Picnic will resume in 30 minutes! Fans can return to the venue at 5:00pm and music will resume with Lukas Nelson & Promise of the Real kicking off at 5:25pm. We are still anticipating rain, so please dress accordingly.

LIST: Where to celebrate Fourth of July in Central Texas