Here's to the ones we lost. 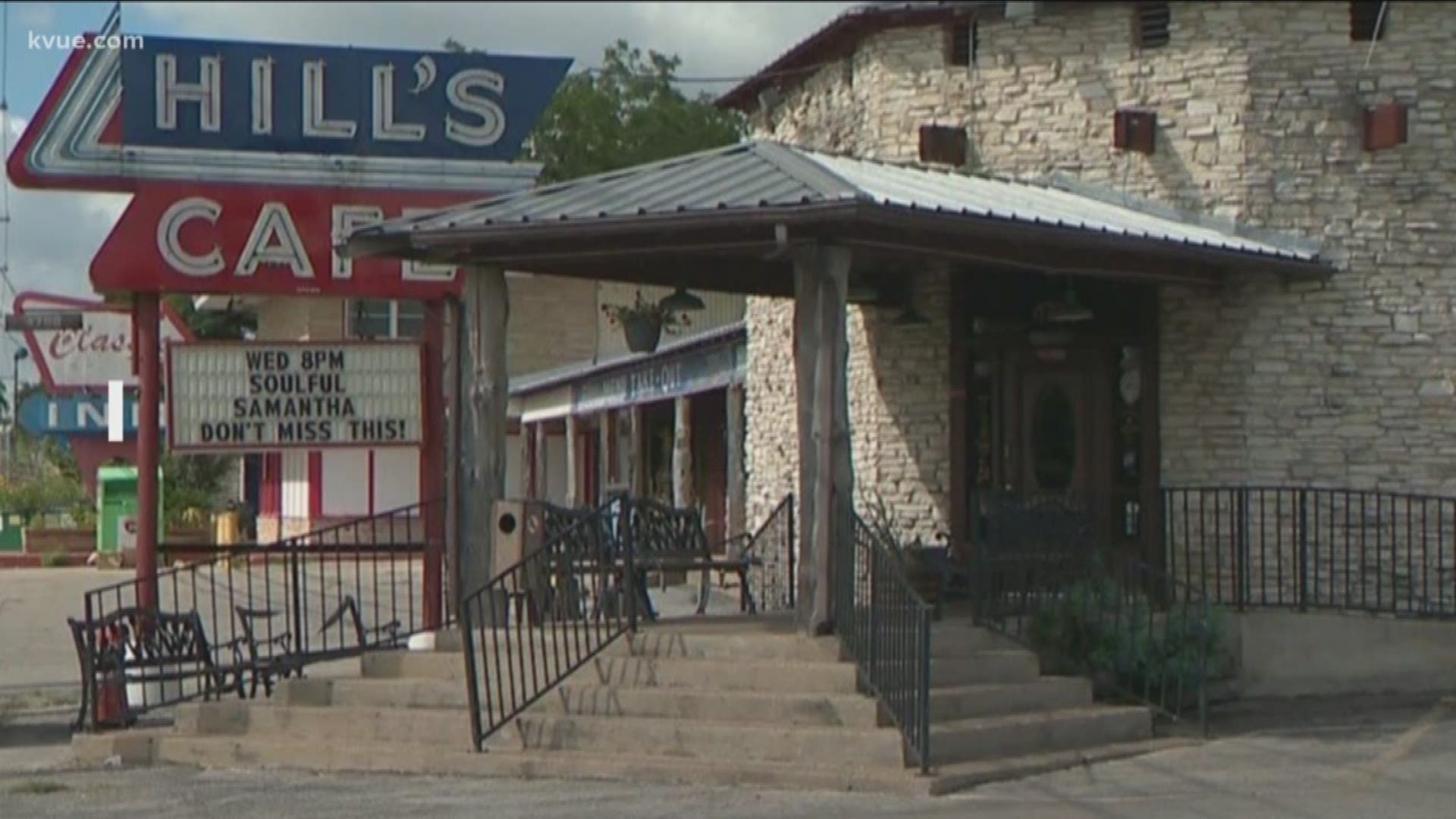 AUSTIN, Texas — It seems several mainstay restaurants are closing their doors across Austin and many of them blame the high cost of living.

From Hill's Cafe to Conan's Pizza and The Frisco, Austin has said their goodbyes to some fine food.

Here's a list of iconic Austin restaurants who have closed in recent years:

Alcomar – closed May 2018
The Mexican seafood restaurant closed because of high rent costs.

Arro – closed February 2016
A bar entrepreneur reportedly took over the location of this French restaurant back in 2016.

Blue Star Kitchen – closed January 2019
After 13 years, the restaurant served its last meal at the beginning of 2019. Employees said it closed because of high rent and property taxes.

Chicon – closed June 2018
The East Austin restaurant shut its doors in 2018, but reports say the new owners will turn the space into something new, possibly a bar.

Conan's Pizza – closed July 2018
Longtime Conan's near the University of Texas campus closed after 42 years due to rising property taxes.

Dolce Vita – closed October 2018
After 26 years, this sweet place shared the news of its closure in a Facebook post.

EZ's Brick Oven & Grill – closed in 2016
The San Antonio-based restaurant that made its way to Austin closed after a fire caused a reported $400,000 in damage.

Fran's Burgers – closed in 2013
This famous South Congress burger joint closed in 2013 after 40 years in business. However, there are still a few Dan's Hamberger locations throughout Austin.

The Frisco – closed summer of 2018
It became famous for its home-cooked meals and burgers wrapped in paper. The place closed after 65 years at its Burnet Road location.

Hills Cafe – closed September of 2018
Served their first chicken fried steak 72 years ago and this location is now becoming a mixed-use development.

Hut's Hamburgers – closing October 2019
The iconic West Sixth Street restaurant will be closing its doors after 80 years. It originally opened in 1939.

RELATED: Hut's may be closing, but don't forget about these Austin icons still serving up burgers

J.T. Youngbloods – closed December of 2018
One of the best known fried chicken restaurants in Texas has closed its doors again after moving to a Mueller development.

Lucy's on the Fly – closed April 2018
The South Lamar location saw its last customer in 2018, but the owner is set to open another branch of Lucy's Fried Chicken in Cedar Park.

Players – closed 2014
Late-night UT hangout Players closed its doors in 2014 after serving up burgers for 33 years.

Red Shed Tavern – closed March 2018
The South Austin bar served its last customer in 2018. The owners reportedly decided not to renew their lease because it "didn't make sense" for them to renew.

Threadgills – closed November 2018
The owner Eddie Wilson blamed high rent and increasing insurance costs as the reason for the closure.

Tacos and Tequila – closed September 2018
This southwestern bar reportedly closed because of unpaid rent, owing more than $70,000 to its landlord.

Tap 24 – closed September 2018
West campus said goodbye to this bar after the owner decided not the renew the bar's liquor license.

Winflo Osteria – closed March 2018
After five years in business, this Italian restaurant closed in March of 2018. The space was taken over by someone from New Orleans, who planned to keep it a restaurant.

...and the list goes on. Here's to the ones we lost. They will be missed.

Here's an in-depth look at the ones we said farewell to in 2018.