AUSTIN, Texas — While most Austin area residents aren't dealing with damage after an overnight storm, some people are.

One Austin resident woke up to a loud bang outside and found that a lightning strike hit a tree right in front of his house. Scott Sternhagen told KVUE he has lived in Austin for about 30 years and has never had to deal with any weather damage like this before.

"I just heard a big boom," Sternhagen said. "The lights flickered in the house and a couple of things fell off the walls and I knew something had hit the house. I came out and saw the tree and saw it split in half from the lightning."

The tree fell onto the neighbors' property and crashed through their house. The tree caused lots of damage inside their living room, leaving pieces of the tree scattered inside.

Thunderstorms weaken as they move east across Central Texas

Lightning may also be to blame for a Lakeway house fire. Because of the storm that rolled through, the fire crews believe it's likely lightning sparked this fire. 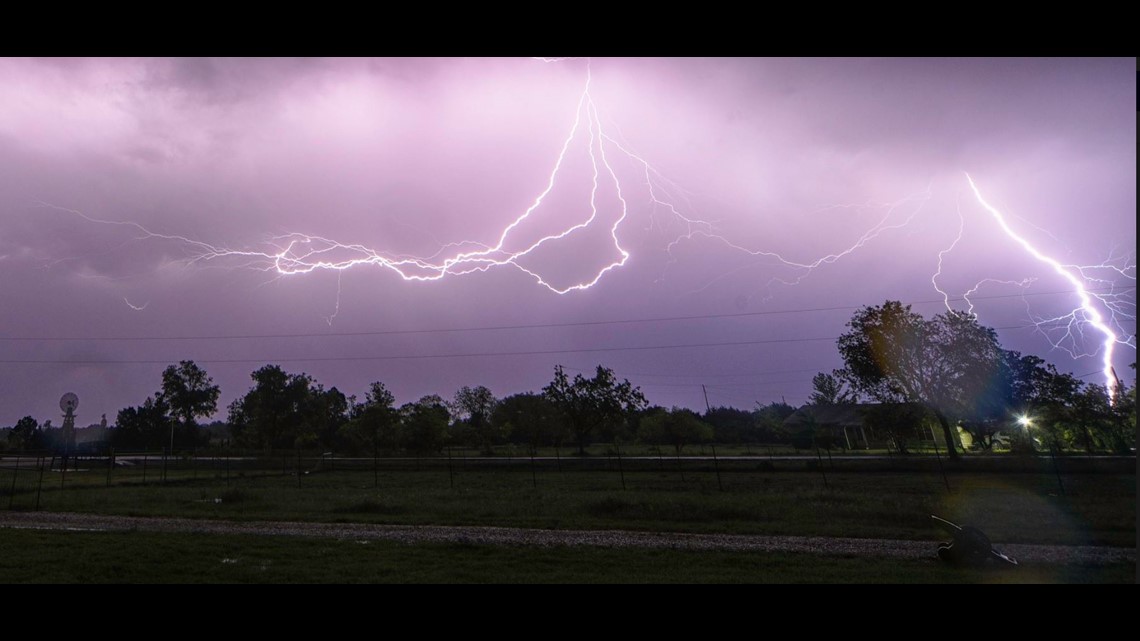 The worst of the storm passed through Austin at about 2 a.m. and headed east. Thursday is expected to be sunnier with temperatures in the mid-70s.

For continued weather coverage, be sure to download the KVUE app to get the latest updates. You can download it here.