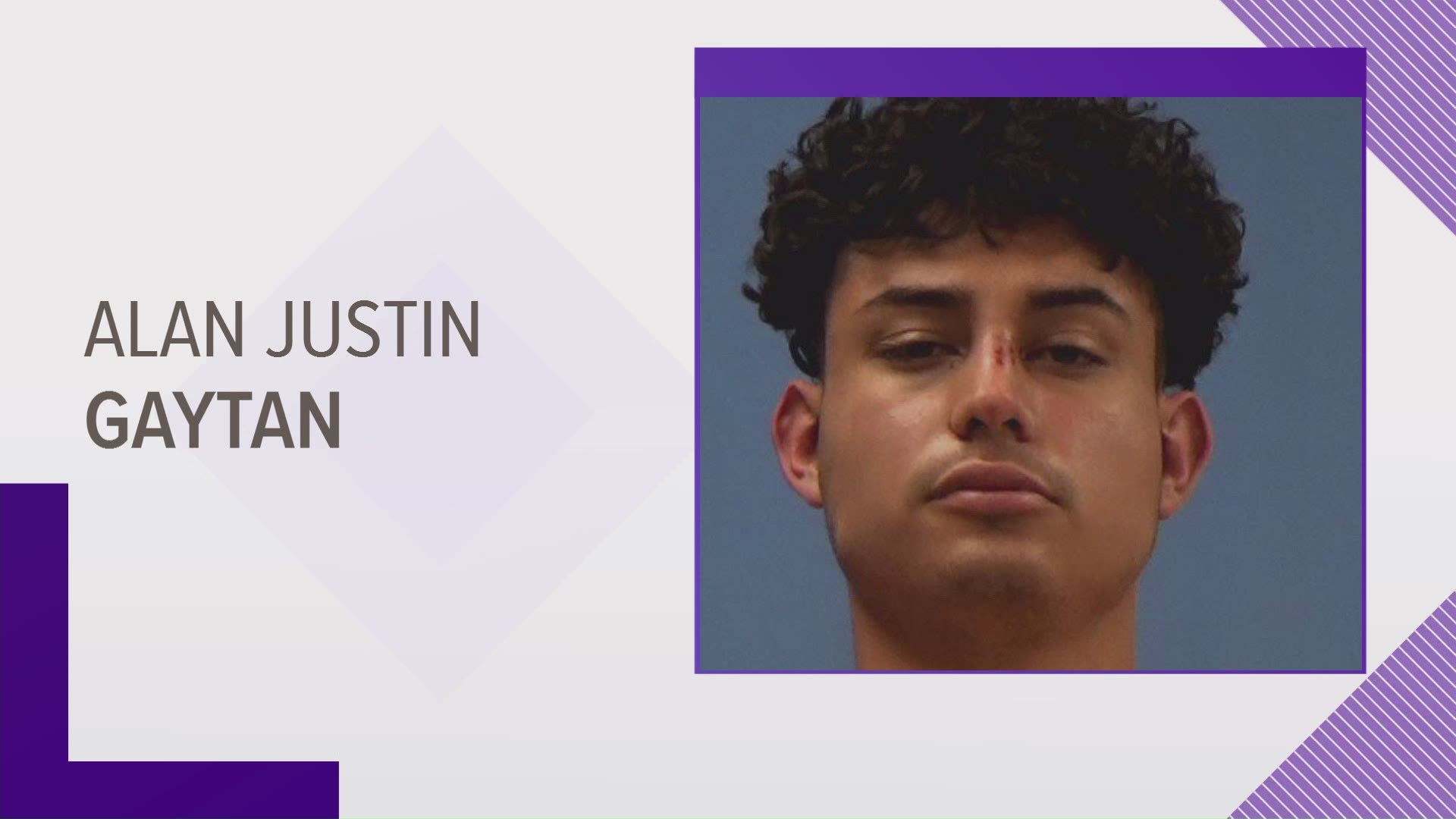 LEANDER, Texas — The man accused of killing two people in a deadly hit-and-run crash in Leander early Wednesday morning told police he took "multiple intoxicating drugs" before the crash, according to an arrest affidavit.

According to witnesses, shortly before 12:20 a.m., two people riding on a motorcycle had just entered the intersection of U.S. 183/183A when a driver, identified as 21-year-old Alan Justin Gaytan, ran a red light and crashed into the motorcycle at a high rate of speed.

The victims, 40-year-old John Ware and his 17-year-old son, John Ware Jr., of Bertram, died at the scene, according to police. The two were on their way home from work when the crash happened. The impact tore the motorcycle in half.

Gaytan's car came to a rest in the QuikTrip convenience store parking lot nearby. Police said he then ran away from the scene as a witness chased him through the parking lot near the Wash and Roll business.

At some point, police said Gaytan entered QuikTrip and asked a clerk for the keys to their car. The clerk refused, and Gaytan returned to his wrecked car.

He then ran from the scene again into nearby rural property, where police and witnesses lost track of him.

At about 7:30 a.m., a witness called police and said she had seen a person matching a picture shared on the news walking on San Gabriel Parkway near CR 270, about 1.5 miles from the crash scene, according to the affidavit.

When police arrived, Gaytan again tried to escape through a pasture near the 2700 block of Hero Way, police said. Officers ended up using a Taser and arresting him.

While riding in an ambulance on the way to a hospital, Gaytan admitted to the Leander police sergeant on board that he took "multiple intoxicating drugs," drove his car and was involved in the crash earlier in the morning, the affidavit said.

Gaytan faces two counts of failing to stop and render aid (accident involving death) and possession of a controlled substance. His bond is set at $600,000.

However, additional charges are pending because police believe Gaytan was in the process of fleeing from officers in Lampasas, moments before the deadly crash.

Gayton also had outstanding warrants for his arrest from the Austin Police Department and the Travis County Sheriff's Office for family violence, interference with an emergency call, evading arrest in a vehicle and unlawful restraint, according to Leander Police.

"It is with heavy hearts that the Burnet High School family mourns the loss of one of our students involved in the hit-and-run crash early Wednesday morning in Leander. Our heartfelt sympathy and prayers go out to the families and friends affected by this tragedy. Counselors will be on hand to offer any needed emotional support for staff and students."

If you have any information regarding this case, contact Leander police.

A Utah mother called 911 to help her teen who has autism. Police shot him.