An Austin mother says she's disappointed with her daughter's school after the young girl came home with an assignment asking students to draw themselves as a slave. 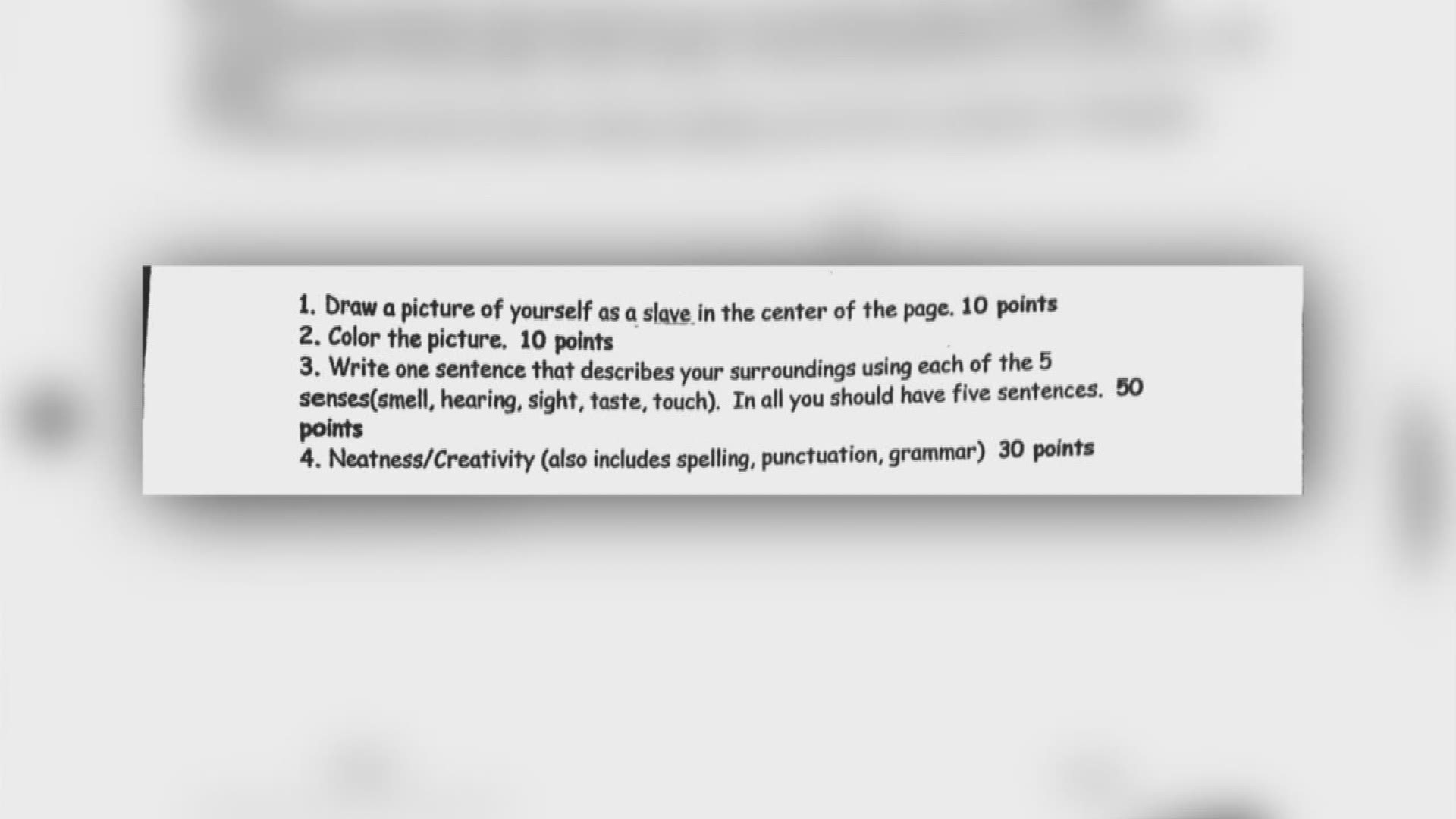 A northwest Austin mother wants answers after she said her 12-year-old daughter came home from Four Points Middle School with an assignment that instructed the young girl to draw a picture of herself as a slave.

"There's nothing about slavery that I would want any child, regardless of color, to have to relive," her mother Tonya Jennings said.

Jennings was shocked when the seventh-grader pulled the assignment out of her backpack and showed her what was on the last page.

"I turn it, and then, of course, my eye is drawn to the title, 'Making Sense with the Senses.' And then I read the four points. And I stopped after reading, 'Draw a picture of yourself as a slave.' I just stopped right there," Jennings said.

The assignment also instructed students to color the picture and to describe what they would smell, hear, see, taste, and touch if they were a slave in the Civil War.

Jennings said the rest of the assignment is about the Civil War, but it makes no other mention of slavery.

"It is completely out of place. It just doesn't even go with the packet at all. To ask my child to put herself in a situation where she has to draw herself as a slave was an issue just, you know, all the way up the board," she said.

"A parent contacted Four Points Middle School earlier today with a concern about a Texas History lesson regarding the Civil War and the role of slavery. The campus quickly responded to the parent to hear his concerns and discuss the situation. When teaching sensitive content, we strive to deliver lessons with care and context to our students.

The tragic impacts of slavery are well documented and relevant to our state and nation’s history. The state curriculum for seventh-grade history expects students to explain reasons for Texas’ involvement in the Civil War, including states' rights, slavery, sectionalism and tariffs. The state also asks students to be able to identify points of view from the historical context surrounding an event and the frame of reference that influenced the participants.

While Jennings said she understands the importance of teaching children about the Civil War, asking them draw themselves as slaves is where she draws the line.

"It doesn't fit," she said. "It doesn't even fit the narrative of what they're trying to do."

Jennings said she will be meeting with school leaders on Monday to discuss better ways the district could teach students about slavery in the Civil War.