Leander could cut ties with CapMetro

It would mean bus and rail services would come to an end in the city. 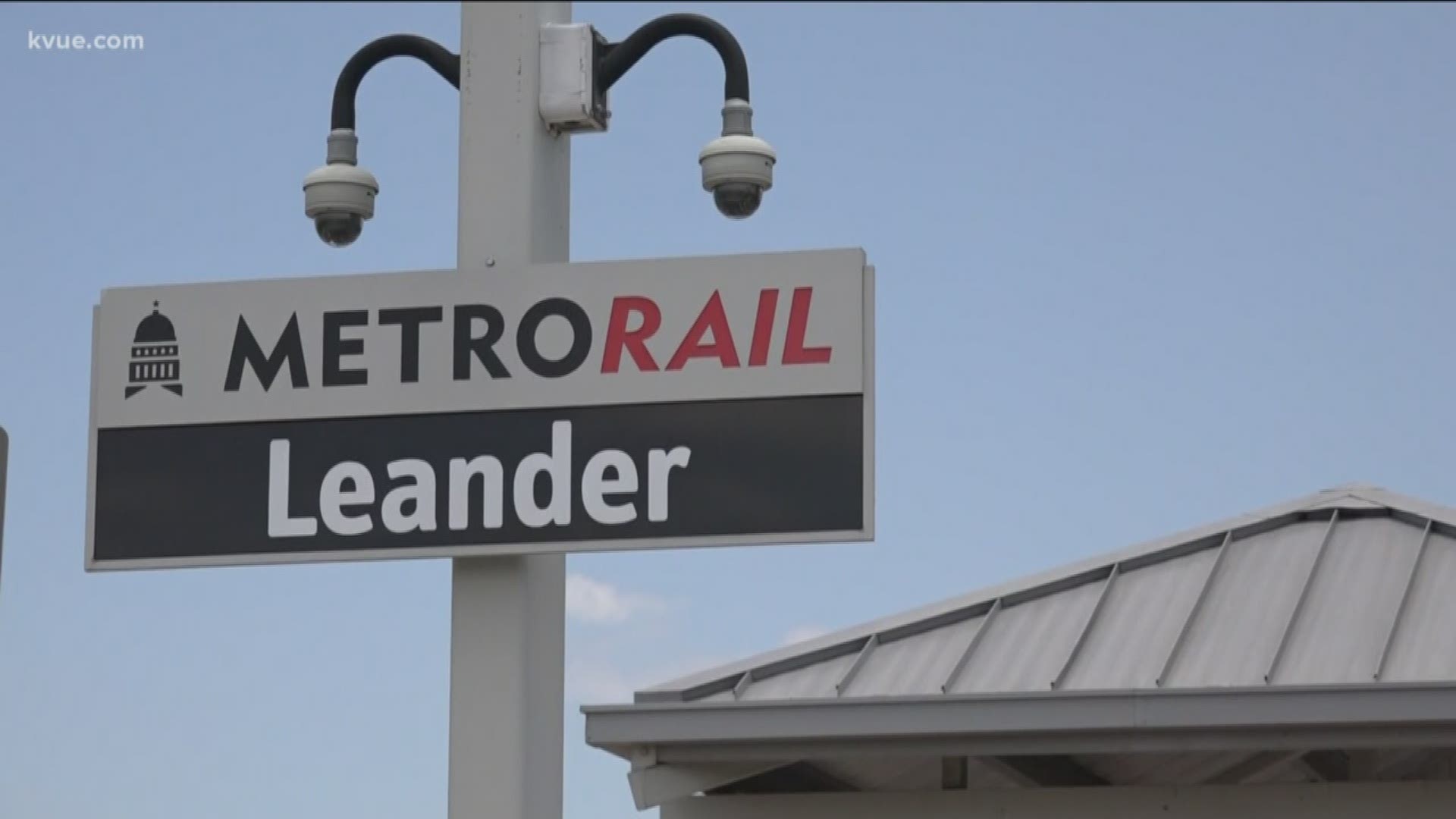 If voters approve of the withdrawal, it would mean bus and rail services would come to an end in the city.

The Leander mayor and the interim city manager are set to soon negotiate an agreement with an attorney to start the process to cease using Capital Metro’s services. The topic is on the city council's agenda Thursday.

A 1% sales tax imposed by Leander and other service areas is what funds the agency. Leander Mayor Troy Hill is considering reducing that sales tax cut.

Capital Metro told KVUE, "There is no legal ability for the authority [CapMetro] to reduce just one member's sales tax contribution to the authority."

CapMetro said it is willing to discuss the issue further with the City.

"We're always ready and willing to work with them to modify, improve, upgrade – do what we can do to meet the needs of that community," said Todd Hemingson, executive vice president of planning and development at the transit agency.

Operating cost for current service provided within Leander City boundaries is estimated at $9.3M per year. If Leander was to withdraw and contract for service, Leander would also need to pay for the capital costs related to the rail line, trains, buses and other infrastructure, the rent of the Leander station, as well as a proportional share of accessing the transit network. We currently do not have an estimate for the total cost of service, but it would be higher than $10M a year."

"Under current Texas state law, it is unconstitutional for us to reduce the sales tax for just one, or a few, but not all member cities.

Capital Metro believes in regional mobility solutions and we are happy to discuss with Leander and other regional stakeholders how we can better facilitate partnerships that meet joint goals."