Officials say they have had reports of one dog dying and five dogs getting sick after playing in the Hudson Bend area of Lake Travis. 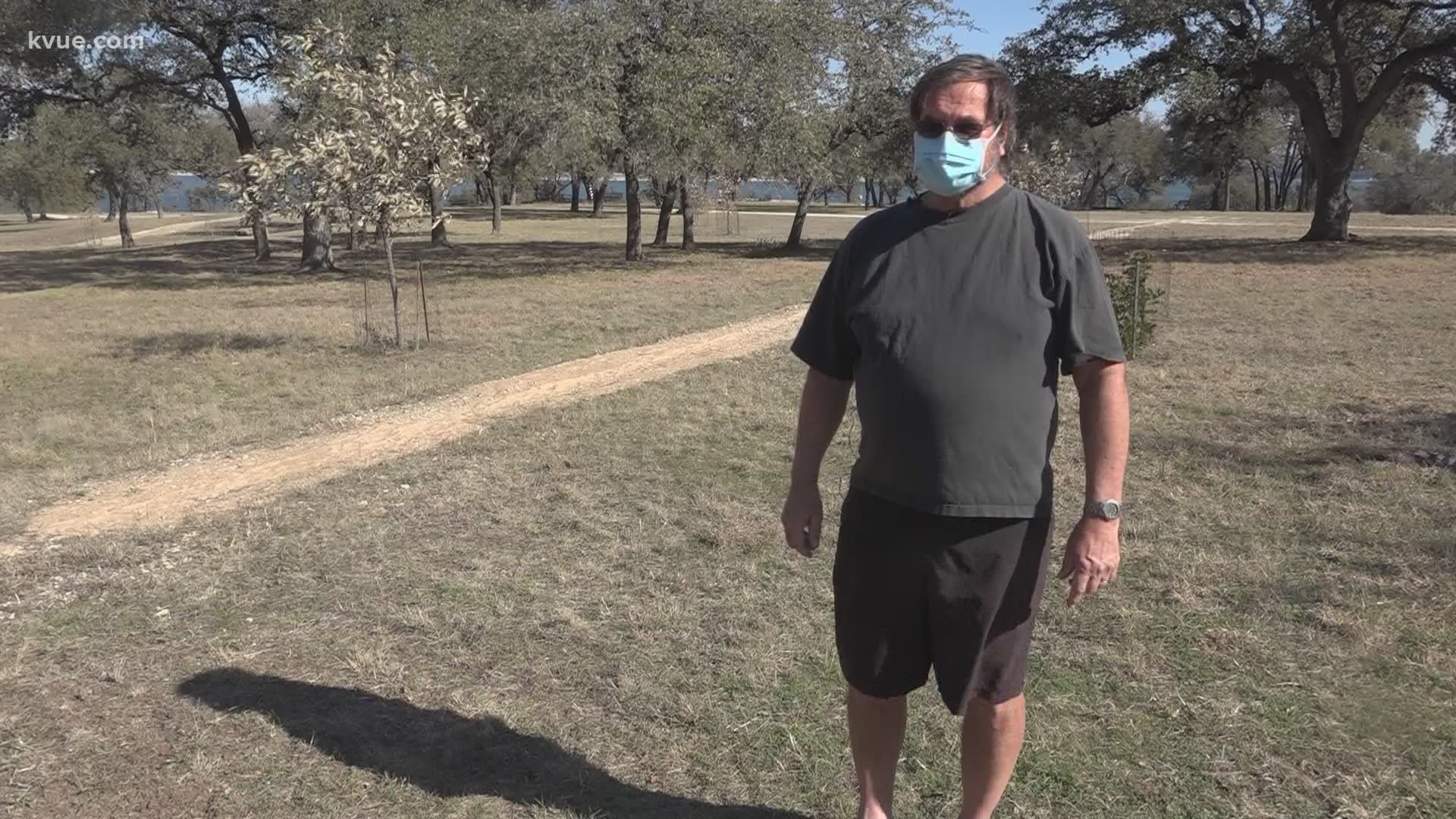 AUSTIN, Texas — The Lower Colorado River Authority (LCRA) is urging pet owners to keep their animals out of the water in the Hudson Bend area of Lake Travis after reports of dogs falling ill.

The LCRA said test results from solid organic material taken from the edge of Lake Travis near Travis Landing on the east side of Hudson Bend contained cyanotoxin. Cyanotoxin is found in blue-green algae when it is producing toxins and can be fatal to dogs and other animals.

A spokesperson for the LCRA released the following statement on Friday:

"We strongly encourage dog owners not to let their pets play in the lake or near shorelines where algae has accumulated near Hudson Bend. We have had reports of one dog dying and five dogs getting sick after playing in that area of the lake. In addition, we have had a report from pet owners in the Comanche Point area, directly across the lake from Hudson Bend, who said their dog died after playing in the lake in late January.

"We have not had reports from other areas of Lake Travis, however, algae may be present and we encourage pet owners to use their own best judgment in deciding whether to let their dogs play in other parts of the lake. Do not let dogs play in or eat algae, and stay away from stagnant water or water that has decaying matter on it.

LCRA expects to have additional test results back next week and will share those results as soon as we can."

Cyanotoxins from blue-green algae has impacted Austin in years past, also prompting warnings for dog owners.

Credit: Luis de Leon
A danger sign outside of the gates to a private park in the Travis Landing Neighborhood.

Last week, a sign warning neighbors to not let their dogs swim in Lake Travis was put up outside of their private neighborhood park, which is right on Lake Travis in the Hudson Bend area.

KVUE spoke to Rick Thompson, the vice president of the Travis Landing Property Owners Association and chairman of the park where he says the reported incidents happened.

"The area where this happened is a fairly stagnant area," Thompson said. "There's a peninsula that goes out into the lake and most of the dogs were off to the right where it's fairly stagnant because that's not where the water flows in Lake Travis."

He said once they were notified of the incidents, they started notifying property owners in the community and sent out emails.

Raymond Slade, a certified professional hydrologist that also teaches at Austin Community College, said he could only speak generally on the topic, but told KVUE a few possible causes for bacteria to get into a body of water, if that is the case, could be leaking sewer lines or urban runoff from yards nearby.

His advice includes avoiding swimming in coves in lakes that are fed by a small creek, because pollution could accumulate in those coves.

Dr. Schonna Manning, a research assistant professor with the Department of Molecular Biosciences at The University of Texas at Austin, told KVUE toxic blue-green algae usually thrives in Austin during the summer time.