The facility in Taylor houses immigrant women and has a history of abuse allegations. 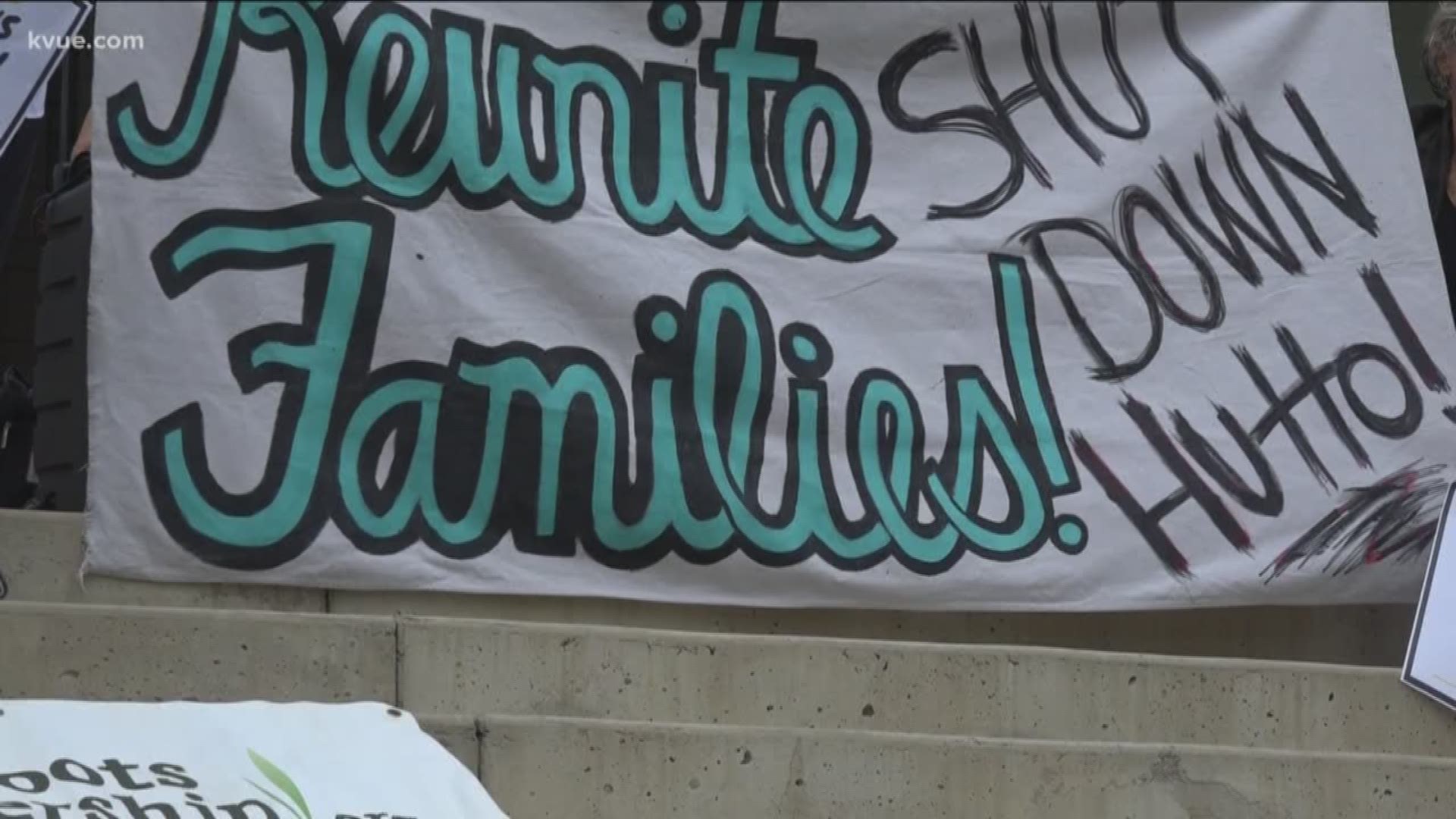 AUSTIN, Texas — Local immigration advocates are fighting the Department of Homeland Security and ICE in court.

The group Grassroots Leadership filed a lawsuit Monday, hoping to get proof of a contract to operate the T. Don Hutto Residential Center.

Grassroots Leadership is an organization based in Austin that wants to end immigrant detention.

The facility in Taylor houses dozens of migrant women while they wait for their immigration hearings.

Last June, Williamson County commissioners voted to end the county’s contract with ICE and CoreCivic. The contract expired in January of this year, but to the concern of immigration advocates, the facility is still operating.

He has been protesting the center since it opened in 2006, and he was among a small crowd outside the steps of the federal courthouse in downtown Austin to announce the lawsuit.

Also in the crowd was Bethany Carson, a researcher with Grassroots Leadership.

She said the group wants to learn how ICE and the Department of Homeland Security made a contract with CoreCivic, the facility's operator.

“This is our moment to say ICE needs to release these documents legally,” said Carson.

Advocates want proof of a new contract between the federal government and CoreCivic, and they want a competitive bidding process.

“We are citizens who need help in prying open the secret agreements between the for-profit detention facilities and our government,” said Orta.

T. Don Hutto has a history of abuse allegations. Sulma Franco was housed at the facility and spoke through a translator Tuesday.

“The detention centers are completely inhumane,” she said. “They are unjust.”

ICE is not commenting on the pending litigation but said its law enforcement professionals continue to provide the nation security and safety.