The Memorial Day Floods of 2015 damaged more than 500 homes in Williamson County, 270 of those in Taylor. Three years later, the last home destroyed by the flooding has finally finished undergoing repairs. 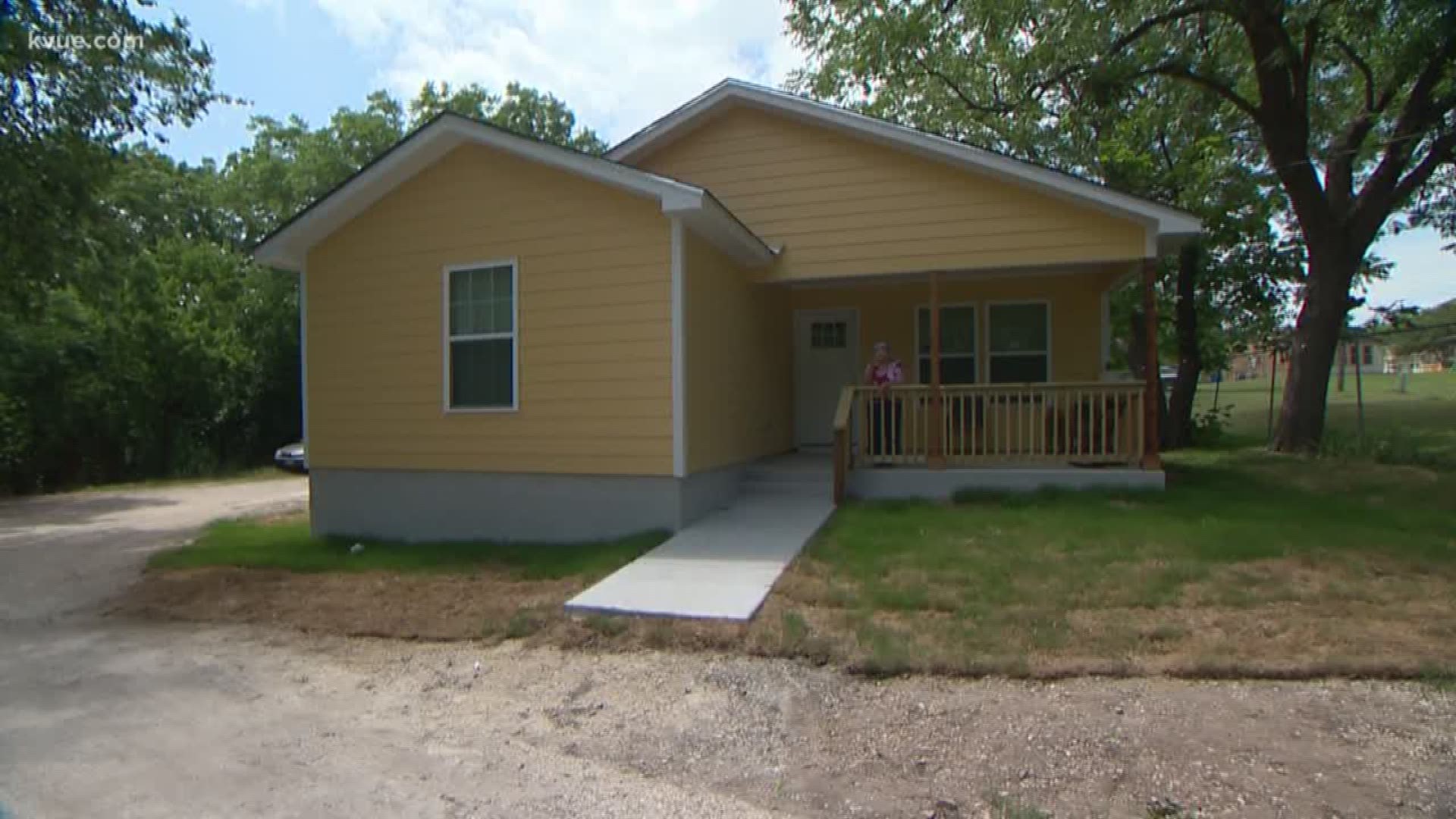 TAYLOR, Texas -- Just a little more than three years ago, flood waters destroyed hundreds of homes in Central Texas. And now, the last family affected by the floods is moving home.

The Memorial Day Floods of 2015 damaged more than 500 homes in Williamson County, 270 of those in Taylor.

Janie Morales was one of those homeowners. She lived with her sister, Margaret.

"All of a sudden the rain started coming down, and she said, 'Janie look at the rain,'" said Morales.

Morales, now in her 70s, had lived on the property her entire life. She said it still feels like only yesterday when their house was destroyed.

"I said, 'Margaret there's water coming in the kitchen,' and it was just running like a little river,” said Morales.

Friday, thanks to the Williamson County Long-term Recovery Committee, Janie and Margaret moved into their new home on their same land.

"We’re very happy to be back, very happy," said Morales. "And very fortunate to have people so loving and helpful, giving their free time to come build this house, it was just beautiful."

Four of their other sisters helped unpack their old belongings into their new home.

"It's important to us because we've been away for so long, you know, I thought I would never, never see myself back in our place,” said Morales.

"We raised the money and organized the volunteers and organized the efforts to be able to make all of this happen," said Long Term Recovery Committee Chair Jeanne McClellan. "It is very gratifying and just a wonderful experience that we see people back in their homes, they're back in perhaps what would be considered normal life."

The committee helped fix almost 100 homes in the county, 77 of those were in Taylor. Three of them were like Morales' -- a complete rebuild from the ground up.

"We had so many groups that came from out of state, as well as the many, many volunteers here in Texas,” said McClellan.

She said they originally hoped it would only take six to nine months, but quickly realized that would not be possible.

Years of hard work from volunteers who at times traveled thousands of miles from home so Morales and her sister could return to theirs.

"I will always be grateful to them, from the bottom of my heart,” said Morales.