Victims and their attorneys held a press conference at the AG's office in Austin at 10:30 a.m. 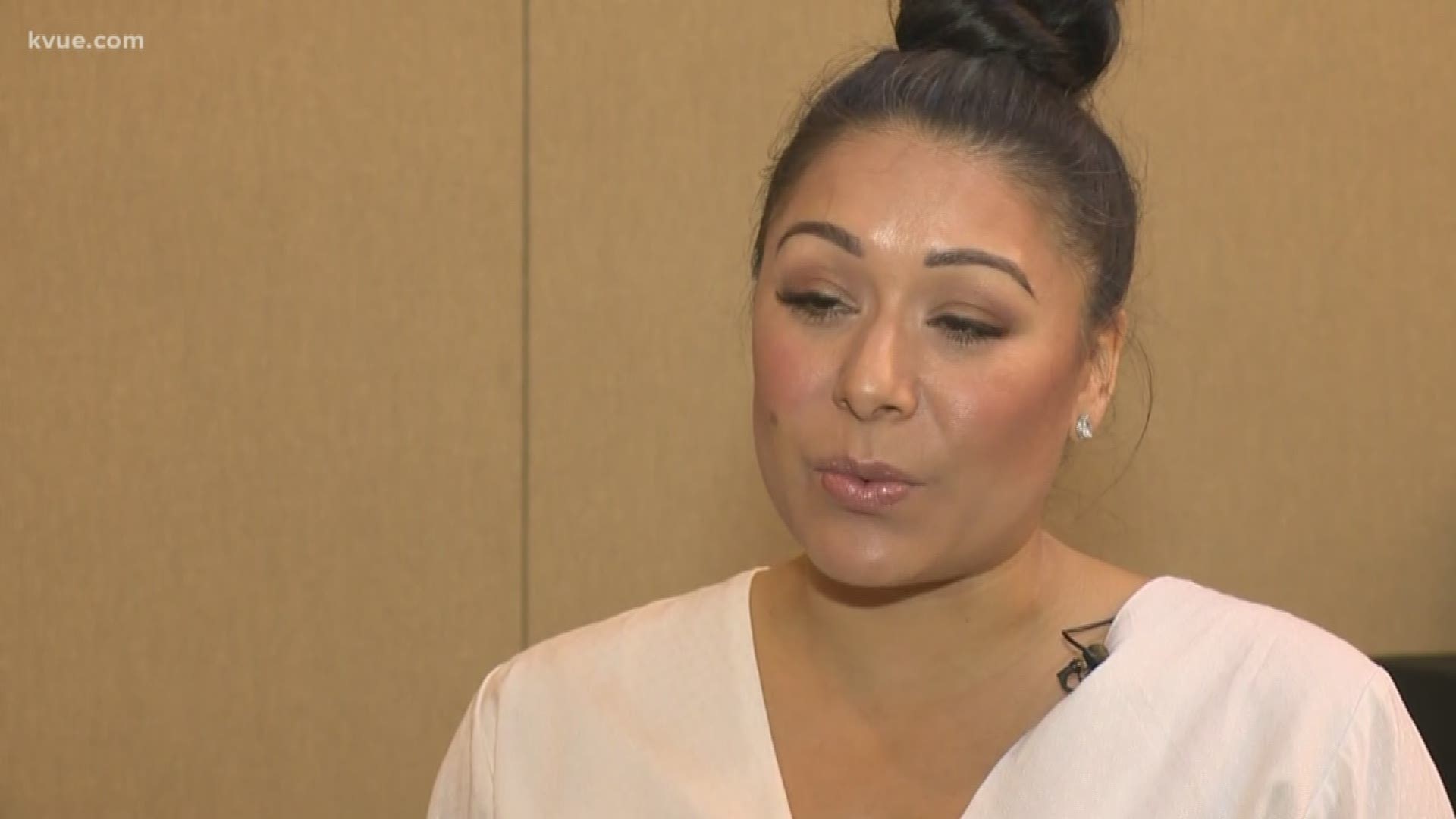 They are calling on the AG to investigate Karolyi Ranch just outside Huntsville, where Olympic gymnasts train. Nassar is convicted of sexually abusing more than 150 women and girls.

His survivors, who were trained at the ranch, are asking AG Paxton to investigate Bela and Martha Karolyi.

While Nassar sits in prison, they think law enforcement should investigate anyone who possibly enabled his abuse.

"The ranch was a scary place, for most of us," said Antolin.

She said the water smelled like rotten eggs and the food was hardly edible. She recalled they practiced twice a day, and had two treatments each day from Nassar.

"So this is the little girl that dreamed of going to the Olympics, but instead got abused," said Antolin as she showed KVUE her first competition leotard.

It's abuse she believes Marta and Bela Karolyi knew about.

"Everything pertaining to the gym they did know about, so it's hard for me to believe that they didn't know the treatments we were receiving from Larry," said Antolin.

That's why Antolin and fellow survivors are calling on Paxton to investigate the Karolyis and their ranch.

"An investigation must be done to find out who knew what, when they knew it and they need to be held accountable," said survivor Lindsey Lemke.

"How many little girls and young women does it take to take sexual abuse seriously?" said survivor Jamie Dantzcher.

The lawyers for these survivors said Marta Karolyi testified that she knew about the sexual abuse back in 2015, and didn't report it. That's against Texas law.

Karolyi's lawyer told KVUE that she only knew Larry Nassar was let go from USA Gymnastics because of treatment concerns, and said she was never informed those concerns were sexual assault allegations.

"Larry probably never would have touched me if the adults did their jobs," said 16-year-old Autum Blaney.

"I only got the courage through these other women," said Blaney.

"When she started flipping off our couch, I realized it was probably a good idea to get her in her own class," said Blaney. "It's amazing to watch what she made her body do."

As she got more serious, they switched gyms.

"I think I was 11 when I went to the Karolyi's for the first time," said Autumn Blaney.

She said she went to the ranch eight times, each for about a week.

Like Antolin, Blaney feels the Karolyi's knew what Nassar was doing.

"I think they definitely knew about it and were just trying to cover up and make themselves look better," said Blaney. "I could have been saved a year of abuse by Larry if they would have said to the police, this is what he's doing."

"It's horrible, it's a horrible feeling knowing that I put her in this environment," said Kris Blaney.

She said she's now gotten hateful comments from people, asking how she didn't know about the abuse.

"This shouldn't happen again and we're going to do everything we can to make sure it doesn't," said Kayla Spicher.

Spicher's parents owned a gymnastics gym in Michigan growing up. Her mother was her coach.

"As long as I can remember I did gymnastics," said Spicher. "It was where I grew up, it was where I was comfortable, that was my happy place."

She said it was difficult when her mother found out about the abuse from Nassar.

"I always say it's almost like she took it harder than I did, when it all came out, because she had the guilt of not only a head coach and a gym owner, but also as a parent," said Spicher.

Now, Spicher is a coach at the gym, working to be someone her girls can come to.

"I wish I had that when I was their age, just someone I felt like I could go to be comfortable with with everything," said Spicher.

"I'm trying to protect all the other little girls that are this size, trying to work towards their dreams," said Antolin.

The Walker County Sheriff's Office and the Texas Rangers told KVUE they're working a joint investigation involving the Karolyi Ranch. They said the the investigation is "active and fully underway."

Victims and their attorneys held a press conference at the AG’s office in Austin at 10:30 a.m. Thursday because they want to see results.

"We haven't seen any of that action beyond just statements that they're investigating, no one has been formally charged or arrested, other thank Larry Nassar," said attorney Michelle Tuegal. "We know that there were all these adults who allowed him to continue to do this on Texas soil."

"People need to be questioned, maybe they did something wrong and maybe they didn't but we don't know because the steps haven't been taken by law enforcement in Texas to find out," said John Manly.

At the press conference, lawyers said there were several adults who allowed Nassar to abuse these gymnasts on Texas soil, but Nassar is the only one who has been charged. They said Texas law requires people to report this type of abuse if they know about it.

One gymnast and her mother said girls cried for help and nothing happened.

Gymnast and mother stand to speak - she says age range of survivors here is from a 16 year old to girls in their 30s - says this shows how long abuse happened - says girls cried for help and nothing happened - says every survivor deserves justice @KVUE pic.twitter.com/xNuaJp8C0k

One lawyer said at the press conference that the statute of limitations for some of the cases is almost over and said it's already passed for many of the cases.

The focus of the investigations have been on Nassar, but the Karolyis and the ranch need to be investigated, one of the lawyers said. He said there is no indication that anyone is investigating at this time.

He said that even if Paxton doesn't take on the case, he is asking him to call the Walker County district attorney to request them to investigate.

Bela and Martha Karolyi ran the ranch from 1999 until this year.

Survivors said Martha Karolyi admitted under oath that former USA Gymnastics President Steve Penny informed her in June of 2015 that Nassar had been accused of molesting young girls on the national team.

Survivors and their attorneys said Karolyi did not report the suspected abuse to authorities.

"There is an eerie feeling as soon as you step foot onto the Karolyi Ranch,” said Larson. “It is completely removed from all civilization. In the case of an emergency, the closest hospital is so far away you need to be helicoptered there. To get to the ranch, you must drive up a dirt road and the closest sign of civilization is a high-security prison 30 miles away."

She said Nassar abused her at the ranch. And she once smashed her head against the bathroom floor to avoid going back.

"I was willing to physically hurt myself to get out of the abuse that I received at the ranch,” said Larson.

The Karolyis' attorney, Gary Jewell, told KVUE, "I trust you understand that the "authorities" are already investigating the matter - even before our Governor requested one." Jewell also attached a lawsuit that the Karolyis filed against USA Gymnastics months ago.