With the help of the Lakeway/Lake Travis Rotary club, 3D-printed limbs are now in production in Africa for children in need. 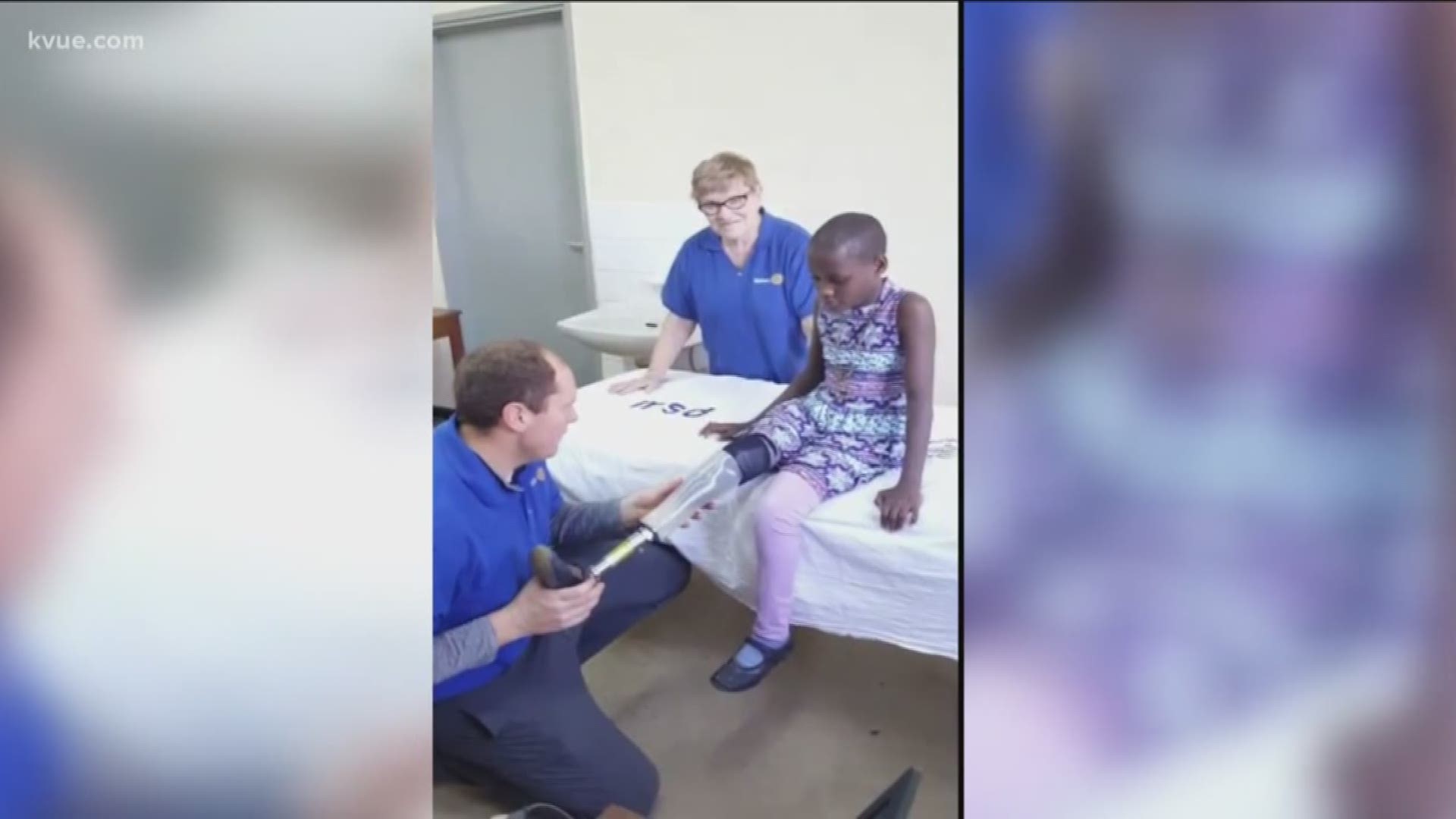 LAKEWAY, Texas — Donna Gunn's mission to help children with missing limbs walk for the first time started in 2010 with a trip to Africa. That's where she first saw a little girl named Kodogo.

"She was kneeling in the dirt and someone stopped and picked her up and realized that she was missing a limb and it's amazing that the father, who was elderly, had not destroyed her as a baby, because that's what usually happens, they either put them out for the lions to eat or use some other method, but basically they don't allow these children to survive," explained the retired teacher.

Gunn immediately started helping Kodogo, fitting the girl with artificial limbs over the years. Gunn said Kodogo's life would have been different if she was born with two legs. Since she wasn't, the girl was treated as an outcast, as many born with deformities were in Tanzania.

"She couldn't be sold. Many times they sell a girl. In fact, I have two of Kodogo's sisters because the father was getting ready to sell them. He wanted more cattle and each of the girls were pretty cute and they were worth four or five cows and I said no, no, no, no. Not on my watch. So I took them and put them in school," said Gunn.

Gunn also got Kodogo an artificial limb. It was old-fashioned compared to modern day standards. And not just one but several of them. Gunn even returned to Africa several times a year, from 2010 to the present, to do so.

In 2015, things changed for the better. That's when Barker Keith got involved.

Both Gunn and Keith are members of the Lakeway/Lake Travis Rotary club and made the trip to Africa. She introduced him to Kodogo and an entire room of children with missing limbs.

He immediately started the ball rolling on the idea of 3D printing of artificial limbs. He got the Baylor College of Medicine and Trifusion Metal out of College Station involved. Software was developed. New plastic that was biodegradable was made.

The Lakeway/Lake Travis Rotary raised $25,000 to buy the 3D printer. It was shipped to the Kilimanjaro Christian Medical Center where they started printing prosthetics for children.

"The 3D printer prints the lower limb socket at this point but the vision moving forward is to print the entire leg and the socket at one time with an articulating ankle," explained Keith.

Remember Kodogo? When they saw her walk for the first time, well, it was emotional.

"We cried. Obviously. All of us cried. You can not get choked up when you see a little girl who barely can walk now walking. It changes your life. It provides a change in her life where she can be a positive contributor to the economy that shuns people who've got deformities, who aren't allowed to go to school or let them work and, frankly, reduces their quality of life and life expectancy," said Keith.

Keith said the biodegradable plastic costs about $3 to print. It's affordable since they have to print out a new socket every six months for children as they gain weight.

Keith said the long-term vision is to take the success they have had at the Kilimanjaro Christian Medical Center and to expand it to other parts of Africa to others with missing lower limbs.

The only issue is funding, so if you would like to help, please go to rotary3dlimbs.org.