In the video, which was taken on March 8, you can see deer stuck under the net, with some of them bleating as they try to move around. Months later, Texas Parks and Wildlife has charged the woman who shot the video with criminal mischief and harassment after she freed two of the deer. 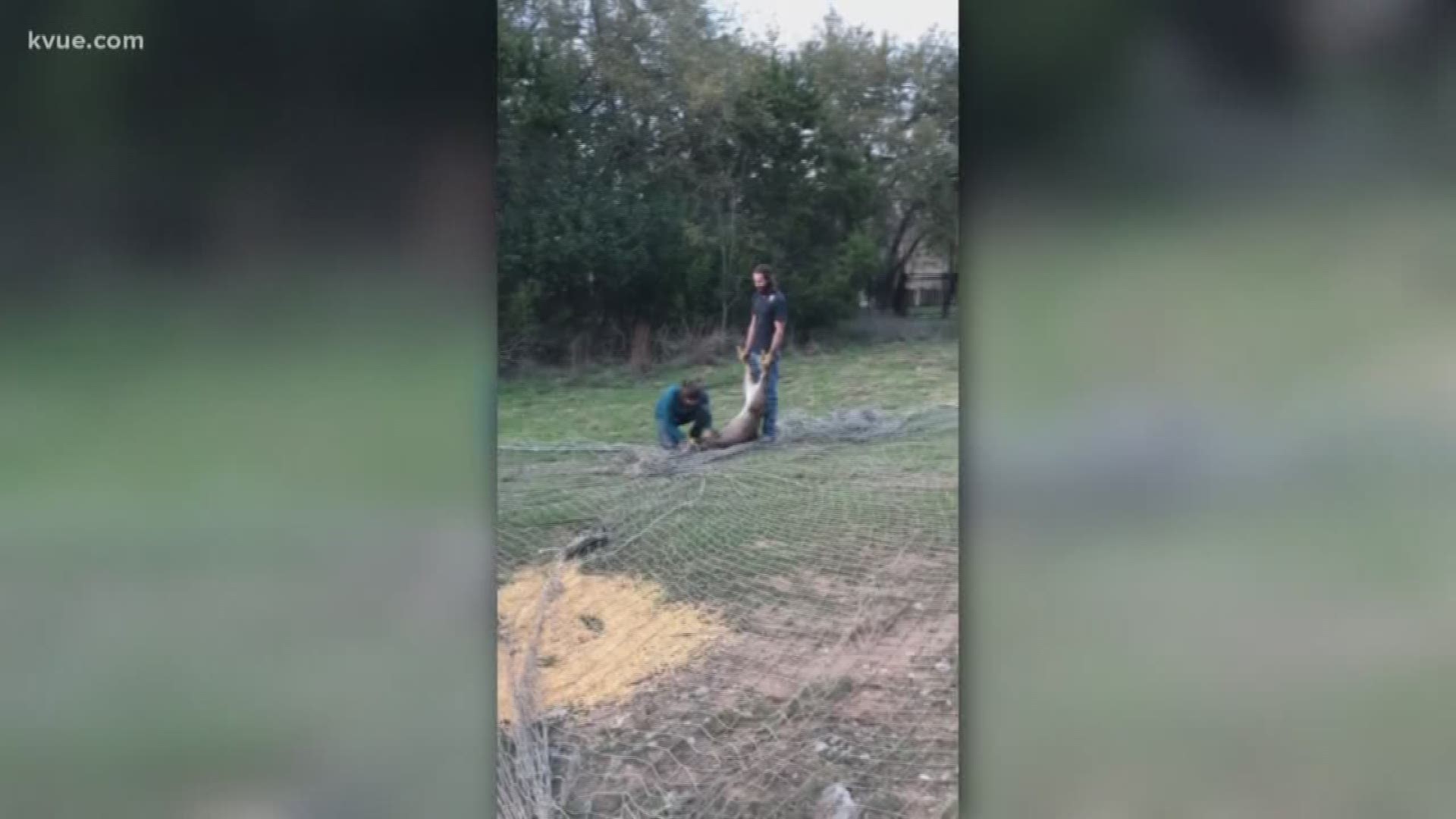 LAKEWAY, Texas -- A Lakeway woman is facing criminal mischief and harassment charges, months after her cell phone video of deer stuck in a trap set by workers the city of Lakeway hired to control overpopulation went viral.

In the video, which was taken on March 8, you can see deer stuck under the net, with some of them bleating as they try to move around.

Ashlea Beck, a Lakeway resident, shot the video after her children discovered the trap near her home.

WARNING: The following video may be graphic to some viewers: 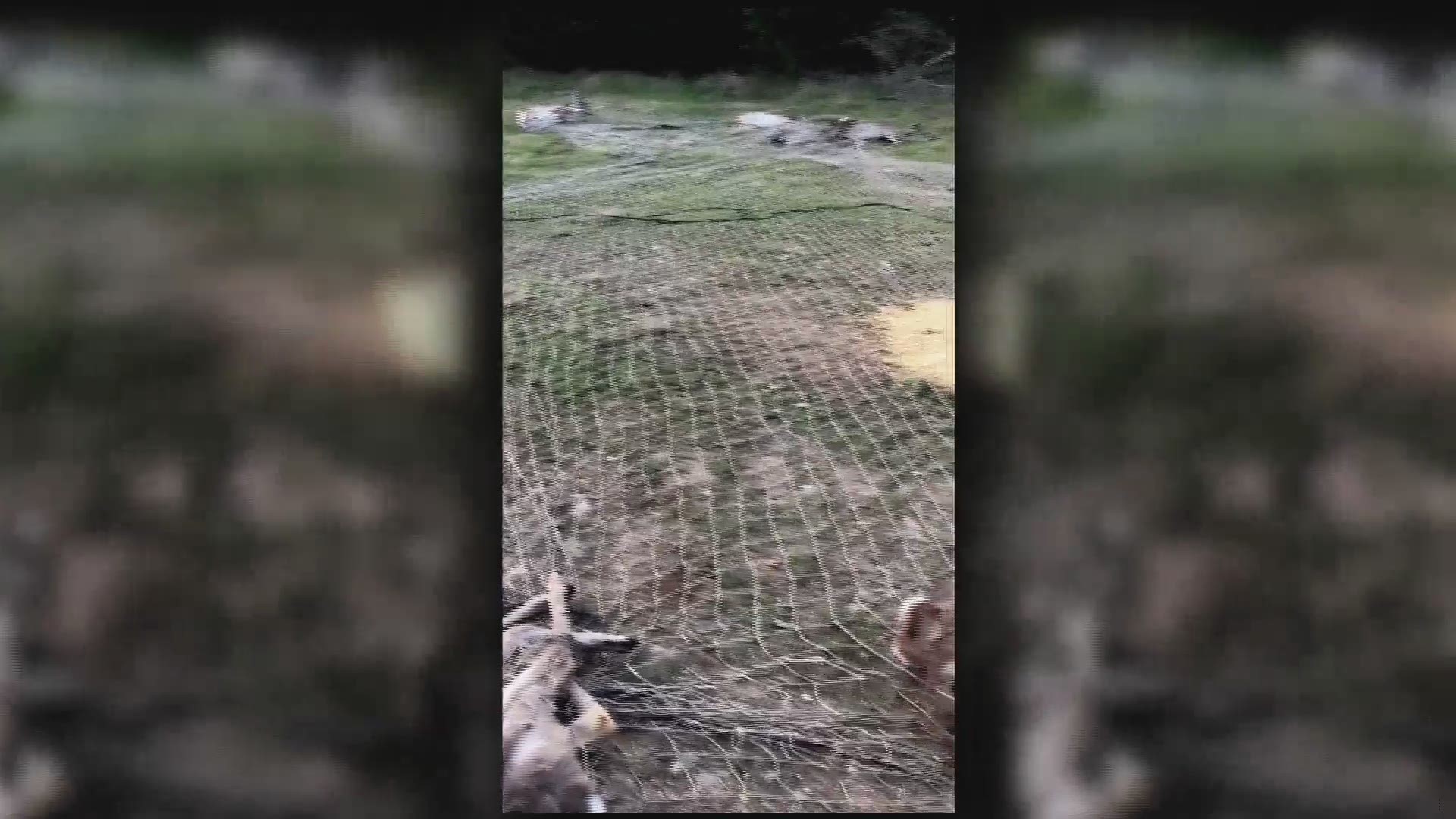 At one point in the video, you can hear her ask the workers, "Why are you doing this?"

Angry with what she saw, Beck cut part of the net and released two deer.

"I think they should do it away from kids, away from families," Beck told KVUE in an interview on March 14.

"Ms. Beck interfered with lawful efforts to trap and remove white-tailed deer, causing damage to private property in the process. It is a violation of the Sportsman’s Rights Act to intentionally interfere with another person lawfully engaged in the process of hunting or catching wildlife, or intentionally harass, drive, or disturb any wildlife for the purpose of disrupting lawful hunting."

"She was in shock, she was trying to protect her kids and the deer, and she released two of them when she cut the net," Cross said.

Cross thought TPWD would give Beck a warning or a fine.

Neither Beck nor her attorney wanted to speak to KVUE about the charges. But in a post on a GoFundMe page Cross made to help pay for Beck's attorney's fees, Beck wrote the following comment:

"I was shocked and extremely disappointed by how Texas Parks & Wildlife and the City of Lakeway have handled this whole situation. My hope is that something good will come out of this, that changes will be made that prevent this from happening to someone else. Our city should be a safe place for families and animals alike."

Cross just wants what she calls animal cruelty out of the city of Lakeway.

"Not just hiding them in some quiet, out-of-the-way location, but that we don't deserve it in this city," she said. "The deer don't deserve the treatment that they get."

Beck is facing two class B misdemeanor charges. Each carries 180 days in jail or a $2,000 fine.

City of Lakeway officials told KVUE in March they were done trapping deer for the rest of 2018.