Kara Bell was given an assault citation after an employee of Nordstrom Rack told police she pushed her and refused to put on a mask. 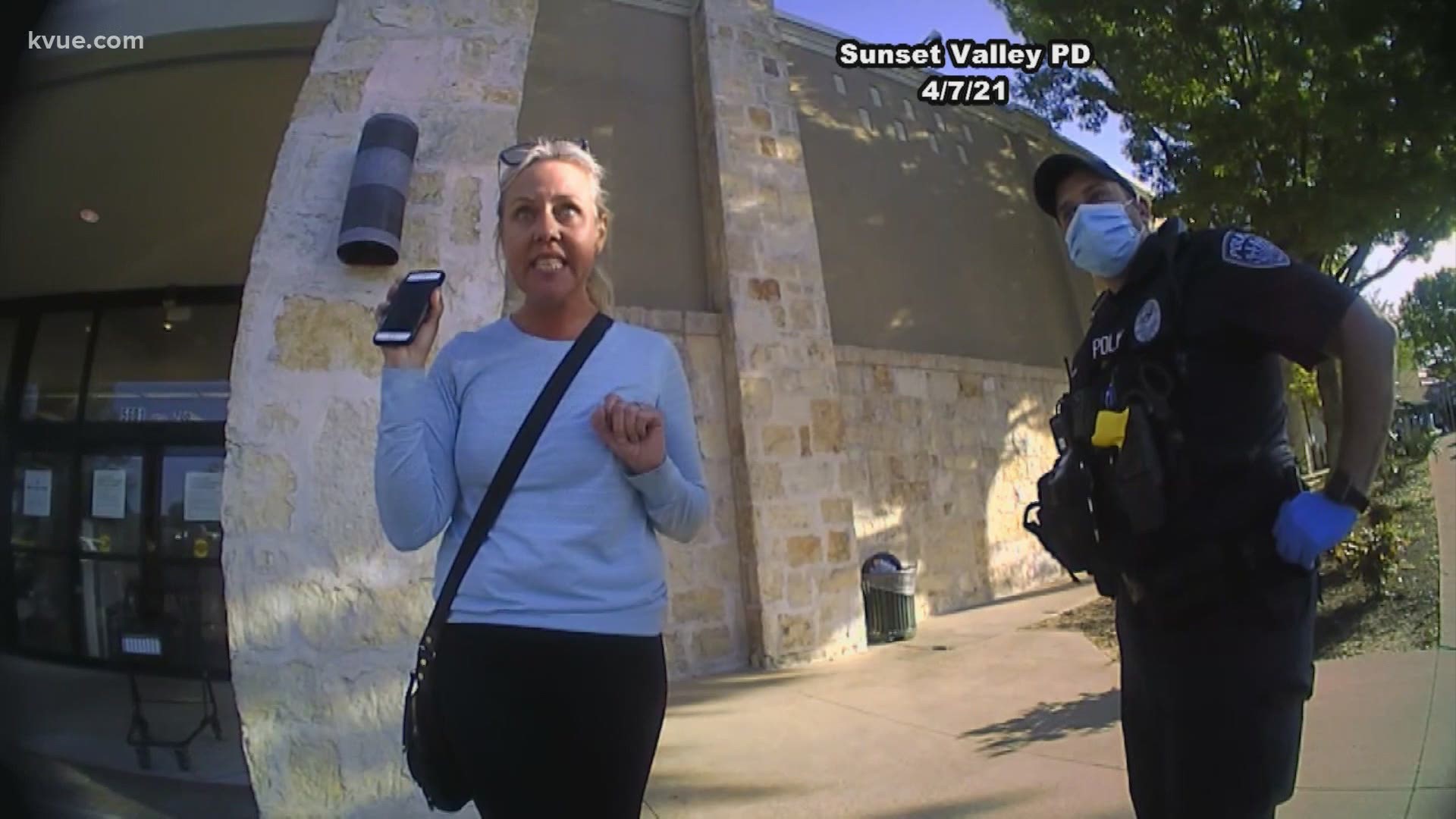 AUSTIN, Texas — Lake Travis ISD School Board candidate Kara Bell was given an assault citation last week after a confrontation with a store employee at Nordstrom Rack located on Brodie Lane.

According to video and a police report obtained by KVUE from the Sunset Valley Police Department, Nordstrom Rack employees called police when Bell refused to put on a mask upon entry of the store.

According to the report and an employee in the video, Bell shoved an employee before forcing her way into a dressing room where she proceeded to call the Nordstrom Rack corporate office.

When police arrived at the store, the employee was standing outside and you can hear her in the video say, "She kept pushing and pushing so I put my arm out to block her from my entrance and then she shoved me!"

Meanwhile, police got a statement from two witnesses who explained the confrontation Bell had with the store employee. Bell was then escorted outside, where police say they tried to ask for her ID.

In the video you can hear her response in part, "I am a woman of God."

According to the report, she took a step toward the officer. Two officers then detained her on the ground to put her in handcuffs while she resisted and yelled out to other people in the area.

Bell was given an assault citation, which is a Class C misdemeanor punishable by a fine of up to $500.

KVUE reached out to Bell for a comment but has not heard back yet.