The community of Lakeway is rallying around a 17-year-old Lake Travis High School student as she fights a life-threatening disease. 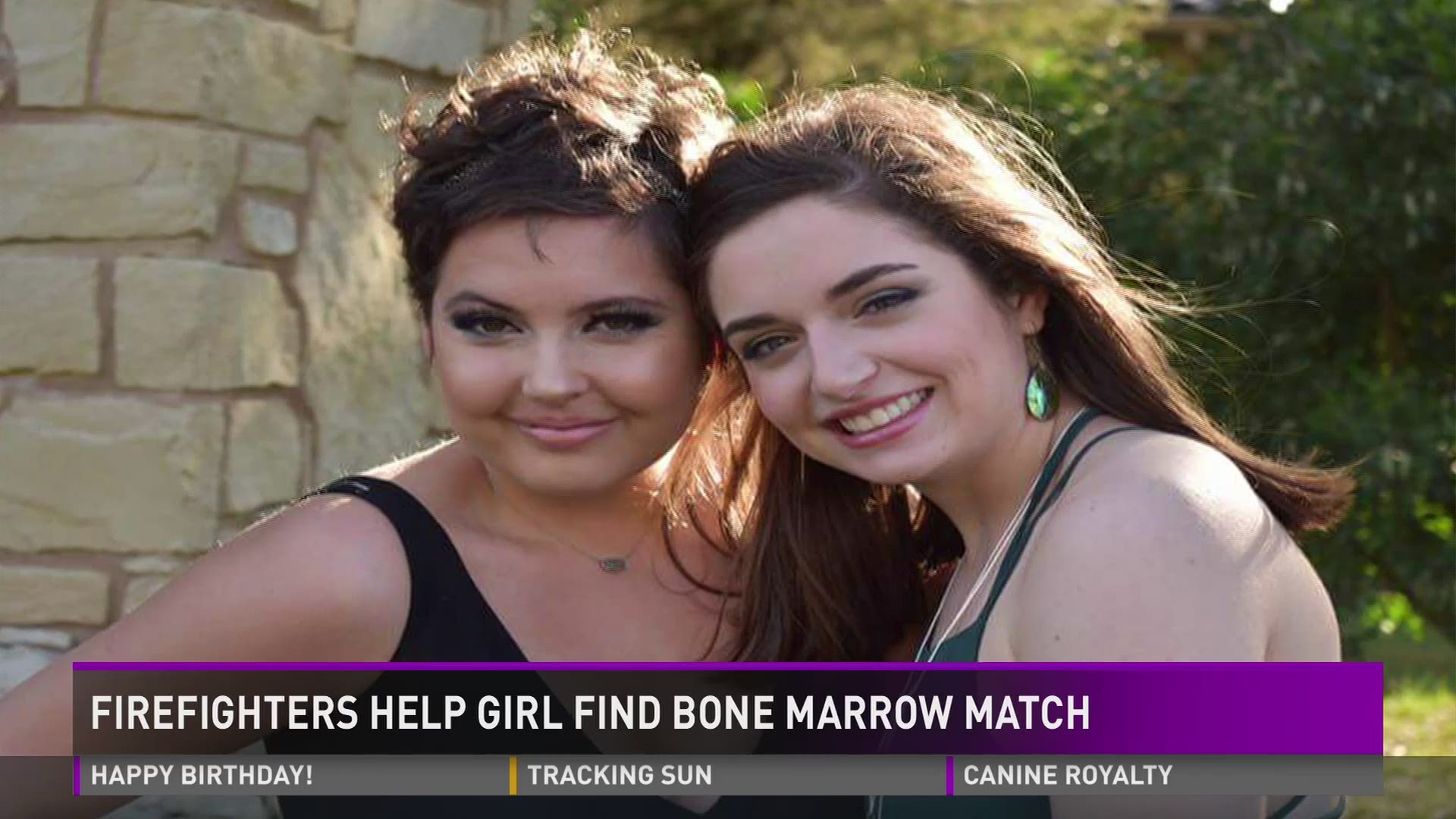 "She's very upbeat and very positive, always has been from the moment she was born. I knew she was going to be a leader. She's a natural-born leader," explained Brenna Robinson, Faith's mother.

So when prom rolled around, she, like many high school girls at Lake Travis, took in the moment.

"She was very, very excited to go to prom," said Robinson.

From the pre-prom planning -

"A friend of hers came over to do her make-up. She wore a dress of mine that I've had since I was 21, which was really emotional for me," said Robinson.

"She came home that night, and for the first time in two years I heard her complaining about pain, but this time it was about her feet hurting from dancing all night, instead of cancer-related pain. That was just awesome," said Robinson.

For that night, it was awesome.

When Faith was 15-years-old, she battled and defeated very high-risk acute b-cell lymphoblastic leukemia, an aggressive form of the disease.

"She had a pretty rough road, a lot of complications, several life-threatening complications. She overcame all of them. She was doing really, really well. Her hair was starting to grow back. She was feeling good, starting to hang out with her friends again," Robinson said.

But shortly after her seventeenth birthday, they received news they were dreading.

"We went in for a routine spinal tap, and we found out that the cancer had come back and spread to her central nervous system," Robinson said.

The diagnosis, coming just as Ketchem was taking a double-course load to make up for lost time at school. Robinson describes her daughter as a "book-nerd," and noted colleges were already courting her.

Now, those plans are on hold.

"I toggle between tears and rage every day. It's tough. It's tough to watch your kid suffer and know that you can't do anything about it. And I feel like from the time she was little, I always told her that I would protect her no matter what happened, that I would always protect her. And then this thing came along that happened to her, and I couldn't protect her from it," Robinson said.

On Thursday night, Ketchem is in her room at Dell Children's Hospital, in need of a bone marrow transplant.

"Without a donor, we don't stand a chance," Robinson said.

Lake Travis firefighters are making sure they do everything in their power to find one. On Saturday, they hosted a bone marrow drive at McArthur's from 11 a.m. to 2 p.m. with a goal to sign up 100 people.

They exceeded that goal with 141 new registered bone marrow donors.

"Everybody thinks that the work that firefighters do - we're on the front lines. But the strength and bravery that those women are showing, taking this thing head on in their own personal life is just absolutely amazing," said Braden Frame, a firefighter who's been in close contact with Faith and her family.

For Frame and many fellow firefighters, the experience of being a parent has made Faith's battle personal.

"I've got two children. And whenever you hear about a child who comes down with such a devastating disease, and beats it (and then it comes back). It absolutely motivates us. We'd love to be a part of this, and we want to find her and any of the thousands of blood cancer victims who need donors, we really think it's important," said Frame.

It's a widespread call for help that affects not just Faith, but thousands of people just like her.

"Cancer does not discriminate. It can happen to anyone at any time," said Robinson.

Throughout it all, Faith has documented her experiences on her blog. To read about her journey, click here.