Abbott is visiting as city officials are hoping water restrictions are removed by the end of the week. Everyone wants to get to the bottom of what really happened. 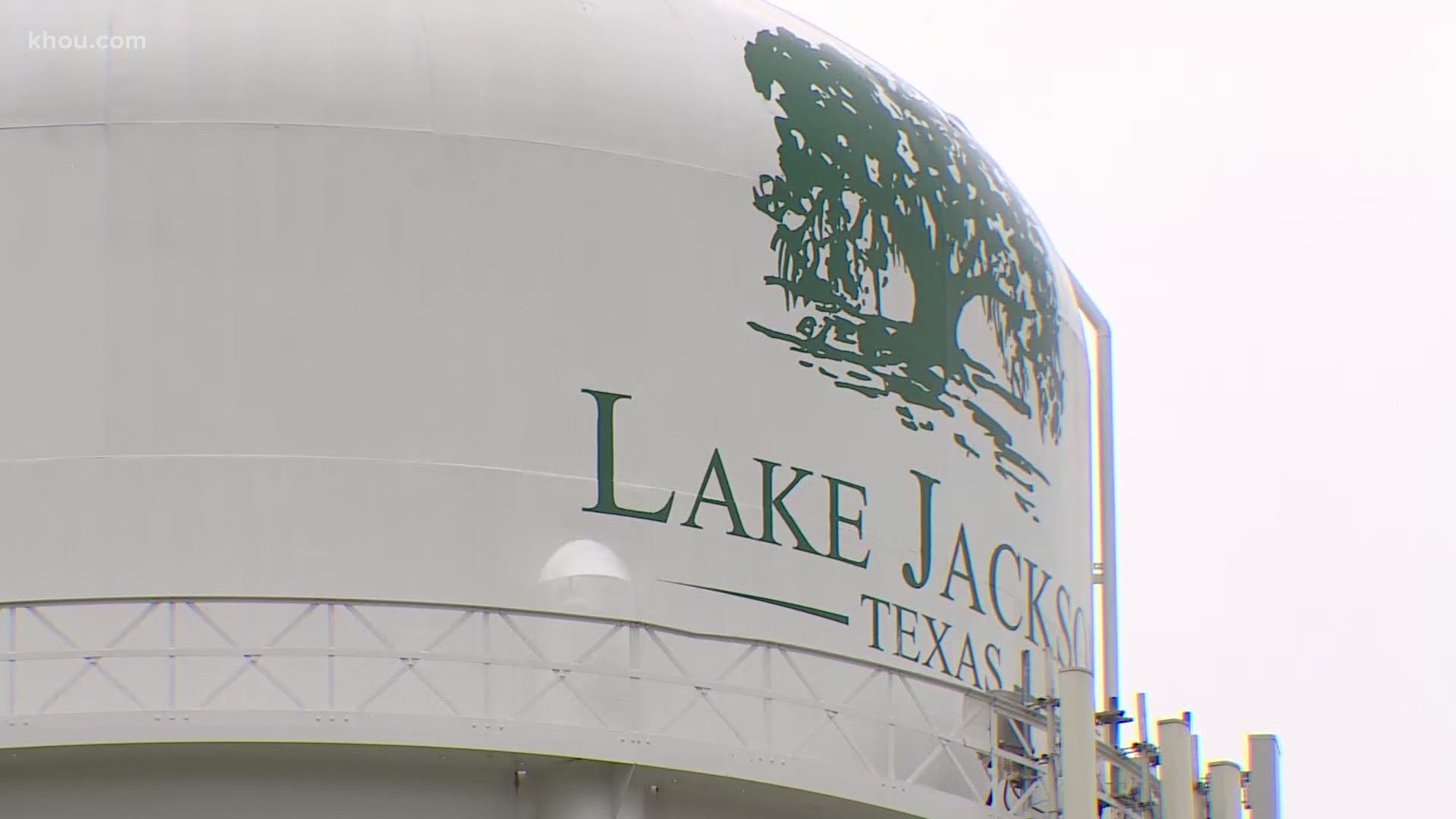 LAKE JACKSON, Texas — Texas Gov. Greg Abbott is in Lake Jackson Tuesday to provide an update on the deadly amoeba, also known as Naeglera Fowleri, which was found in the City of Lake Jackson's water supply earlier this month.

Abbott will be joined by the Executive Director of the Texas Commission for Environmental Quality, the Texas Department of State Health Services Commissioner Dr. John Hellerstedt and Texas Division of Emergency Management Chief Nim Kidd.

A news conference is scheduled at 12:30 p.m. and you can watch it live on khou.com, our YouTube channel.

Abbott issued a disaster declaration for Brazoria County on Sunday, just days after Lake Jackson residents were alerted that the amoeba was found in the city’s water supply. A boil water notice is currently in place and will be lifted once the TCEQ deems water quality levels safe enough for the public to drink.

Lake Jackson’s City Manager Modesto Mundo hopes the restrictions are lifted by the end of the week.

“It could be sooner,” Mundo said. “It’s really a matter of working through how fast we can flush our system and bring this new water in.”

City of Pearland Water Department employees are in Lake Jackson to help the city flush its entire system.

“Chlorine was low in 14 spots. That has never happened to us,” Mundo said.

On Sept. 8, the City of Lake Jackson was contacted by the Brazoria County Health Department about a 6-year old boy, Josiah McIntyre, who died at Texas Children’s Hospital due to a rare and often fatal brain-eating ameba.

McIntyre’s family informed investigators of two possible water sources for the infection: a water hose at the family’s Lake Jackson home or the splash pad at the city’s civic center.

People on Lake Jackson still need to boil their water before using it. 6 @BrazosportISD campuses are in LJ. School is open. Families were given the option to attend in-person or virtually. Bottled water available. Athletics practice moved out of Lake Jackson. #khou11 pic.twitter.com/M4tQGqT2rk

Lake Jackson immediately closed the splash pad on Sept. 8 and found a private lab to test a five-gallon water sample for the amoeba.

Those test results came back negative on Sept. 14.

TCEQ and the Centers for Disease Control and Prevention traveled to Lake Jackson to do testing, too. Those samples, Mundo said, were collected on Sept. 22.

A trio of positive results came back on Sept. 25. Water samples taken from a fire hydrant near the splash pad, the splash pad storage tank and the water hose spigot from McIntyre’s home all came back positive for the amoeba.

“He loved sports. Baseball. Obviously,” McIntyre’s mother Maria Castillo said. “He used to say that his name was Josiah Christopher McIntyre Carlos Correa. He was probably the happiest little boy you would’ve ever met.”

McIntyre had just started the first grade at an elementary school in Clute. On Thursday, Sept. 3, he complained of a headache.

“Friday he started vomiting and having fever,” Castillo said.

She thought it might be the flu but tests came back negative for the flu, strep and COVID-19. By Sunday, “he was starting to jumble sentences.”

So she rushed her son to the Texas Medical Center. Doctors at Texas Children's Hospital found swelling in his brain. Two days later, the 6-year old was gone.

“I was very sad because I never got to meet him,” Correa said in a video to the family. “I know he’s watching over all of us right now.”

The Texas National Guard is distributing free bottled water to affected residents -- one case, per day, per household.

But what residents really want are answers.

“We’re trying to find out the truth,” Mundo said. “Just, like, that’s the commitment I made to the family, we want to know the truth. How it got into the system and what preventive measures we can take to ensure to everybody that this will never happen again.”

As far as school campuses are concerned, all six Brazosport ISD campuses are being stocked with bottled water. Families have the option to choose between in-person learning or virtual lessons.

The district said meals aren’t impacted by the boil water notice. Athletic programs were temporarily moved out of Lake Jackson.