The City of Kyle lifted its boil water notice on Monday, but Vista at Plum Creek residents still have to boil theirs. 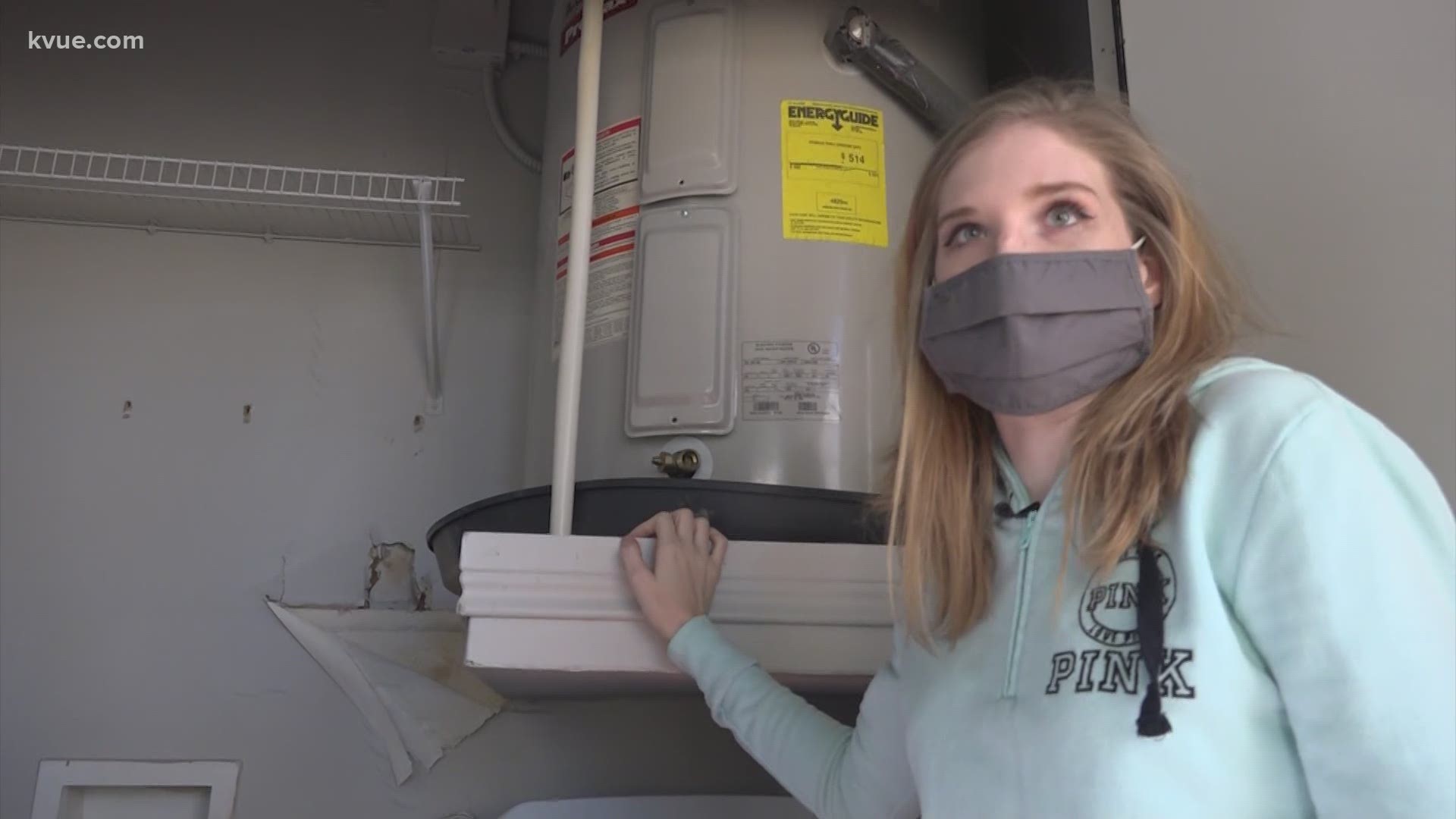 KYLE, Texas — Although many in Central Texas have clean water back in their homes, some people in Kyle are still dealing with leaks because of broken water pipes, like the folks at Vista at Plum Creek.

The residents told KVUE they got emails about multiple pipe bursts at the apartment complex after the storm. This left residents, like Sierra Norrell, without water for more than a week and counting.

"They clearly don't care," said Norrell. "Nobody would come in here and look at it so we just kind of took things into our own hands."

Norrell and several residents KVUE spoke with feel like the apartment complex isn't doing enough to help the impacted renters. At one point during the interview with KVUE, the water turned on unexpectedly in Norrell's apartment only to cause leakage through the walls.

"Why did they turn the water on and not say anything so I could've been looking?" said Norrell as she frantically mopped the floors and moved her valuables out of harm's way.

The flooding left many of Norrell's items soaked and destroyed and she said all she can do right now is pile her valuables in different areas of the apartment. At the moment, she lives with her 3-year-old, her fiancé and her roommate.

It's the same story at Cary Reeves' Vista at Plum Creek apartment.

"I mean, every day going out trying to find water, it's just been, you know, basically a tragedy. I mean, without water, you can't survive," said Reeves.

The City of Kyle's boil water notice was lifted on Monday, but Reeves said she's still boiling hers.

Reeves and Norrell said they don't know how long this will last. Both said they haven't had any help to fix the leaks.

"I've had people coming in all through the day, coming out, spending about five minutes and then walking out," said Reeves.

KVUE reached out to the apartment complex and never got a response, but Norrell said in an email, the management told residents their water will hopefully be turned on by the end of the week.

The City of Kyle Mayor Travis Mitchell told KVUE the city is aware of the water issues at the apartment complex, but there is only so much they can do because it's private property.

David Perdue says he won't run for Senate in 2022