Savannah, 16, is still scared to go outside after allegedly being attacked by 32-year-old substitute teacher Tiffani Lankford. 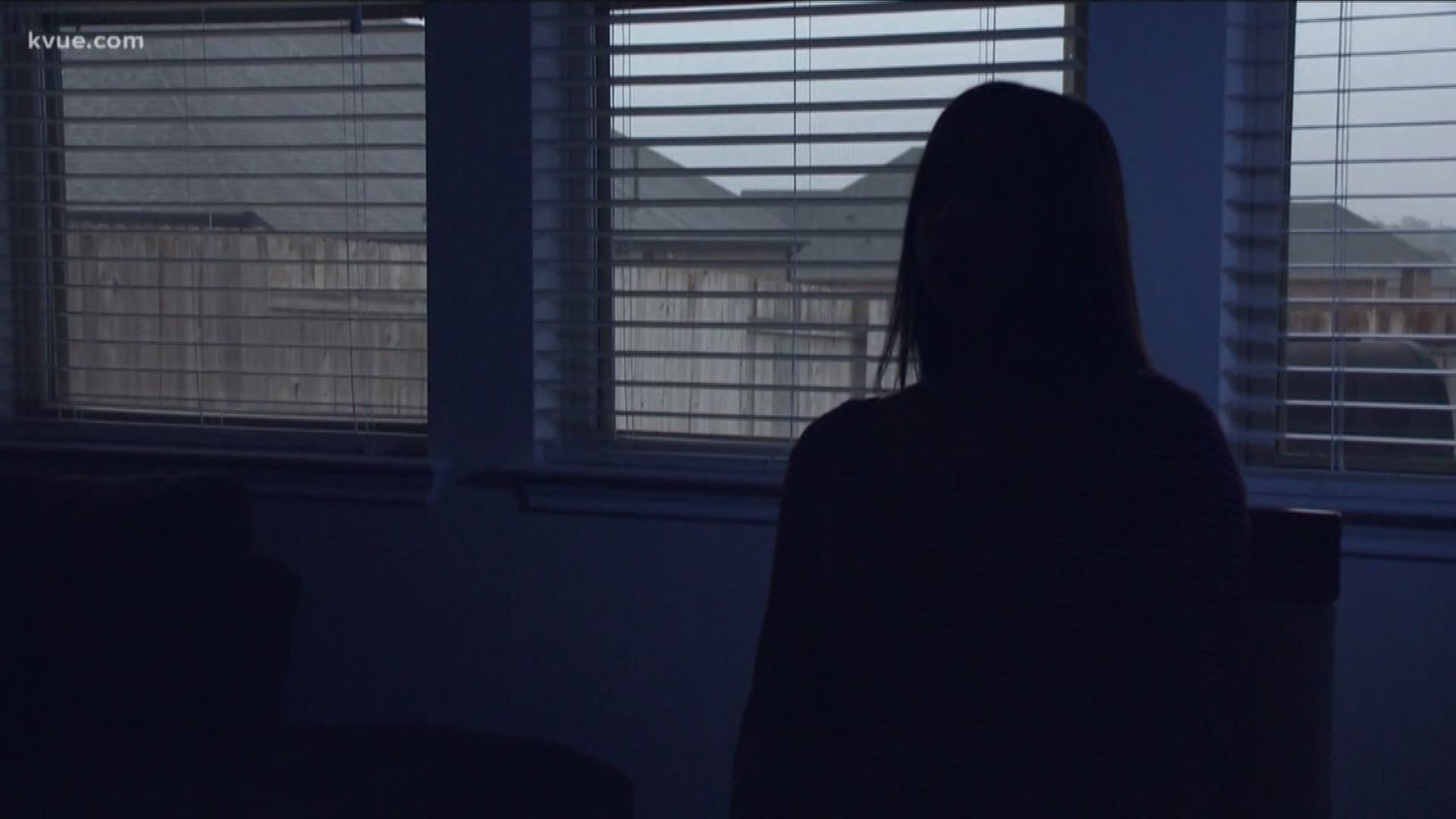 KYLE, Texas — The 16-year-old at the center of a classroom video that’s gone viral showing a beating by a substitute teacher is recovering from a brain injury at home.

Savannah, who still isn’t comfortable enough to show her face, said Nov. 8 started like any other day – but it all changed when she got to her sixth period class at Lehman High School.

“Me and a group of friends started laughing and giggling and then our substitute came in and laughed and introduced herself,” Savannah said. “When she told us to 'shut the [f---] up,' that's when we said, like, ‘Whoa, OK.’ We got quiet and then she started bragging about herself.”

That didn’t sit well with Savannah.

“I turned around to my group of friends and said, ‘Well, you're not going to make money talking to students like that,’ and that's when she got up in my face and said, ‘What did you say?’ I said, ‘I didn't say nothing,’ and she said, ‘That's what I thought,’ and she started getting closer to my face. I told her get away from me and she said, ‘Or what? What are you going to do about it?’"

Savannah said she eventually had to push Lankford’s shoulder, trying to get her away from her.

“She pinned me against the wall and started choking me, and then that's when I slapped her to get her off of me, and that's when she started punching me repeatedly and then I forgot everything from there because I blacked out,” Savannah said.

The high school basketball player has had to see a neurologist, neuropsychologist and trauma doctor since the incident. They still don’t know the extent of her brain injury and it’s not clear when she’ll be able to return to school.

“I've had lots of headaches. I'm very sensitive to light, very hard to think, and I have lots of anxiety,” Savannah said.

“There is absolutely no excuse or circumstance that can justify what you see unfold on the video. It is unconscionable what this adult did to one of our students,” Hays CISD spokesperson Tim Savoy told KVUE in a statement last week.

The district fired Lankford after the incident.

Her parents, Rolando and Jennifer, are still coming to grips with what happened to their daughter.

“I hate that my daughter was the one it happened to, but we just don't want it to happen ever again,” Rolando said. “I couldn't want any parent to go through what we're going through because it is hard, it is painful.”

When Jennifer first watched the video, she couldn’t believe it was a teacher.

“She shouldn't be able to ever, ever teach again, let alone be around kids, because obviously she doesn't have the patience for it,” Jennifer said. “I don't know what was going through that teacher's mind.”

Lankford, who first started teaching with Hays CISD in September, spent a total of 18 days working in Hays County classrooms. The school district said she passed a background check.

Court records in Maryland show she was charged with domestic violence for a 2014 incident that involved a restraining order, but the school district has said it wasn't aware of it.

“We as parents trust in the school system to keep our kids safe and … I think they need to do better in their hiring process. These are children. And I'm talking fine-tooth comb through their backgrounds, because we as parents are entrusting you all to care for our kids,” Jennifer said. “This should have never happened. It shouldn't have happened. Something fell through the cracks.”

The family is represented by Austin attorney Paul Batrice, who said something like this can’t happen again.

“My first thought was it was two students fighting. When I saw the way the teacher was dressed, and I saw the viciousness of the attack, I thought this has to be two students – I don't understand,” Batrice told KVUE. “This can't happen again and the family's number one concern is this cannot happen to another Texas student.”

Savannah said she still doesn’t know what it will be like when she’s finally able to go back to school.

“I'm scared just to even set foot in the school or even outside. Like even a couple days [ago], I went outside – I would cover my face with my hoodie because I was scared,” Savannah said.

Lankford was arrested at the school and charged with aggravated assault with a deadly weapon. She bonded out of jail the next day.