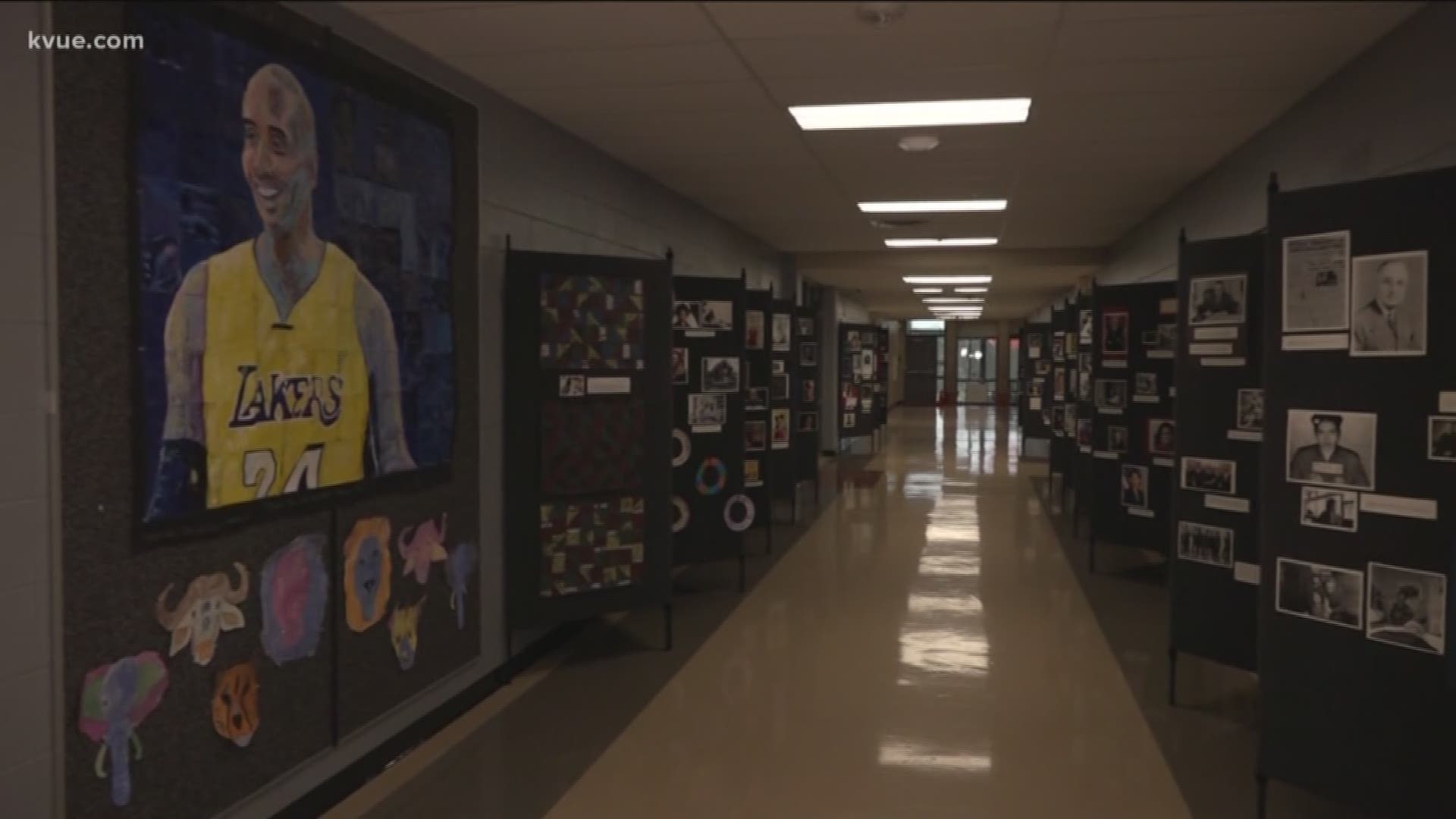 MANOR, Texas — Throughout the month of February, people all across the country pay tribute and recognize the achievements of African American people in our society. One local school district is celebrating Black History Month in a unique way.

From Martin Luther King Jr. to Oprah Winfrey, these familiar faces have at least one thing in common. They've all made a difference in our society.

“We have our African art section, we have our HBCU section,” said Bethany Logan, Manor ISD director of fine arts. “We also have civil rights and also contributors to American history that were African American.

For the month of February, Manor ISD transformed the hallways of its central office into a black history museum.

“Our museum is important because it incorporates members of our community and our influences in our society, and the children see that anything is possible,” said Logan.

Logan said fine arts students from campuses across the district contributed to the big project. Among the faces, there's one that can't be missed.

“I did a little bit of the face,” said Bishop Mitchell, a Manor New Tech High School student. “This is Kobe.”

“I was one of the contributors to making one of these squares and paint pasting it on their specific place and to make a whole portrait of him,” said Matthew Campos, another Manor New Tech High School student.

“Well, as I see him, I'm a basketball fan, makes me try to be like him, even be better than him,” said Mitchell.

In the museum, Bryant is accompanied by a long list of other greats, separated by genre: from film and TV to music and medicine. Students said creating this art helped them express their gratitude to those who broke through barriers so the next generation wouldn't have to.

“You get to express different emotions that words can't describe,” said Campos.

“I thank God for having it,” said Mitchell. “I think in my heart it’s a very, very good thing that we're having it in Manor ISD.

District leaders said this museum was inspired by the National Museum of African American History and Culture in Washington, D.C.

Manor ISD has a very diverse student body with 20% of its students being African American.

Logan said they plan to keep the museum up until the end of the week. It will then be moved to the fine arts center and it will be on display for a community celebration.