The mural, which was created on the backside of Sushi Hi, features the two next to each other with the No. 24 and the words "Black Mamba" next to them. 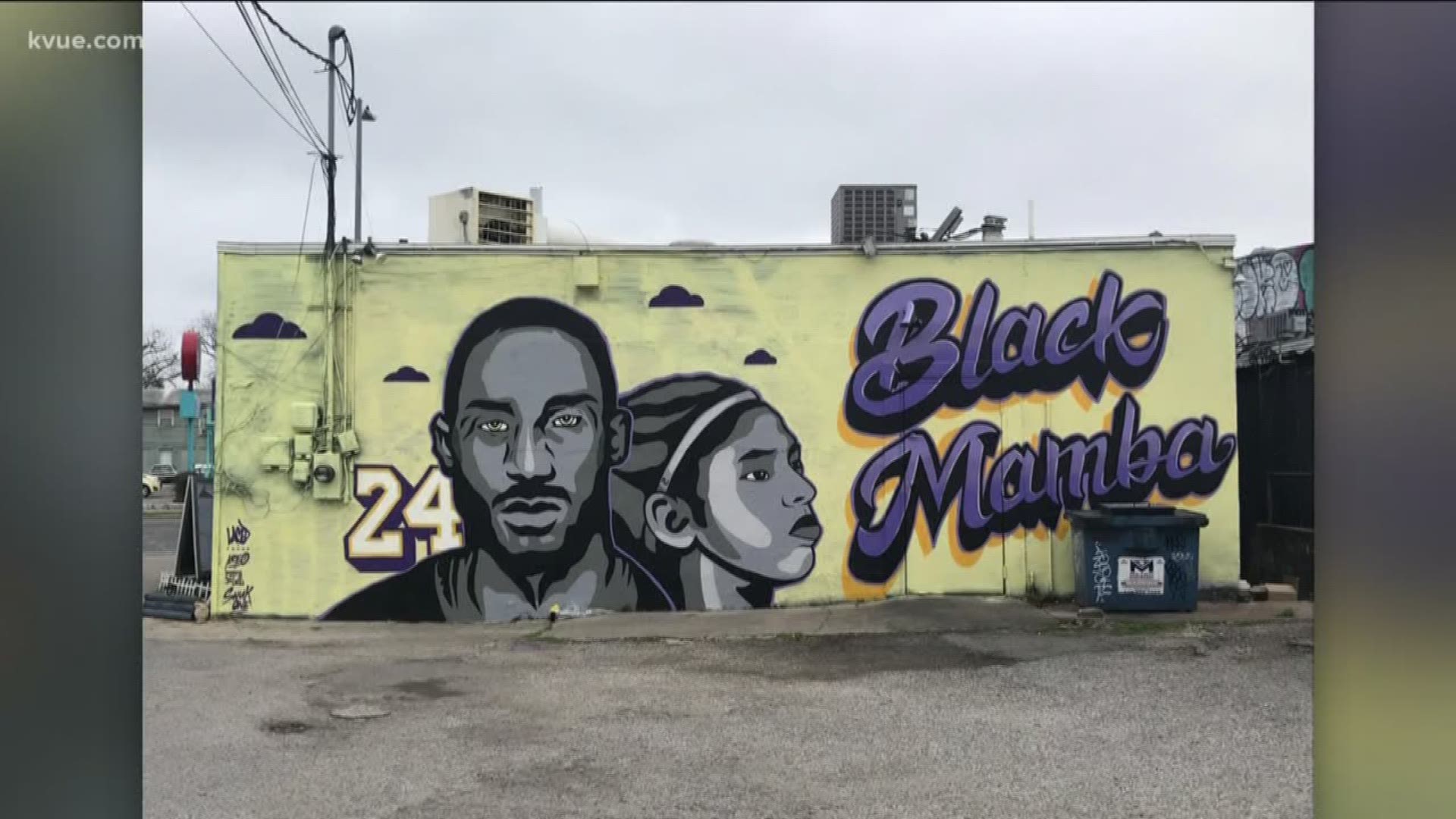 AUSTIN, Texas — A local artist has used his talents to pay tribute to an NBA legend taken too soon.

The artist behind a new mural of Kobe Bryant and his daughter, Gianna "Gigi," said the inspiration to create the work of art came from the impact Bryant had on the world.

"The legend that he was on and off the court was moving enough to choke us up and quickly honor him and Gigi," artist Laced and Found told KVUE.

Bryant and his 13-year-old daughter were among nine people killed in a helicopter crash in California on Sunday, Jan. 26.

The mural, which was created on the backside of Sushi Hi, features Bryant and Gigi next to each other with the No. 24 and the words "Black Mamba" next to them.

The creator said the mural took about seven hours to create, but it was worth it.

"I pray for all families affected and hope that this mural serves as a place for Kobe's Austin fans to connect with him, his daughter and all the other victims," he said.

The owner of Sushi Hi told KVUE she agreed to have the mural painted so that we can remember the beautiful memories Bryant left the world with.

The artist added that the mural isn't just for Bryant and Gigi, but for all of the lives lost in the helicopter crash as well.

If you want to check out the work of art yourself, you can find it at 2912 Guadalupe St.