Kingsland is in an area where the Llano River and Colorado River meet, creating some dangerous flood zones. 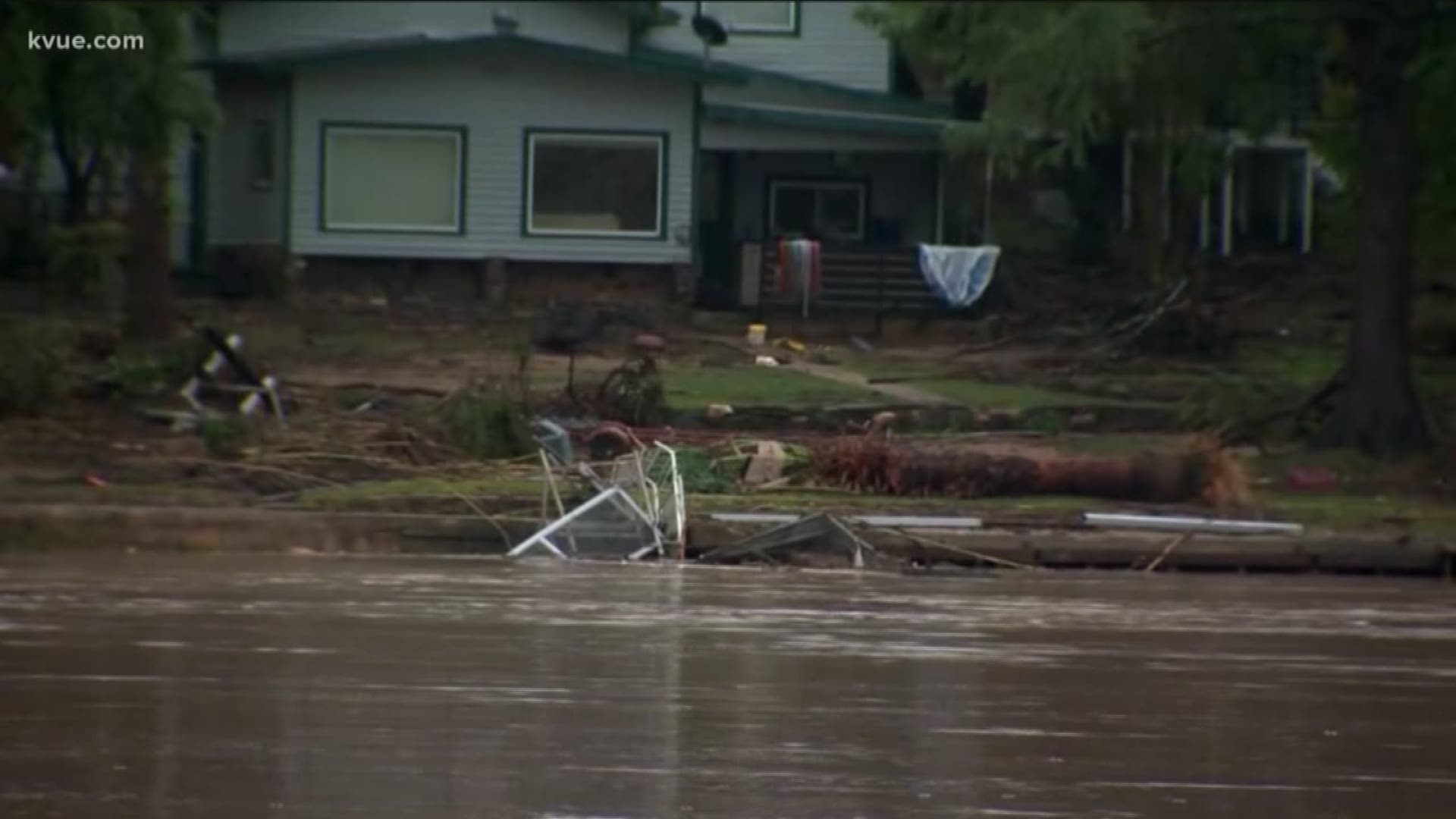 KINGSLAND, Texas — Two days after flooding waters took on the Hill Country, people in Kingsland continued in their recovery efforts.

Kingsland is in an area where the Llano River and Colorado River meet, creating some dangerous flood zones.

What was once a boat dock, turned into a pile of debris and mud at the back yard of the home of Shayler Wells.

"We had stairs, but they were aluminum so they're also gone," Wells explained.

The back yard of his vacation home is ruined.

"Luckily we didn't get any damage in the house," he explained. "We had a nice patio and dock, now getting to it is pretty much impossible."

For neighbors like Steve Counts, this historic flooding left a mess that was not expected.

"It's frustrating because most of the stuff we lost isn't covered by insurance," Counts said. "This stuff is expensive to replace with this type of water structure."

This natural disaster is a lesson learned for both families.

"It's nature, and it's a risk you take in living next to any body of water," Counts explained.

"It could have been worse," Wells said. "The good thing is no one got hurt."

Where you can get help after the Central Texas floods

The flooding waters made thousands of dollars worth of damage to homeowners that live along the Llano river. One of the biggest concerns to homeowners in the area was the ground erosion.

"It came in so fast it was hard to believe," said homeowner Paul Warren.

He is cleaning up what he can after flood waters from the Llano River and a nearby creek rushed into his home Tuesday.

"You can see it got up to almost 2 feet," said Warren.

"When it started getting out there in the drive way I knew we were in trouble and just in a few minutes it was at the door," said Warren.

They grabbed what they could.

"A couple bags of clothes, that’s all we had time for," said Warren.

They moved to higher ground to watch the river.

"Just rolling and you'd see couches and chairs and tables, all kinds of stuff coming down the river," said Warren.

Warren came back to house a full of mud, leaves and sticks.

Now he'll have to replace everything.

"We’ll cut sheet rock up probably 4 feet high and replace all that, insulation, wiring, cabinets, like I was saying, all the cabinets will go," said Warren.

It’s unclear how many people the water has affected in the area.

"It's going to take a long time to get this all back to where it was,” said Ronnie Madrid.

Madrid goes to the Llano River for every Fourth of July.

"It's a total disaster, sadness,” said Madrid. “I can’t even begin to say how different it looks.”

She lives just up the river near Buchanan Dam.

With more flood gates open, they now worry for their own home.

"The water is raging, it's just raging,” said Madrid.

As for Warren, he's thankful to have flood insurance.

As for the washed out bridge, several people in town tell me this is a big logistics headache.

"Now we have to go the long way around through Burnet to get to marble falls or to get anywhere,” said Madrid.

"Now we'll have to go all the way back around to get there,” said Warren.