Kingsland FM 2900 bridge replacement to open by end of May

Large debris has been a major obstacle for crews. 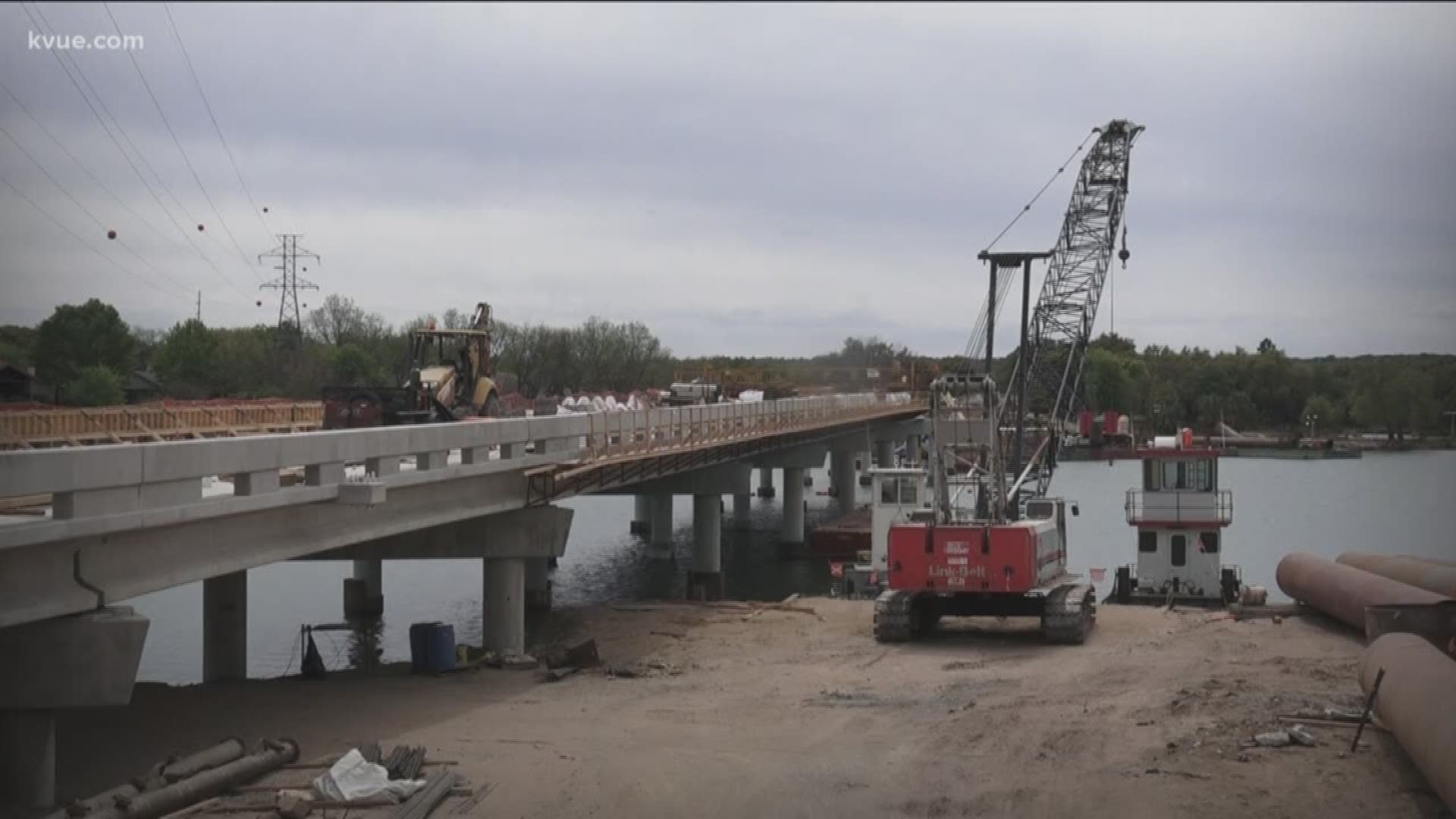 KINGSLAND, Texas — Kingsland’s FM 2900 bridge replacement should be ready for traffic before the Memorial Day holiday, TxDOT says. TxDOT told KVUE Thursday that "traffic should be flowing across the bridge" by May 24.

The bridge collapsed during a historic flood in October, when floodwaters rushed through the Llano River. The river crested at 39.9 feet, the highest in more than 80 years.

It's been about six months since the 2900 bridge was washed away from the flooding, this damage disconnected people living on either side of the lake.

"It was a terrible day in Kingsland the day the bridge was washed away," said Pat Muller, owner of Valentine Lakeside Resorts along Lake LBJ.

Muller said the bridge was literally the connector to the other side, and it has been an inconvenience for those who live around the lake.

Crew members with the Texas Department of Transportation have been working nonstop to rebuild the bridge.

So far, 14 columns have already been built along the path and crews are still working on cleaning up trees and debris along the way.

"Seeing the progress is amazing," said Matthew Hitt, who visits the lake regularly. "Knowing that just a few months [after] it fell, [it's] being completed, is wonderful."

This weekend was the first weekend back at the lake for Hitt. He said this construction has been going faster than usual.

"Seeing the number of resources thrown to get it up and running shows that those making the decisions have the wellbeing of Kingsland on top of their priority," said Hitt.

Contract workers with TxDOT are quickly working to reconnect those like Muller with neighbors across the lake.

The community, divided by water, has come together to rebuild.

TxDOT said the new bridge will be widened to include 12-foot travel lanes, six-foot shoulders and a six-foot sidewalk. It will also be built as a “perch” bridge, meaning the center of the bridge will be higher than the ends.

The new bridge is expected to be about five-feet higher than the previous bridge.

There will be a ribbon cutting ceremony when the bridge opens. We will keep you updated on that when more information becomes available.

Kingsland homeowners, workers come up with creative solution to keep cleaning up