Kids and guns: What happens when a child finds a gun?

An experiment at Cook Children's Medical Center in Fort Worth placed kids in a room with hidden guns. 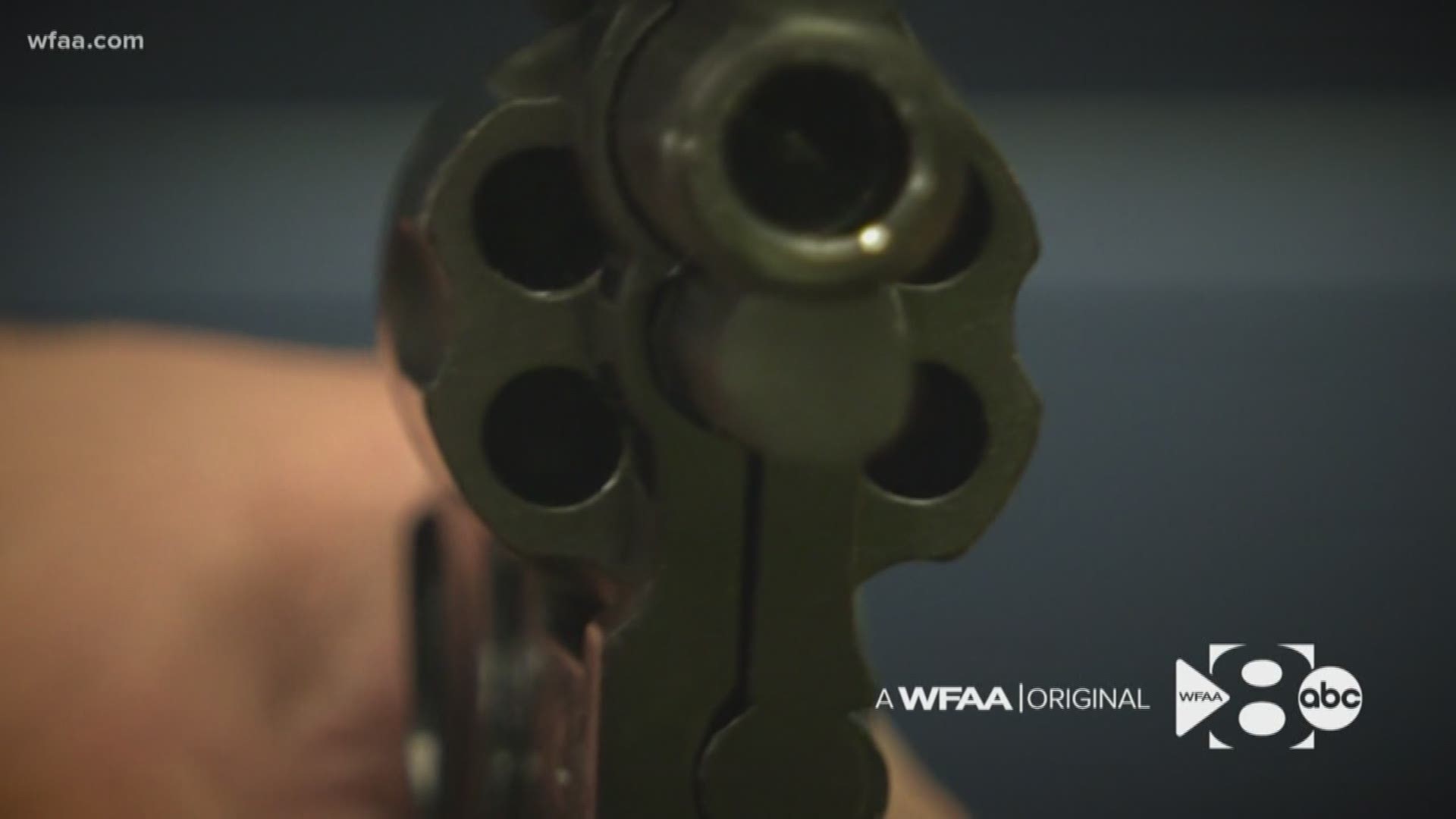 You never know what a child will say, and you never really know what they will do.

Especially when they find a gun.

Too often at Cook Children’s Medical Center, they see what can happen – injuries and deaths that can all be prevented.

“Here in Texas, about one-third of families do have guns in the home that are unsecure,” said Dr. Daniel Guzman.

For Guzman, this is not about the politics of guns. It’s an experiment to educate families.

The hospital hid three guns – modified so they can’t shoot – in a box, a backpack and a purse inside a playroom rigged with hidden cameras.

The families that have done the “Aim for Safety” program often see the same thing: Kids, a second away from being a statistic.

Ninety-three percent of the children that go through the program will find a gun, pick it up and manipulate the trigger. WFAA was there when three families put their kids to the test.

Even though they knew the guns were safe, the anxiety of the moment was real.

First, the Porras family. They keep guns locked in a safe at home and have taught gun safety. Eleanor is seven years old, James is five. Mom, Elise, works in the Emergency Room at Cook Children’s.

“Seeing the bad effects that kids can have with guns, I was extremely nervous to see what they would do,” she said.

Next, Thatcher and Knox – best friends going through the experiment together. Their moms watched in the next room.

Within seconds, they told a grown-up.

Eleanor and James find the gun hidden in a box. James shows Eleanor, who quickly tells an adult.

“Miss Amy, we looked in this box and there’s guns,” she said. “There’s a gun in this box.”

It was good news during that experiment. But these families know the conversation about gun safety never stops. And Cook Children’s wants parents to talk to each other.

“It’s something we need to address with our friends when they go to playdates or sleepovers,” Paul Porras said. “Are there handguns or long guns accessible to the children?

“You have to remove the stigma of having that conversation to help keep them safe,” Charbonnet said.

Those are the words that could save young lives.