During the peak river season, the trash in the San Marcos River piles up. They go twice a week and get bags of trash out of the river. 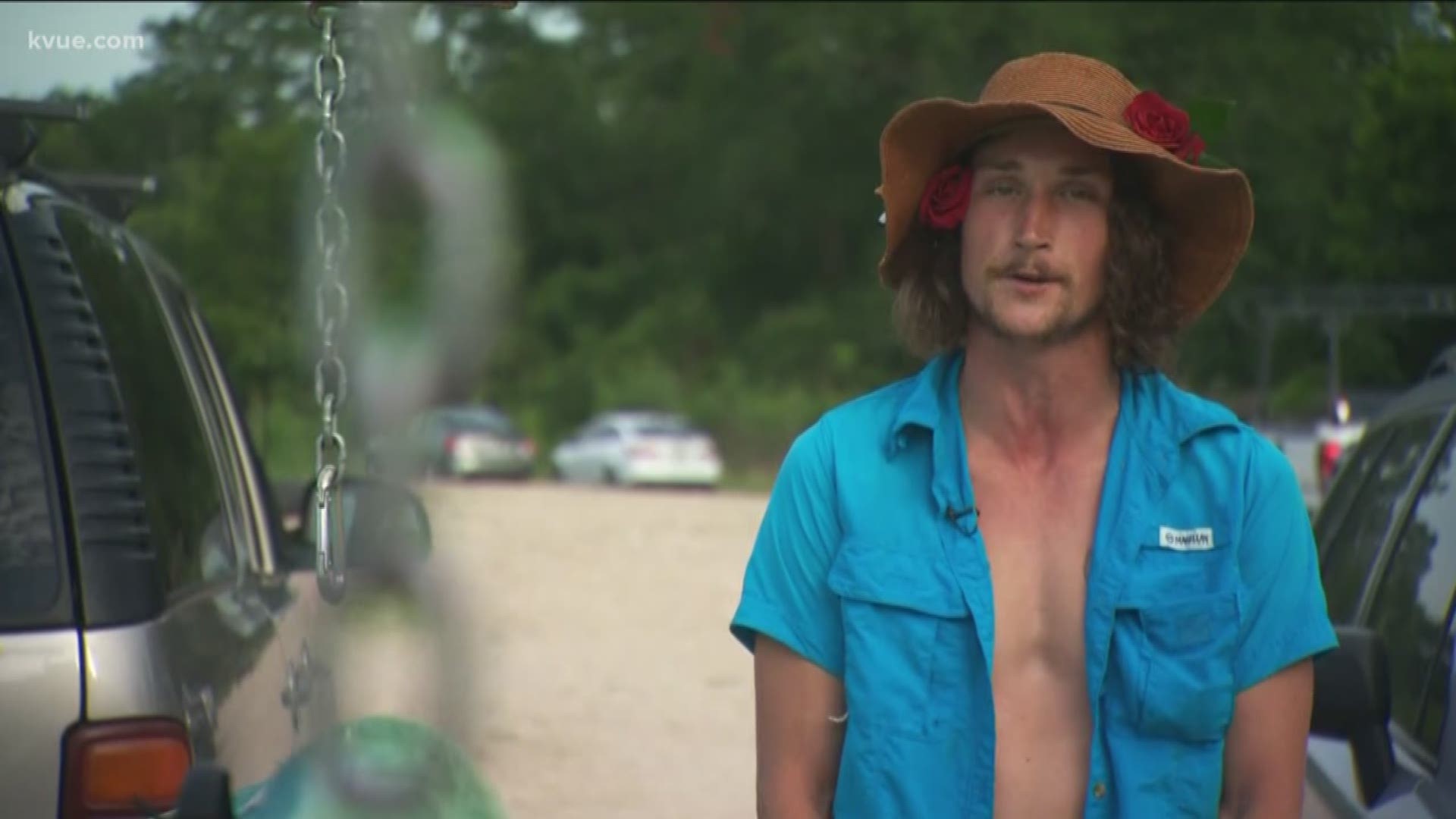 SAN MARCOS, Texas — With beautiful weather, people tend to find their way outside, to our lakes and rivers.

But what about the trash that gets left behind?

"What we did is do something – most people don't think about," said Cody Shields.

After a long day of floaters in the San Marcos River, there tends to be some things that just pile up.

RELATED: Austin Parks and Rec cracking down on trash, dogs off-leash on greenbelt

"It's the trash that comes out in the water," said Shields. "That's what we're here to do is to clean that up, make it a little bit better place where everybody can enjoy it forever."

That's where Steady Kayaking comes into play. They're pulling their kayaks out of the water, after close to seven hours of trash clean-up.

"Clean up the river, have a good time with friends," said one of the kayakers.

"There's about 150 of us," said James Steadman, organizer of Steady Kayaking. "We do this on the weekend. We do this on our own time."

On Saturday, they had only seven people, but still pulled seven bags full of all the things we don't want to see in the river.

"It's all about the river; we want to keep it sacred, keep it clean," said Kelsey Huckaby.

"You know, every time someone picks up trash they're saving all of the endangered species in this river," said Steadman.

The group gets help from local groups like Don's Fish Camp, Buzzmill, Rooster's Emporium, Print This, Herbert's Taco Hut, Gumby's Pizza and others. So while they can't get it all, the goal is to get as much they can out of the rivers we love.

"There's just certain trash you just can't get to – it's too dangerous," said Huckaby. "You might flip your kayak, get stuck."

"It's just doing it because we love to be in it, and if this were to keep happening, it wouldn't be the same," said Shields.

"We're here to get the trash out and it feels good doing it," said Steadman. "We have a lot of fun getting the trash out."

The group goes out every Saturday and Sunday to collect as much trash as they can. Kayaking is free to those who want to join.

Giant squid caught on camera for just second time ever