The Austin firm claims it is owed $2 million. 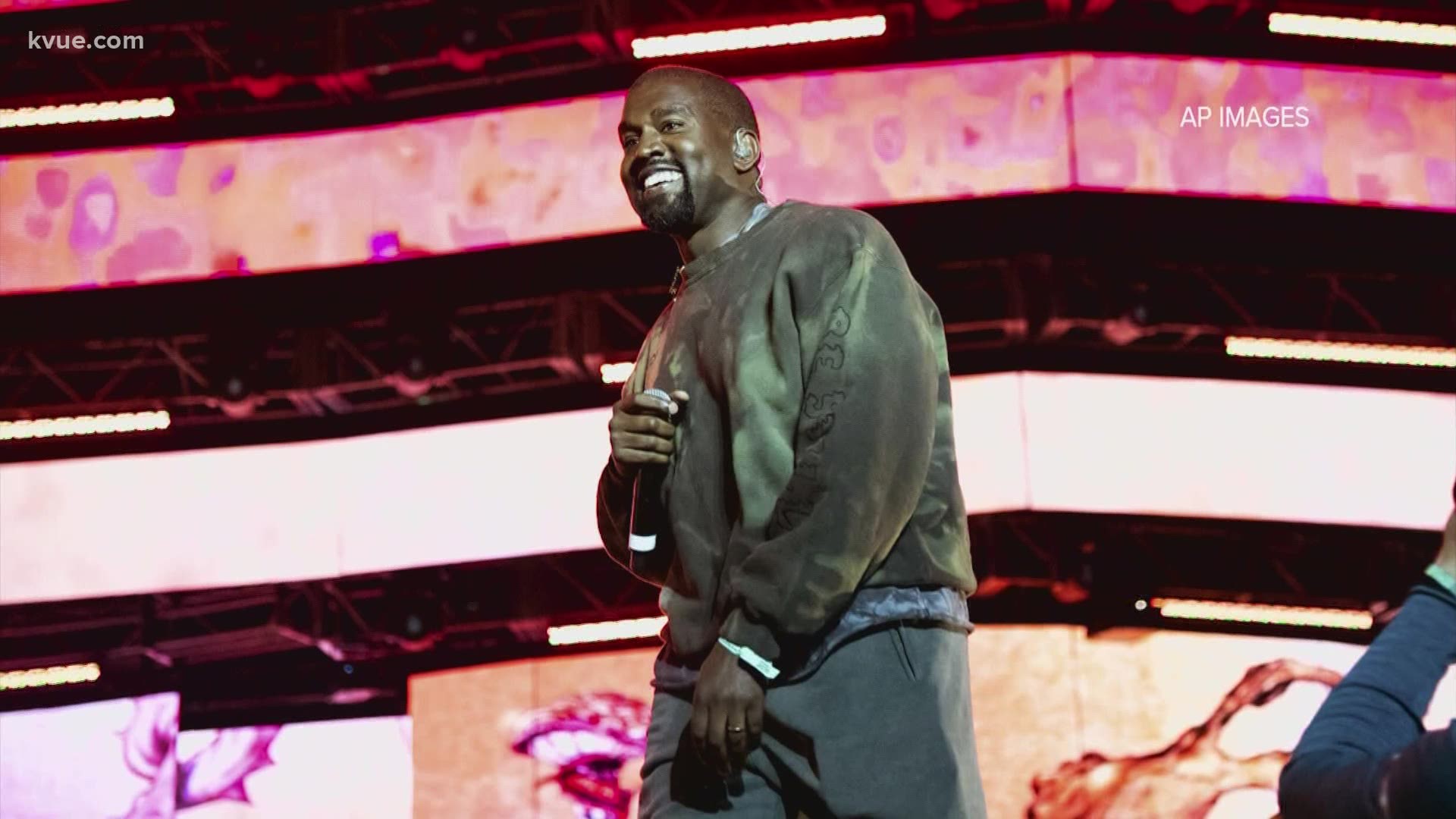 AUSTIN, Texas — An Austin firm has filed a lawsuit against Kanye West's 2020 presidential campaign, claiming the company is owed millions.

According to court documents obtained by KVUE, SeedX Inc. and two of the company's owners are suing "Kanye 2020" for breach of contract. A digital marketing agency, SeedX Inc. is a for-profit corporation based out of Delaware but with headquarters in North Austin.

Two consulting groups that worked for the campaign are also named as defendants in the lawsuit.

In June, Lincoln Strategy Group reached out to SeedX to discuss work opportunities and in July 2020, a contract was negotiated, the lawsuit stated.

Over a three-month period, SeedX performed work for Lincoln, "engaging a community for the company that spanned across the world, identifying trends and issues in the industry the company was in, communicating on all relevant channels and media, creating and managing shareable content, developing target advertising campaigns, increasing engagement, etc."

SeedX Inc. has reportedly made multiple requests to be paid for their services but has yet to receive payment, the lawsuit stated. According to the lawsuit, SeedX's work on the campaign is valued at more than $10 million, but SeedX is seeking $2 million for the services provided.

The lawsuit also states that a representative of Lincoln offered in January to compensate SeedX $20,000, which the owners rejected "as it was substantially below the value of the services provided."

Monica's Law: How a tragedy changed the protective order search process in Texas

Man who escaped with pet tiger is out on bond for murder in Fort Bend County, Houston police say