Justin Dakota Ayers pleaded guilty to charges of intoxication manslaughter, intoxication assault and leaving the scene of an accident. 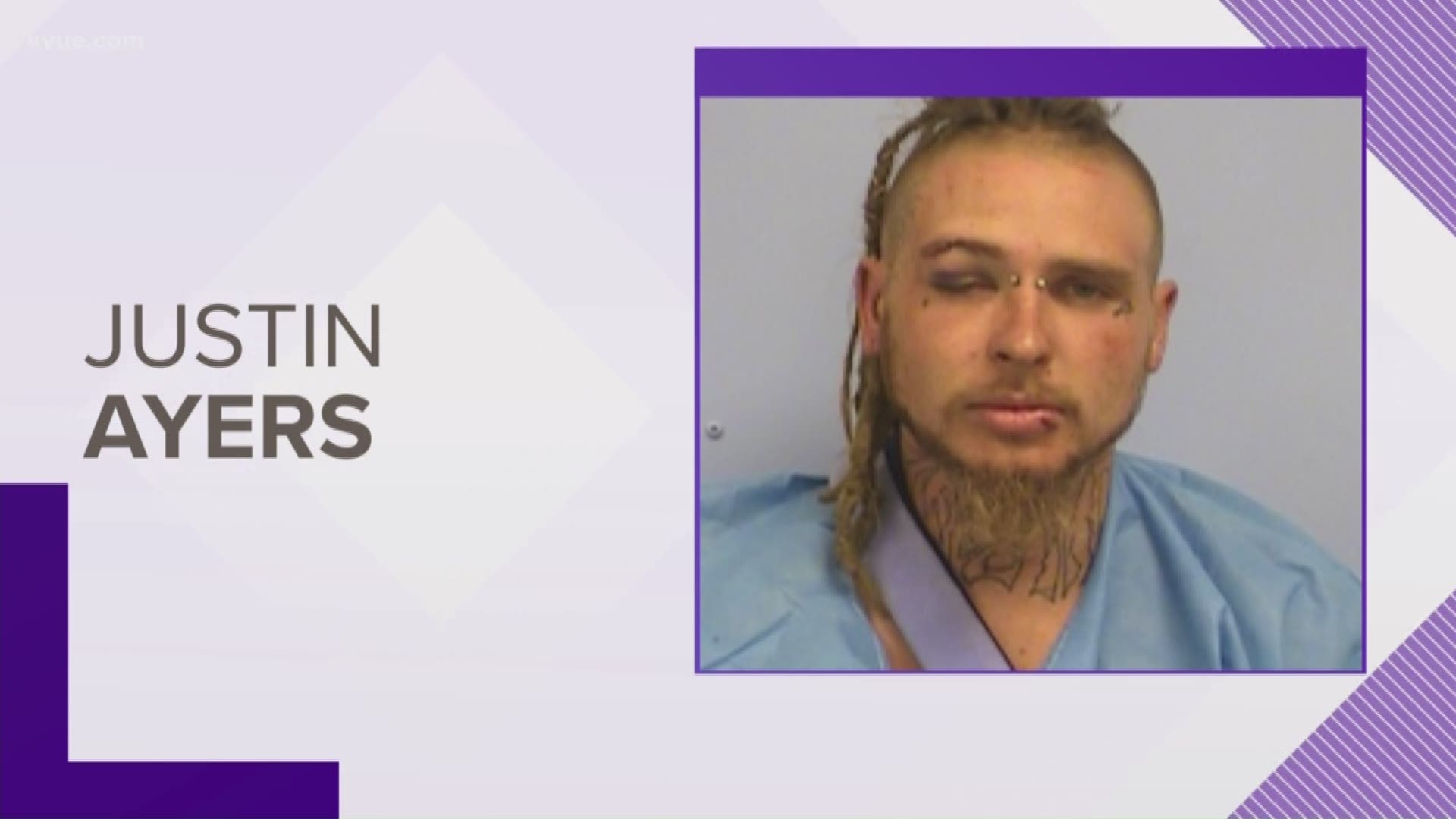 AUSTIN, Texas — An Austin man was sentenced to 28 years in prison on Friday after pleading guilty to several charges in connection with a North Austin crash that killed one woman.

Justin Dakota Ayers pleaded guilty to charges of intoxication manslaughter, intoxication assault and leaving the scene of an accident over the Aug. 2018 crash that killed 24-year-old passenger Brianna Polzine.

Ayers was driving southbound on the Interstate Highway 35 service road near the intersection of Koenig Lane when witnesses said they saw him assault Polzine and push her out of the car, leaving her hanging from the door frame.

Ayers then ran a red light, dragging Polzine and slamming into two cars. Polzine was pronounced dead at the scene, and the drivers of the other two cars were transported to a local hospital with non-life-threatening injuries.

Ayers fled the scene but witnesses apprehended him and held him until police arrived. He was under the influence of drugs and alcohol at the time of the crash.

“By prosecuting Mr. Ayers to the fullest extent of the law for his callous attack on Ms. Polzine during his intoxicated state, we were able to secure a plea ensuring that he will not hurt anyone else for a very long time,” Allison Tisdale, Travis County assistant district attorney, said on Wednesday.