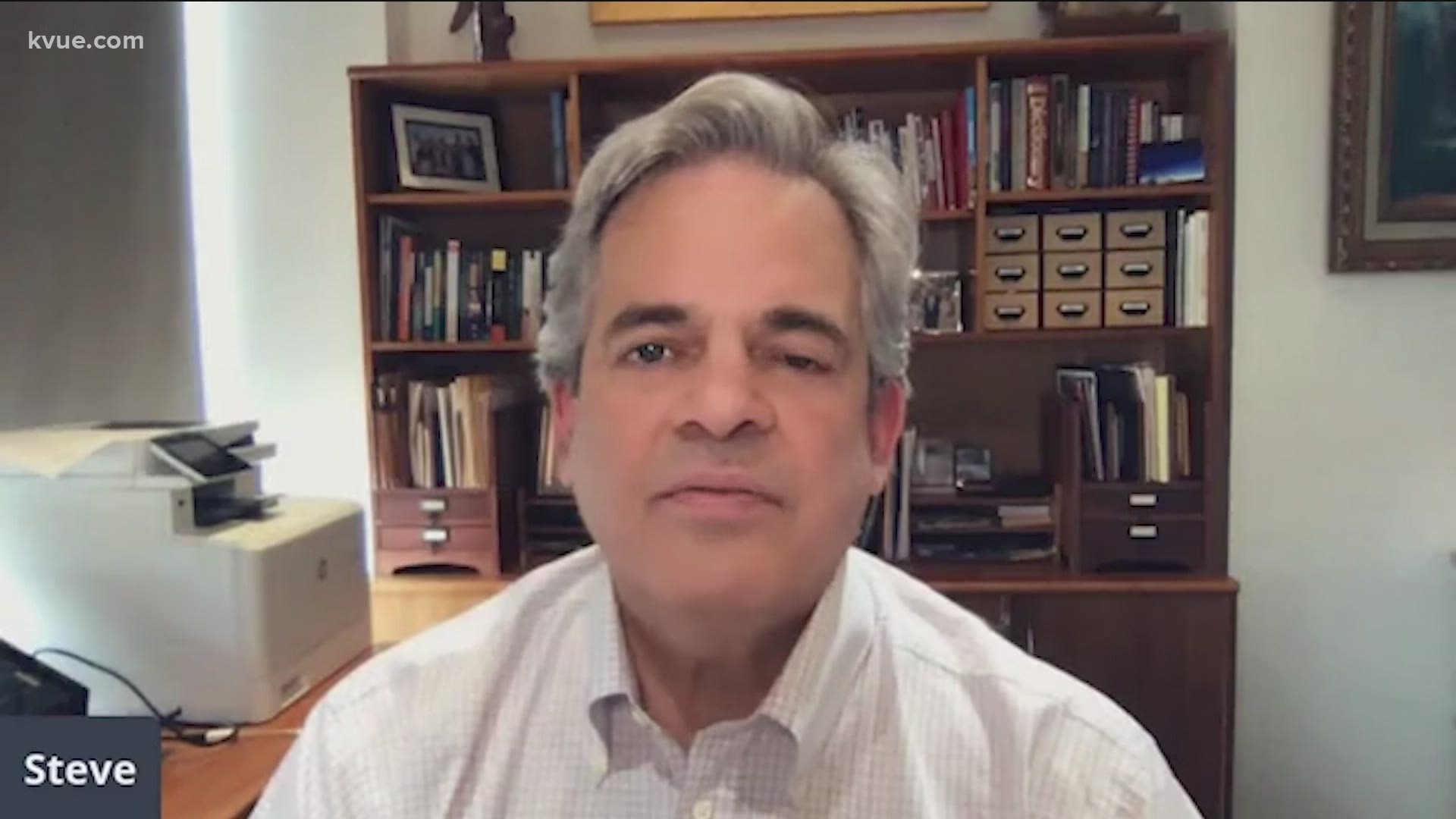 AUSTIN, Texas — On Friday evening, Austin Mayor Steve Adler spoke about the protests over the deaths of George Floyd and Mike Ramos planned for Saturday and Sunday.

"In the midst of this life and death struggle against this disease for our neighbors of color, the risk of the virus is much more intense," said Adler. "But there's another life or death struggle that's going on. It's because I'm concerned about the safety of everyone in our community, in our entire community, that tonight I want to talk to you about how we're all impacted by the killing of George Floyd in Minneapolis, Breona Taylor in Louisville and yes, Mike Ramos in Austin."

Adler said these events are becoming an embarrassingly long list of mostly Black and Brown unarmed people who have been killed by police.

"Frankly, people who look like me need to get better at listening," said Adler. "So I've been listening a lot this week, to people that I know, that I love and that I depend on, and whose skin color make their lived experience in this country and in this city different than mine. I hear fear for their children, many of them who I know. I hear the dawning, or the reaffirmation, that the tools of justice do not extend to people who look like them. What I hear mostly about is a need about accountability."

Adler said the City needs to do a better job recruiting and training Austin police. He said police rely upon the trust of the people they serve.

"These horrific encounters erode that trust. When people learn not to expect justice, our civic institutions lose their meaning and their power and their strength," said Adler. "Justice demands accountability."

The latest on hospitalizations and our community response to COVID-19. But tonight, I also want to talk to you about what trust has to do with our safety as a community.

"When someone kills another person, they should be arrested and they should be subjected to criminal prosecution, and that includes police," said Adler. "At the end of the day, only accountability will stop unarmed people from dying at the hands, and under the knees of police officers. The morbid, near-daily ritual, of Black people dying while on the ground, while walking away, while on their knees with their hands raised, it has to stop."

Adler said that just like this virus, this is another challenge that we have to face together.

"I usually close these updates with profiles of pictures of kids in our community," said Adler. "Tonight, I want to close with a reminder that we were all young once, full of promise possibility. Including this baby. This is Mike Ramos. He was his mom's only son, and he didn't have to die. And the way that he died has made our entire community less safe."

Adler issued this statement on May 29:

"George Floyd.  Ahmed Aubrey. Breonna Taylor. Larry Jackson. David Joseph. Mike Ramos. As the list grows, so do the tears and the fears. Only real accountability will restore trust in those who swear to serve and protect. People who kill – including police officers – should be arrested and see due process from inside a courtroom and from the defendant’s table. These incidents did not begin with cell phone cameras. For our black and brown neighbors, the fear of appearing in one of those scenes is a generations -- long ache, resulting in an erosion of trust in the police that makes the entire community less safe. I am committed to do what it takes to make this stop."