'Just a matter of when' | Lago Vista, Jonestown communities coming together in wake of floods

"Lago always comes together," Withrow said. "We always help each other. 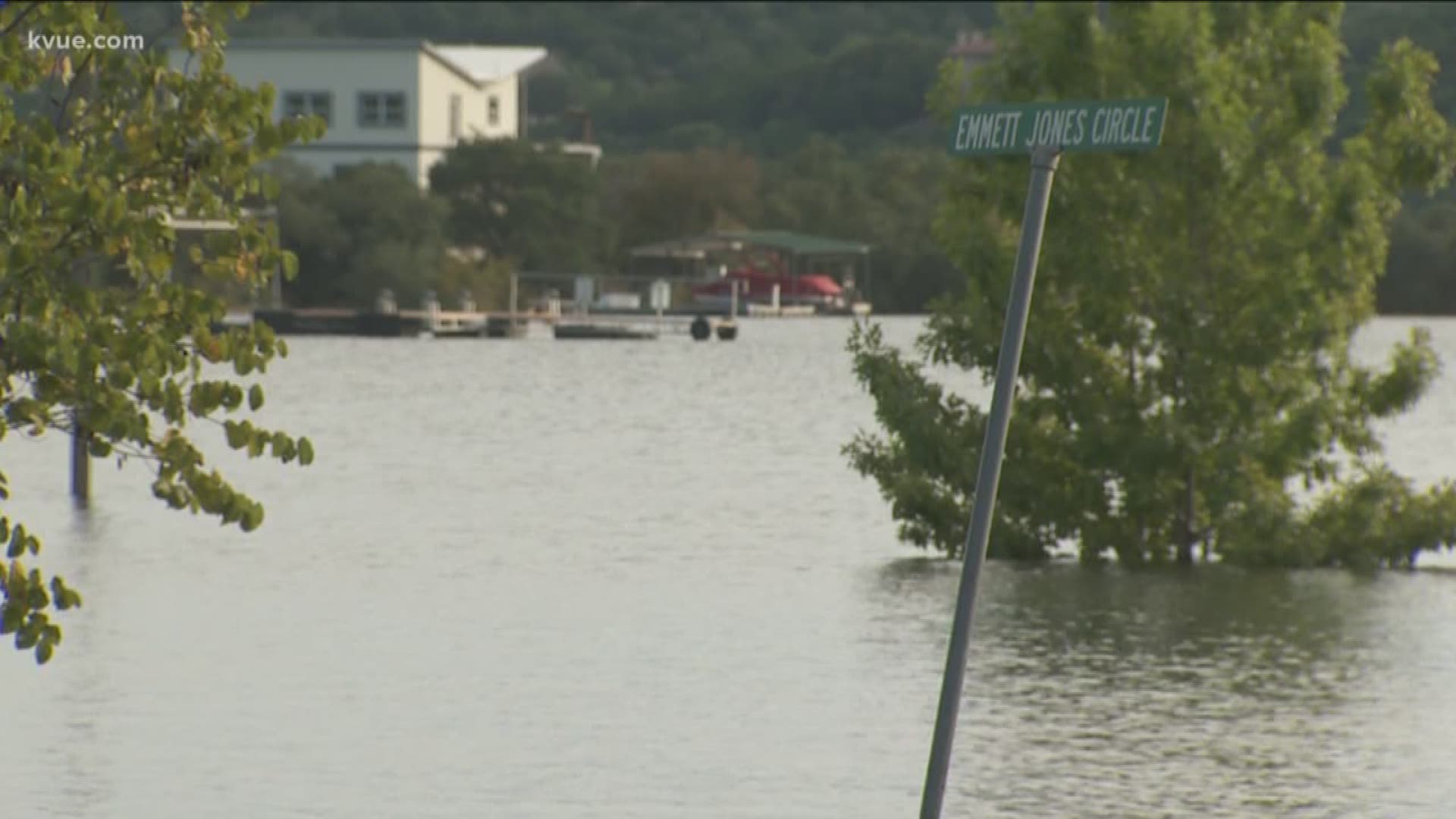 LAGO VISTA, Texas — Some people living in low-lying areas along Lago Vista at Lake Travis are packing up and getting out before it's too late.

The rising waters have already flooded parts of Lago Vista, including some backyards and the park on Bar K Ranch Road south of FM 1431.

"This is the highest I've ever seen it," homeowner Cheryl Smith told KVUE.

As Lake Travis rises, here's a look at how water flows through the Highland Lakes

The floodwaters were just a few inches away from entering the back of her home Thursday evening.

To save her belongings, she emptied her garage and put everything on the top shelves as far from the ground as possible.

"It's crazy. But when you live in the flood zone, it's just a matter of when. It's not a matter of if you're going to flood. We're somewhat prepared," Smith said.

Smith said the first floor of her home is designed to withstand a flood -- up to a certain height.

Next door, neighbors helped each other place sandbags around their homes to keep the rising water out.

"It does make you feel good inside to find people to help," said Lago Vista resident Jeremy Withrow. "As a community, we should come together to help each other. If we don't do so, then we're no better than common criminals."

Until the water recedes, Smith is staying with friends. But it won't be over then.

"All the debris gets washed up along the bank wherever it ends up, so when it goes out, you'll see a bunch of trash and cans and cups and all sorts of things that come up from the lake," Smith said.

You can expect to find her neighbors lending a helping hand again.

"Lago always comes together," Withrow said. "We always help each other."

Casa Mexico on Lohman Ford Road will be collecting cleaning supplies and water on Friday from 8:15 a.m. to 3 p.m.

And right next door in Jonestown it's much of the same. Jones Brothers Park is nearly submerged under water. The roads that run alongside Lake Travis virtually are also a part of the lake now.

The town of just under 2,000 people lies just a few miles away from Lago Vista. No injuries are reported in the town, but many people have evacuated their homes.

But like many stories in Central Texas with this flooding, the scenes of neighbors helping neighbors is what Emergency Services District 1 said it has seen a lot of.

“There is a lot of that going on now as far as people that are needing to move belongings to a higher floor, or actually loading them up and move them out. They’re getting a lot of help from their neighbors and the community. We’ve heard nothing but good stories about that.”

One of those stories comes from the Jones family whose house is now underwater in Jonestown. Their neighbors and others in the community came to their aid on Tuesday helping load out essentials in their home before the water came to their doorstep. Some of them were total strangers.

“People in the neighborhood – a lot of the friends and family – they got kids and the neighbors that we knew are here helping and then more people showed up and people I’ve never met in the community don’t even know where they live - don’t know names," said Eric Jones.

They say they had their house unloaded in an hour once people came to help out.

“It’s been incredible – my neighbors, they are amazing, beautiful people. Just everybody came together – helping what they could get out of their house. Just pack it move it pack it move it. And then we move to the next house – move stuff that they wanted to be moved," said Ashley Jones.

They also credited first responders for continuing to make sure everyone stays safe.

“Jonestown police has been amazing … it’s a pretty nice, you know, community. Everybody knows everybody down here," said Jones.

First responders will be continuing to block off roads and monitor the situation until the water recedes.