All dogs responsible for death of Austin woman, jury finds

As part of a trial regarding the mauling death of Erin McCleskey, a jury decided that all the dogs participated in the killing. 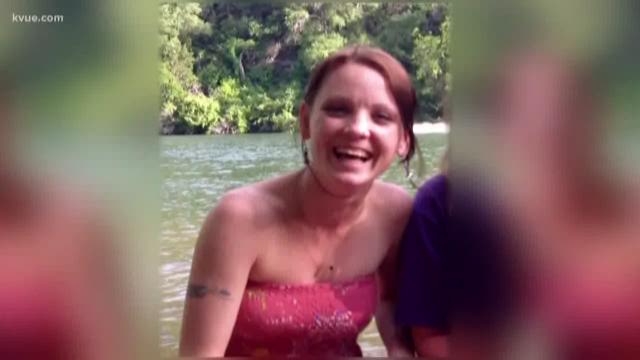 It is now up to judge Eric Shepperd to decide what will happen to the remaining dogs.

McCleskey's parents said they are happy with the outcome and hope this doesn't happen to anyone else, although this doesn't bring Erin back.

"The jury reached the correct verdict today when it found that this pack of dogs killed Erin McCleskey. Undoubtedly, this was a tragic set of circumstances. The jury's finding is certainly no consolation to the family who lost their daughter to this horrific attack. We recognize this verdict will not bring back Ms. McCleskey, but hope they are able to find some closure, and we hope there is some comfort in the knowledge that the jury's finding will prevent the death of another person."

Defense attorney, Eric Torberson, said he will talk to the family to see what they will do next. They have 30 days from when the judgment is filed to appeal the decision.

On the second day of the trial, the dogs' owner, Terry Swanson, took the stand and said McCleskey made a critical error when she came onto his property, and he disagreed that all of his dogs attacked her. Travis County sheriff's deputies said McCleskey, a licensed contracted process server for her stepdad's company, was visiting the residence in Manor near Parmer Lane and Harris Branch Parkway on June 15, 2016, to serve legal papers when she was attacked by dogs upon entering the front gate of the property.

Pack of dogs that mauled woman in 2016 is still alive, but why?

Swanson broke down on the stand, telling jurors how much he loves his dogs, how he prays for them and McCleskey every night, and how he wishes she never died.

James Crosby was the next witness to take the stand. He is an animal behavior expert who is trained in many fields, including bite marks. He testified that the injuries seen on McCleskey's body were highly unlikely from just one dog. Crosby said that if the mother dog attacked McCleskey because she was acting on maternal instinct, the dog would have less than likely attacked the third time McCleskey was on the property, when she was mauled to death by the dogs. The defense contended that the mother dog attacked McCleskey because the canine was protecting her young.

"I find the maternal instinct to be very unlikely because the puppies were older, they were in their own pen, there's no evidence that Ms. McCleskey was in the puppy pen or interacting with the puppies at all," said Crosby.

McCleskey's stepfather, Michael Shapiro, testified she was attacked on her second or third time on the property.

Animal protection officers impounded the six adult dogs from the property after the incident. They also found 14 puppies that were living on the property. Those 14 puppies have since been adopted out and the sixth adult died from heartworm complications this past summer.

Crosby also told jurors that it's too hard to predict dog behavior.

"Dogs are sentient beings, they make choices. You can't anymore than predict what I'm going to turn around and rip my clothes off, you can say what's likely going to happen but you can't predict, and in a case where people's lives and safety are involved, it's not safe to try to predict," Crosby later told a group of reporters.

Perhaps more importantly, Crosby testified that he believed all six dogs participated in killing McCleskey, which ultimately was the conclusion the jury needed to reach for the State to win the case.

"My opinion based on the evidence is that all the dogs present participated to one level or another in the bites attack on Ms. McCleskey that led to her death," Crosby said.

A medical examiner who took the stand next also agreed.

Defense attorney Eric Torberson called four witnesses, including the man who fed the dogs when Mr. Swanson wasn't living at home during the time of the mauling, an animal control officer, a vet who works at the Austin Animal Center, and a man who provided medical care for the dogs. All said the dogs were calm and non aggressive.

But it wasn't enough as the jury took about two and a half hours to decide that all six dogs killed McCleskey.