The 430-mile Permian Highway Pipeline will stretch from West Texas to Katy, passing through the Hill Country. 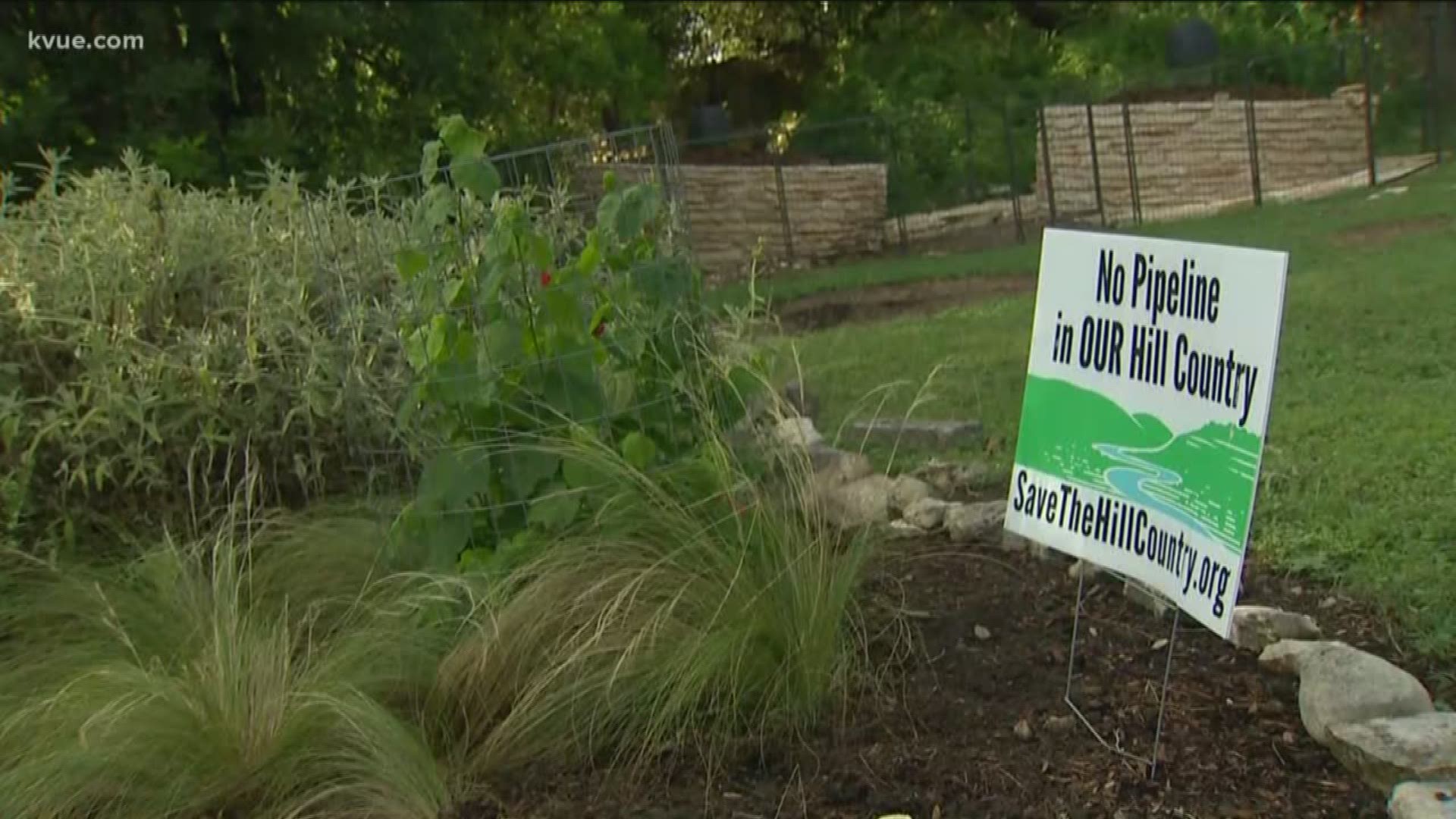 AUSTIN, Texas — A Travis County District Court judge this week ruled in favor of Kinder Morgan, an energy infrastructure company that plans to build a 430-mile pipeline set to run through the Hill Country.

The Permian Highway Pipeline (PHP) is supposed to run from West Texas to Katy near Houston, crossing over the Trinity and Edwards aquifers.

“Kinder Morgan is very pleased with the ruling made by the Travis County District Court,” said Tom Martin, president of Natural Gas Pipelines for KMI. “The court’s finding validates the process established in Texas for the development of natural gas utility projects, as well as the steps we have taken to comply with that process. We will continue to engage all stakeholders as we work to complete PHP.”

According to Kinder Morgan, the PHP project will cost about $2 billion and is supposed to help provide the infrastructure needed to allow further development of the Permian Basin in West Texas by providing an outlet for increased Permian natural gas production to growing areas along the Texas Gulf Coast and Hill Country. Once completed, it will transport up to 2.1 billion cubic feet per day of dry, natural gas.

Kinder Morgan said that, throughout the project, the route has been evaluated to minimize potential impacts to the environment and nearby landowners.

"Kinder Morgan has certainly demonstrated throughout the state a sense of responsibility," Woodcreek resident, Laura Euing, said, explaining her disappointment with the ruling. "And what makes me very sad is that with that sense of responsibility, I’m surprised that they don’t understand our concern with the potential damage to our water supply if something happens with the pipeline that could really impact our ability to have drinking water here.”

Those with the company said they "understand people have strong feelings ... and we want to work with everybody."

It is expected to provide almost $1 billion in additional revenue each year to the state of Texas and its counties. The company said individual leaseholders are also projected to receive more than $2 billion per year in new oil and natural gas royalties.

The proposal brought along much opposition from landowners and became the subject of a lawsuit involving the City of Kyle and Hays County, as well as the Texas Real Estate Advocacy and Defense.

Kinder Morgan previously told KVUE that it held hundreds of conferences with landowners and adjusted the pipeline about 150 times due to landowner concerns.