The lawsuit was filed in June 2018 claiming the county and police department committed several violations when handling the women's cases. 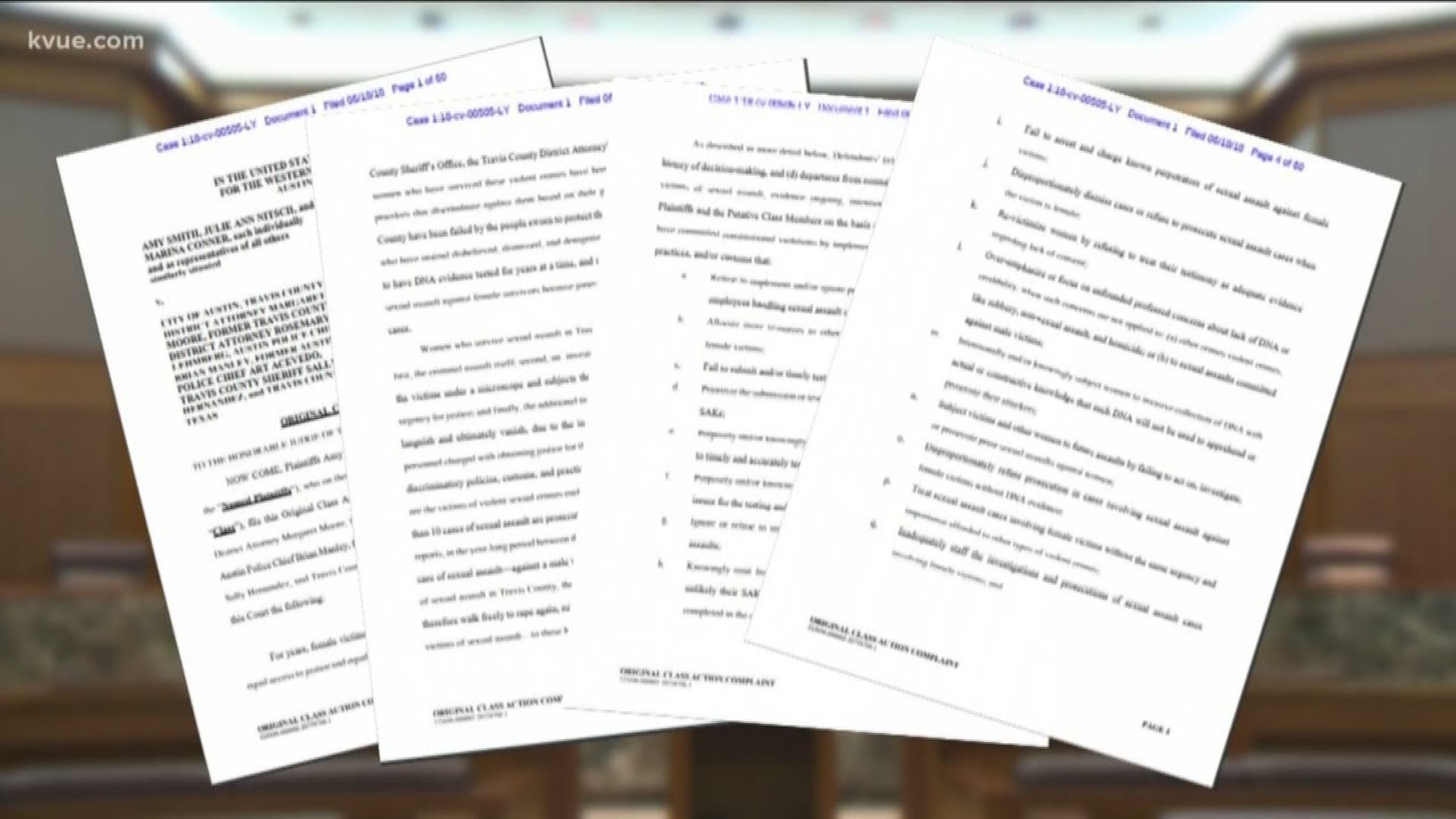 The suit claims the defendants committed federal and state violations by:

The plaintiffs have spoken at a number of press conferences since filing the suit, saying that they did not feel prioritized and that the defendants violated the rights of women and discriminated based on gender when handling their cases. The suit claims that although more than 1,000 women report sexual assault incidents to Austin police each year, less than 10 cases make it to trial.

In the 86th Regular Session of the Texas Legislature in 2019, lawmakers passed multiple bills designed to change the manner in which sexual assault cases are investigated and prosecuted in Texas. One of those was the Lavinia Masters Act, which imposes deadlines for sexual assault kits to be submitted for testing and to be analyzed, among other things. Additionally, Texas Gov. Greg Abbott also signed a bill creating a sexual assault survivors task force. House Bill 616, House Bill 3106, and House Bill 1 were also passed regarding sexual assault.

At the city level, the Austin City Council passed a resolution in January 2019 directing the city manager to hire an outside group to evaluate how the city investigates sexual assaults.

In December 2018, the APD released a preliminary report from a DPS audit regarding the department's handling of sexual assault cases.