'I want him to get life': Jonathan Price's family reacts after officer arrested in connection with his death

The Hunt County district attorney said the investigation remains ongoing and that they have not received the case from the Texas Rangers. 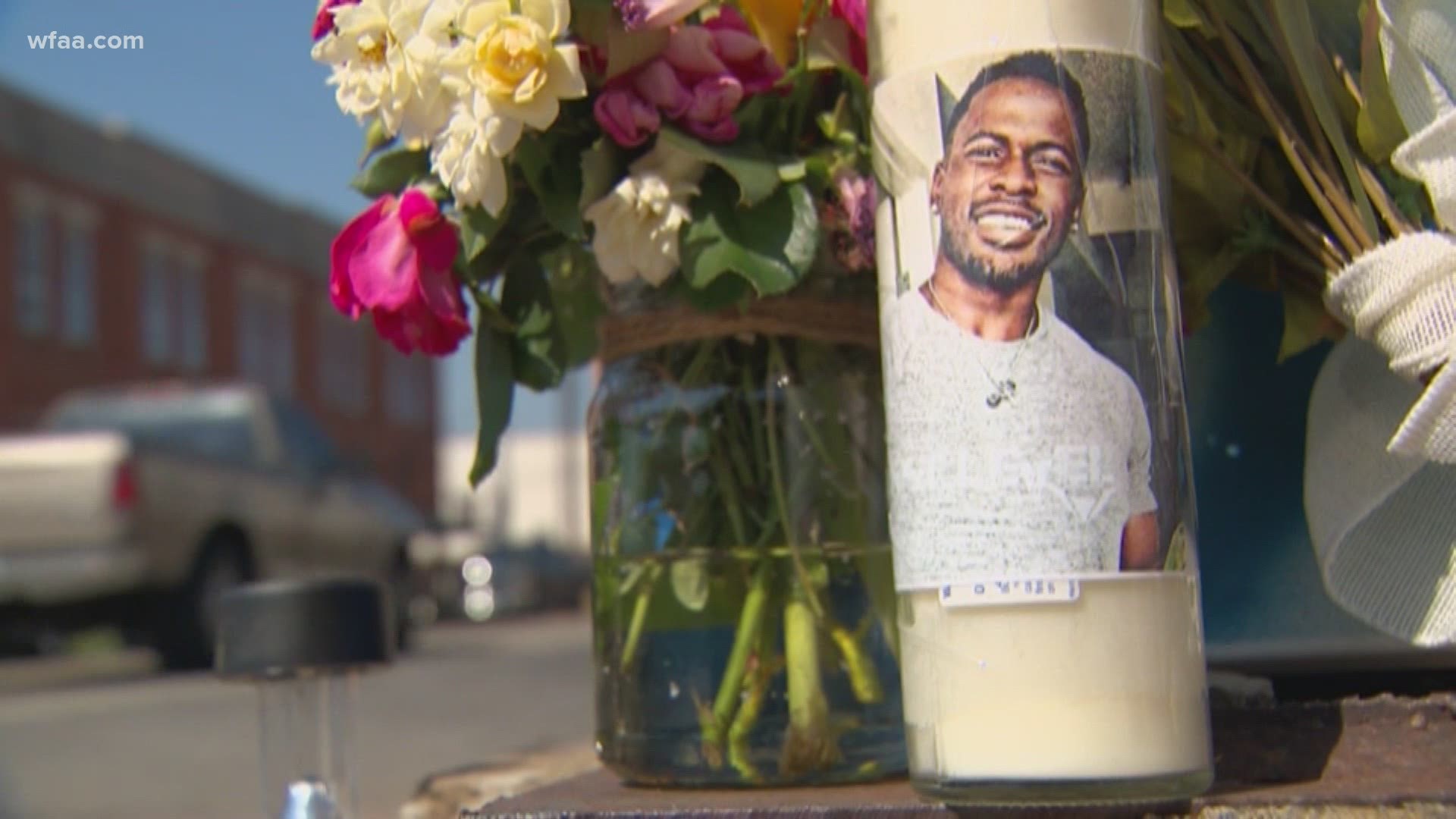 Jonathan Price’s mom Marcella Louis said she was finally able to get a little sleep Monday night after she learned of the arrest of Wolfe City police officer Shaun Lucas, who is accused of fatally shooting her son. But the family's attorney is asking why the arrest took so long and says the county's prosecutor is "hands-off" in the investigation.

Lucas faces a murder charge after Texas Rangers say he shot and killed 31-year-old Price at a Wolfe City gas station Saturday night. He remains in jail after his arrest Monday.

"My son got life. I want him to get life. And think about it. He’s going to have time to think about it. My son is not," Louis said. "It’s just his spirit is going to be around here in the so many people who loved him."

The Texas Rangers say that around 8:30 p.m. Saturday, Lucas responded to a domestic violence call at the Kwik Chek in Wolfe City. He thought Price was involved.

The Rangers say Lucas attempted to detain Price, but Price resisted in a non-threatening way and began walking away. They say at that point Lucas used a stun gun on him then shot him. Price was pronounced dead at the hospital.

"He didn’t have to shoot him," Louis said. "They could have wrestled or whatever, but they didn’t. He turned around and shot him. Close up."

The two men who went with Price to the gas station Saturday spoke with WFAA. They don’t want their names released but they say Price was 8 yards away from the officer when he was shot and after he was shot the officer handcuffed him.

"Though an arrest has been made, our office has not received the case from the Texas Rangers as it remains an active and ongoing investigation," Hunt County District Attorney Noble Walker, Jr. said. "As is customary, this case will be filed with our office once the investigation is complete."

That doesn’t sit well with family attorney Lee Merritt. Merritt is asking for more transparency from both the Texas Rangers and the Hunt County District Attorney.

"It’s a shame that he [the district attorney] is so hands-off with this investigation. This is what the people of Hunt County elected him for," Merritt said. "The prosecutor directs that investigation. The prosecutor is an active force for justice in this region. He cannot simply allow the Rangers to police the other police."

The gas station has cameras, but so far the video has not been released.

"The arrest should have taken place two days ago. The key piece of evidence is the video that they had the day that this occurred," Merritt said. "It was a relatively quick arrest for a police murder, but why are police held to a different standard than all other criminals?"

RELATED: Who is Jonathan Price?

"This is not the Texas Rangers investigation alone," Merritt said. "It is the responsibility of the elected prosecutor of Hunt County to actively participate in this investigation. To lead and direct the Rangers. Not to simply step back."

The Texas Commission on Law Enforcement says Lucas has been a Wolfe City police officer since April, after he graduated from the academy in late March.

Jonathan Price was Marcella Louis' only son. A trainer, mentor, city employee and community leader -- his life was so memorable.

"He was a miracle baby, I wasn’t even supposed to have him," Louis said. "And he came out to be everything I wanted him to be, a football player. He wanted to be a star. But not like this. Not like this." 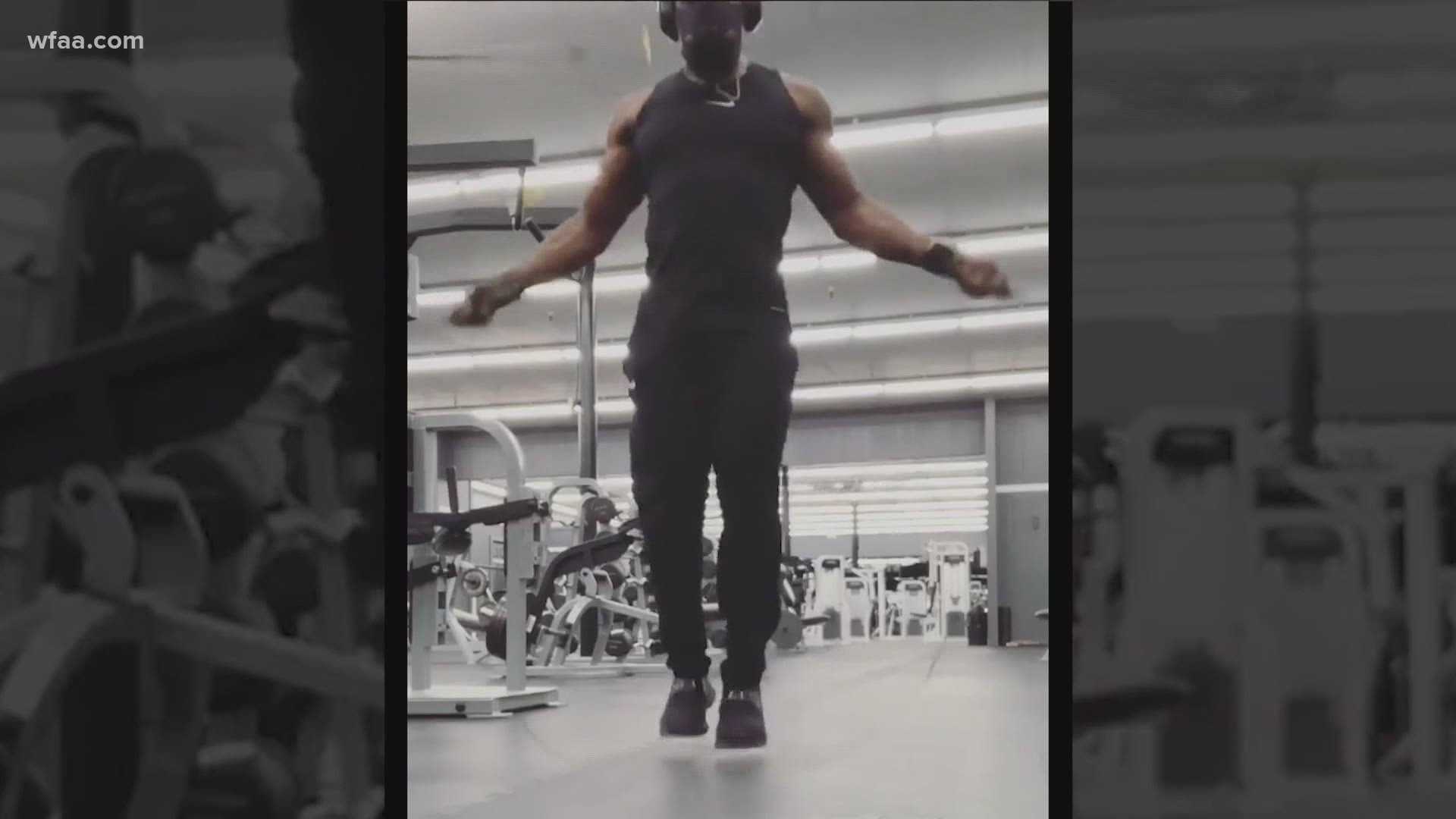