Among the incidents Bash's office helped law enforcement investigate include the Austin bombings in 2018 and the mass shooting in El Paso in 2019. 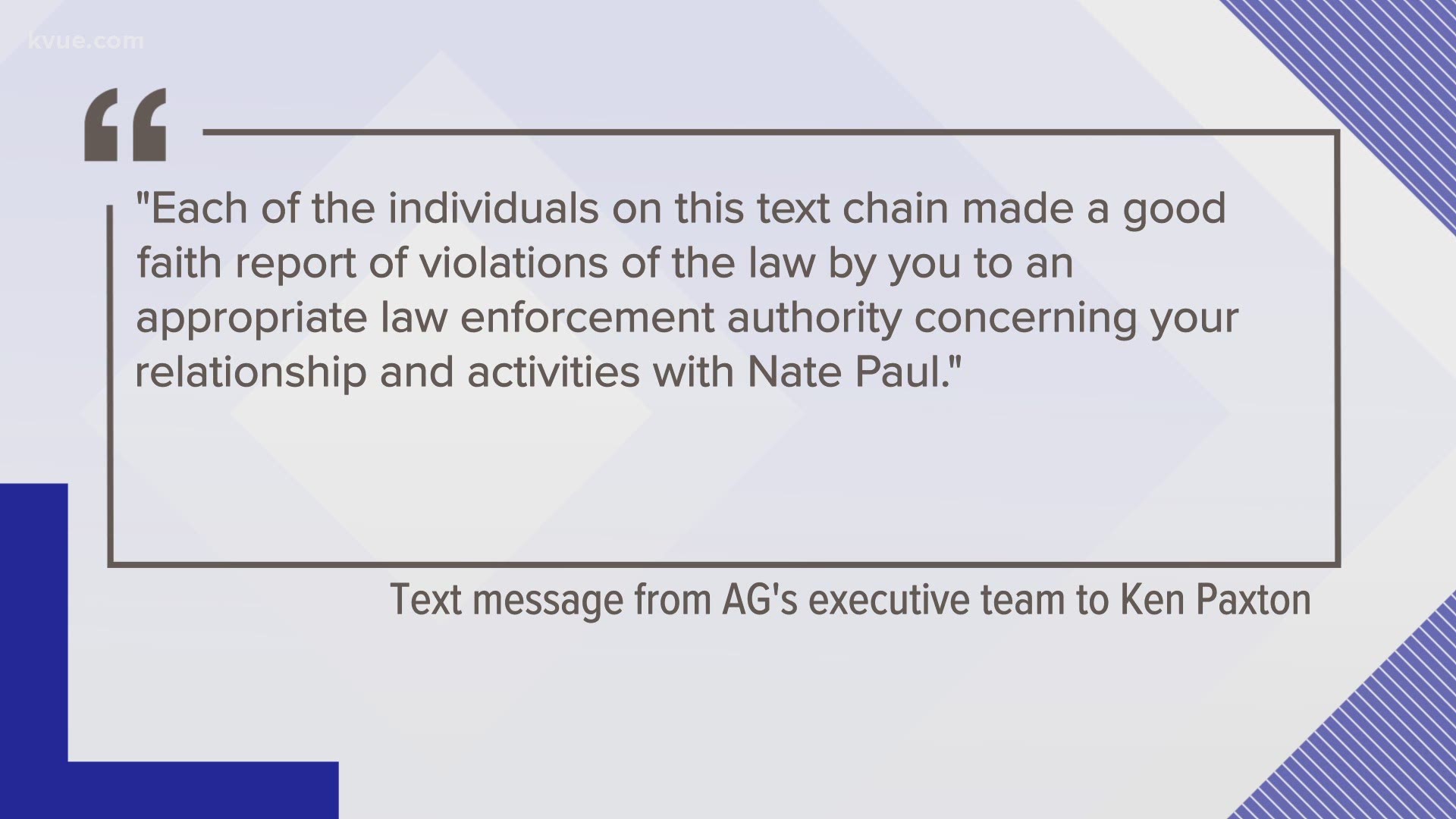 AUSTIN, Texas — John Bash, who served as the U.S. Attorney for the Western District of Texas, announced Monday he was resigning as of Friday, Oct. 9.

Before President Trump appointed him to the position in 2017, Bash was an assistant to the Solicitor General from 2012 to 2017, according to a press release from the Department of Justice. Bash also served as associate counsel to Trump in 2017, the release stated.

Bash replaced former U.S. Attorney Richard L. Durbin Jr. when he took the job. Among the incidents Bash's office helped law enforcement investigate include the Austin bombings in 2018 and the mass shooting in El Paso in 2019.

Bash issued the following statement in the press release:

"This Friday – eight years to the day after I first joined the Department of Justice – I will step down as United States Attorney for the Western District of Texas. Last month I accepted an offer for a position in the private sector and informed the Attorney General of my decision. I tendered formal letters of resignation to both the President and the Attorney General this morning. I am grateful to the President, Senator John Cornyn, Senator Ted Cruz, and the other members of the United States Senate for the opportunity to serve the people of Texas. I am also grateful to former Counsel to the President Donald F. McGahn II, who gave me steadfast support throughout the nomination and confirmation process, and to former Solicitor General Donald B. Verrilli, Jr., for first bringing me into the Department in 2012. And I am honored that during my tenure as U.S. Attorney, the Attorney General has seen fit to entrust me with significant responsibilities and to appoint me to his Advisory Committee. I am also deeply indebted to the over 300 attorneys and staff members who work in our office, including the 73 Assistant United States Attorneys hired during my tenure. Through their tireless efforts, we have held accountable child abusers, drug-cartel leaders, gang members, bank robbers, embezzlers, fraudsters, scammers, and corrupt public officials. The exceptional public servants of our office have continued to perform at a high level during the national health crisis. I owe special gratitude to my executive team – First Assistant U.S. Attorney Ashley Hoff, Executive Assistant U.S. Attorney Kristy Callahan, Counselor Mickey Tapken, Criminal Division Chief Christina Playton, Civil Division Chief Mary Kruger, Administrative Division Chief Gretchen Randall, and Legal Support Division Chief Lora Makowski. They are all women of extraordinary integrity, intelligence, and candor. I am proud to have served alongside them. Most importantly, I would not have succeeded in this demanding role without the love and support of my wife, Zina, my daughter and son, my parents, my wife’s parents and siblings, and of course the Lord. The Attorney General has elected to appoint Gregg Sofer to succeed me as U.S. Attorney. Gregg is an inspired choice. He is a veteran Department of Justice attorney, serving first in the National Security Division at Main Justice and then for over a decade as a national-security specialist in our Austin office. In the latter role, he built a reputation as a dogged and tremendously effective prosecutor. In 2018, I selected Gregg to serve as our office’s Criminal Division Chief, where he designed and implemented significant improvements to our operations, oversaw thousands of prosecutions, and provided me with invaluable advice on a range of important issues and cases. Since early this year, he has served in Washington, D.C., as Counselor to the Attorney General. He will make an excellent U.S. Attorney. Like any job, serving as U.S. Attorney has had its high points and its low points. No day was worse than August 3, 2019, when we lost so many of our fellow Americans and our Mexican brothers and sisters to an almost inconceivable act of hatred. But there was nothing more soulstirring than the way El Pasoans came together in the wake of that nightmare in a spirit of love and perseverance. I hope that I have discharged my authority wisely and have improved the safety and security of my fellow Texans. I leave the Department with a profound respect for its people, its traditions, and its importance to our constitutional democracy."

This morning I submitted my resignation to the President and the Attorney General, effective Friday. Last month I accepted a position in the private sector.

It has been a great honor to serve the people of Texas as U.S. Attorney.

Attorney General William Barr thanked Bash for his service in a written statement.

"Since 2017, John has successfully led one of the largest U.S. Attorney’s Offices in the country," Barr said. "John has made significant contributions to the Department of Justice, including his service on the Attorney General’s Advisory Committee. I appreciate his service to our nation and to the Justice Department, and I wish him the very best."

Bash's resignation comes on the heels of reports of a complaint issued by well-known Austin financial investor Nate Paul that he filed against federal authorities in May, including Bash’s office, according to KVUE's media partner The Austin American-Statesman.

Paul alleged in his complaint to Travis County prosecutors that the FBI agents who raided his downtown office at World Class Holdings did so without lawful warrants, according to the Statesman. Paul's complaint also reportedly alleges misconduct by employees of the State Securities Board, the FBI, a federal magistrate, and the Texas Department of Public Safety.

Texas Attorney General Ken Paxton said in a statement Monday his office was referred a case from Travis County regarding allegations of crimes relating to the FBI, other government agencies and individuals.

"My obligation as attorney general is to conduct an investigation upon such referral. Because employees from my office impeded the investigation and because I knew Nate Paul I ultimately decided to hire an outside independent prosecutor to make his own independent determination," Paxton said in the written statement.

Paxton's statement comes amid allegations of bribery and abuse of office from a group of his top aides. U.S. Rep. Chip Roy (R-Texas) has called for the resignation of Paxton, but the Texas AG said he refused to resign in his Monday statement.

"Despite the effort by rogue employees and their false allegations I will continue to seek justice in Texas and will not be resigning,” Paxton said.

The Statesman also reported that Bash's wife, Zina Bash, works in Paxton's office as senior counsel, but said she was not one of the seven aides alleging bribery and abuse of office from the Texas AG.

Gregg Sofer will replace Bash, effective Oct. 10, according to a press release from Barr's office. Sofer, the office’s criminal division chief, notably led the prosecution of Chimene Onyeri in the attempted assassination of state District Judge Julie Kocurek in 2015.