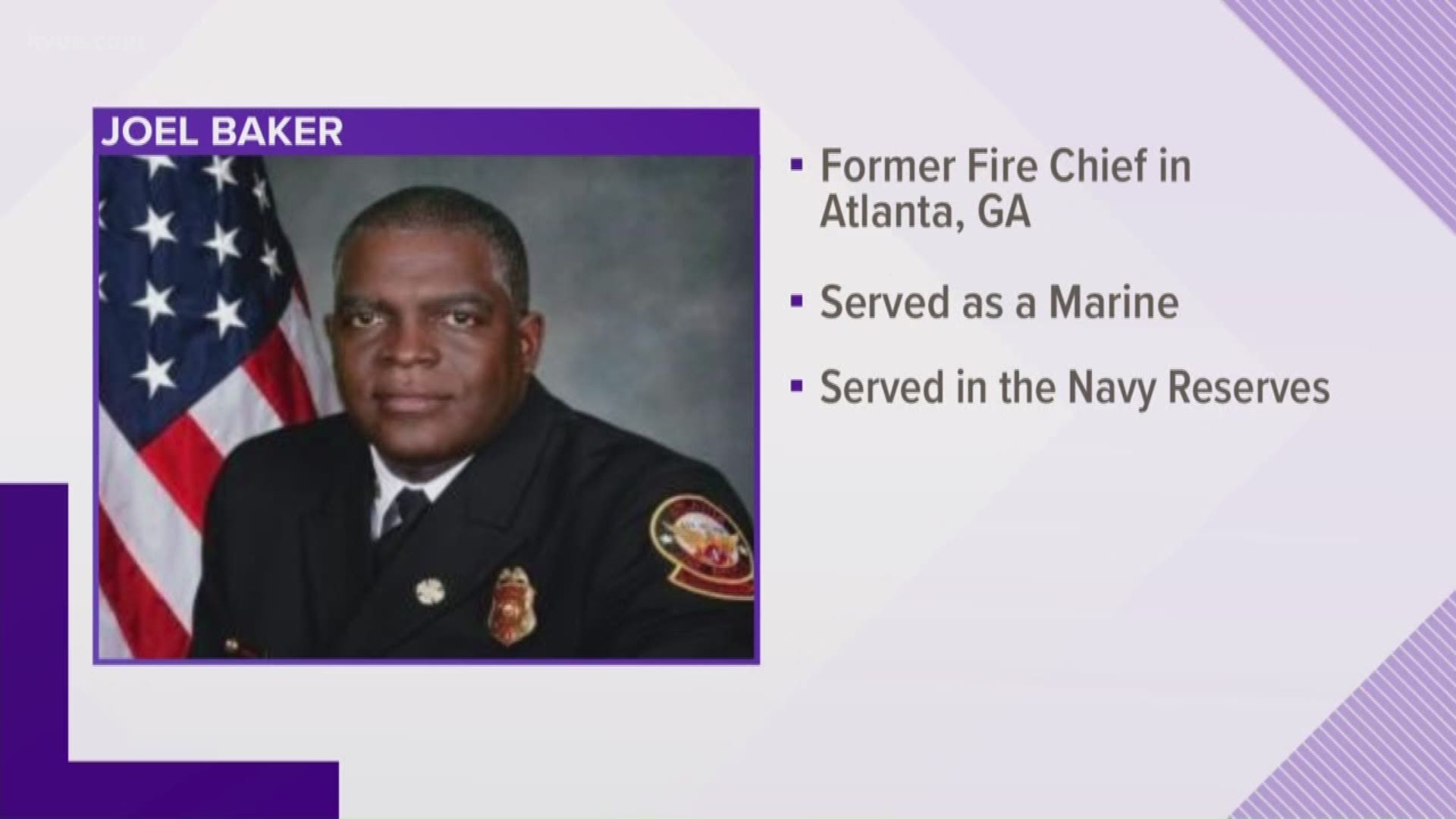 "I'm excited to announce Joel Baker as my selection to be the new fire chief, and I look forward to welcoming him to the City of Austin," Cronk said. "Chief Baker's dedication to public service, vast experience and demonstrated leadership in Atlanta are all reasons I am proud to have him lead our fire department to keep our residents and community safe."

Baker began his fire career with the East Point, GA Fire Department in 1986. Two years later, he joined the Atlanta Fire Rescue Department. During his career in Atlanta, he served as Lieutenant in the Field Operations division and the fire training academy, Captain of the department's Hazardous Material/Technical Rescue Unit, Deputy Fire Chief for Airport Operations, Assistant Chief to the Office of Support Services and, finally, as fire chief.

Baker also served as a Marine, as well as served 10 years in the Navy Reserve. He has an Associate Degree in Applied Fire Science, a Bachelor of Science in Human Resources Development and a Master of Public Administration.

"Austin is a fantastic city, and I am looking forward to the next chapter of my career in Texas," Baker said. "I am excited and proud to begin leading the more than 1,000 members of the Austin Fire Department who work each day to keep the community safe."

The Austin City Council will consider Baker's confirmation on Nov. 15 and, pending confirmation, he will start on Dec. 10.

Baker is preceded in the fire chief position by Rhoda Mae Kerr, who served as chief for nine years.