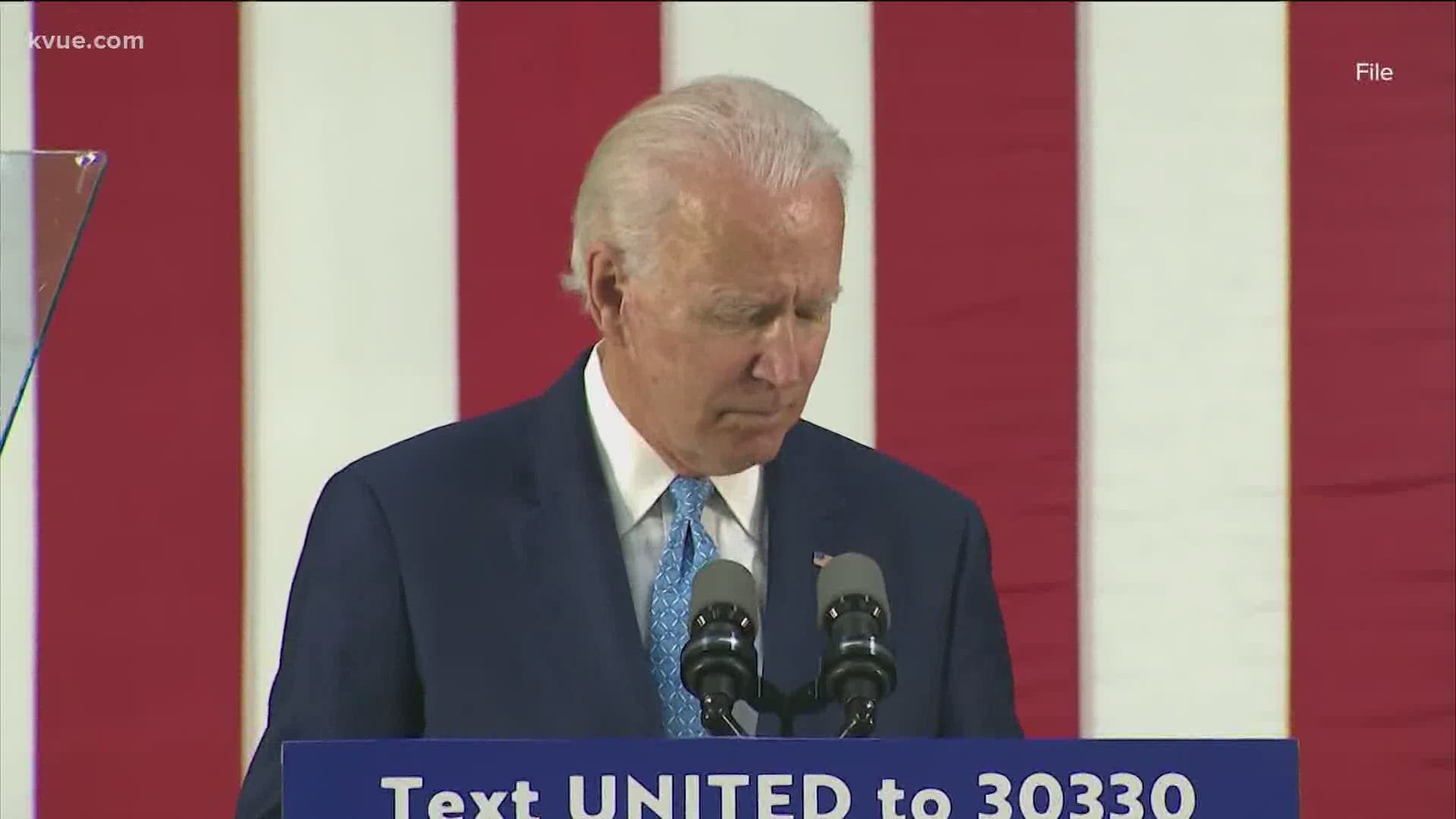 TEXAS, USA — Presidential Candidate Joe Biden is staffing up in Texas, a state that is showing promise as a competitive battleground in the 2020 November election.

His campaign hires also include a previous candidate for high-ranking elections in Texas. Mike Collier, Biden's senior advisor, was the 2014 Democratic nominee for Texas comptroller before running against Texas Lt. Gov. Dan Patrick in 2018, a close race.