'I'll cut you up!' | Man arrested after threatening to kill father, daughter inside University Co-Op

The family had just traveled from San Antonio to Austin to help the daughter move into her room for her freshman year at UT Austin. 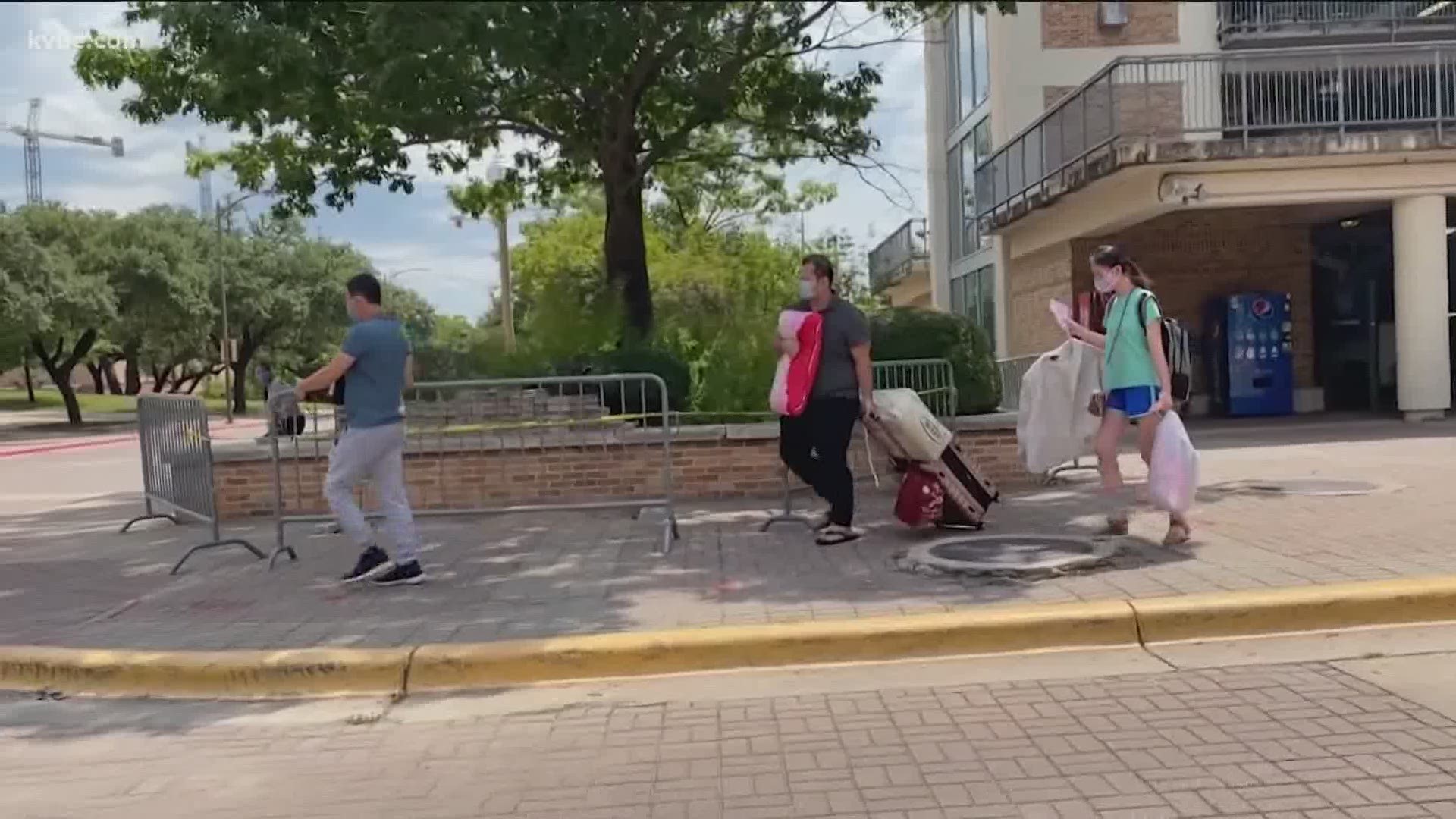 AUSTIN, Texas — A 29-year-old man is accused of threatening to kill a father and daughter inside a store near the University of Texas at Austin campus.

The father told Austin police detectives he and his daughter had just traveled from San Antonio to Austin to help her move into her room at the campus for her freshman year of university when this happened.

They said they were walking toward The University Co-Op on Guadalupe Street on the afternoon of Aug. 18 when they passed a man, later identified by police as Jeffrey Humphrey.

Humphrey, according to the father, catcalled the daughter.

"Who are you talking to? That's my daughter," the father recalled telling Humphrey.

As the two argued, Humphrey supposedly told the father he was "just trying to pick up a lady" and wanted to know how else he was supposed to get "laid," according to the arrest affidavit.

The father told his daughter to enter the store as he noticed Humphrey reach into his pocket.

Several witnesses and surveillance cameras captured Humphrey following the family into the store holding a folding knife with a blade 4 to 6 inches in length, according to detectives.

The father, daughter and witnesses reportedly heard Humphrey yell, "I'll cut you up in front of all these people! I don't care! I'll kill you! I'll kill you!"

Detectives said the father tried to keep a rack of clothing between himself and Humphrey as Humphrey walked around, yelling that he was going to kill him.

Employees eventually yelled they were going to call police, and Humphrey left the store.

Humphrey admitted to detectives he had been walking around the West Campus area catcalling every woman he saw. He also admitted to pulling the knife out and threatening to cut the father.

Humphrey has been charged with aggravated assault with a deadly weapon. He remained in the Travis County jail as of Thursday afternoon with a $40,000 bond. A judge ordered that he make no contact with the daughter.

According to Texas Department of Public Safety records, Humphrey has been convicted in the past for assault (three times), evading arrest (two times), resisting arrest and burglary of a habitation.