The Texas senator is also asking that Texas ban film crews from riding with law enforcement for commercial TV shows. 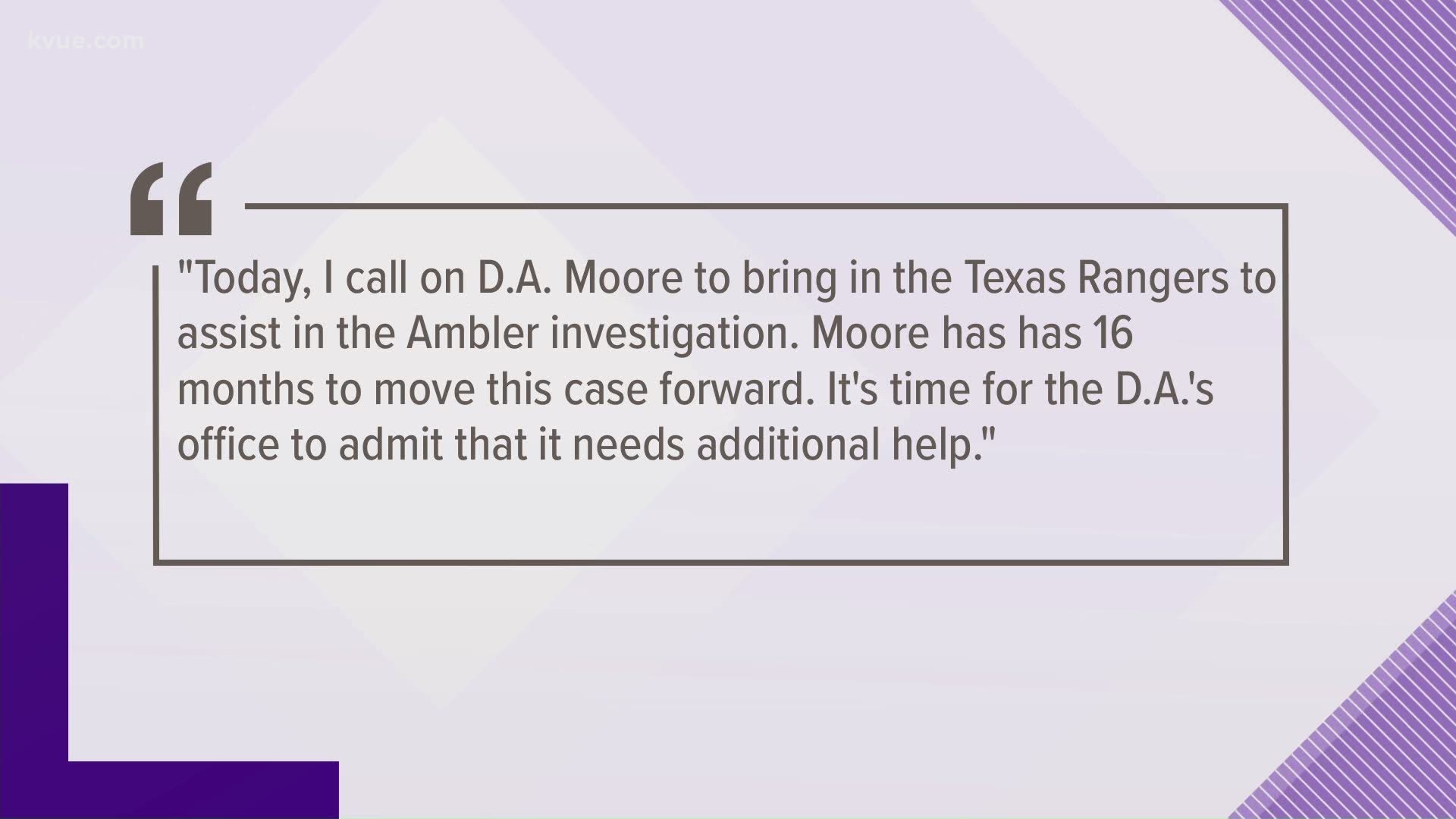 AUSTIN, Texas — On Friday evening, the current longest-serving member of the Texas Senate asked the Texas Rangers to take over the investigation regarding the death of Javier Ambler.

Ambler died in March 2019 after being tased by a Williamson County deputy. The incident started when traffic a stop was initiated after he failed to dim his headlights to oncoming traffic, officials say Ambler refused to pull over and he led them on a 22-minute chase that resulted in him crashing his car. When he exits the vehicle, an Austin police officer's bodycam footage shows Ambler stating that he can't breathe and that he has a heart condition before he is tased and later loses consciousness. Ambler did not survive.

Sen. John Whitmire, chair of the Senate Criminal Justice Committee, also said Texas should ban film crews from riding with law enforcement officers for commercial TV shows. This comes after A&E, the network that airs "Live PD," announced earlier this week that the show has been canceled.

Sen. Whitmire added that he is most troubled the video recorded by "Live PD" crews was destroyed. In a letter to Austin Police Chief Brian Manley and Travis County DA Margaret Moore, Whitmire said he is concerned about the potential for perjury it creates in these types of cases.

"Today, I call on DA Moore to bring in the Texas Rangers to assist in the Ambler investigation. Moore has had 16 months to move this case forward. It is time for the DA's office to admit that it needs additional help.

The Williamson County's Sheriff Department has cooperated with the investigation from the beginning. We are ready to cooperate with the Rangers as well. It is past time for this matter to be addressed."

The Williamson County Sheriff's Department issued this statement on June 15:

"While we cannot comment on Mr. Ambler's incident due to the ongoing criminal investigation by the Travis County District Attorney, we can offer a brief timeline outlining the cooperation provided by our office to the Austin Police Department in the course of its inquiry. We began cooperating with APD investigators on the day of the incident itself (March 28, 2019). We responded to numerous requests over the first few days of the investigation, and by mid April of 2019, APD took possession of all video related to the incident (e.g., body camera footage and car footage). In July and August, APD sent a few follow up requests. The last time we had any contact with APD investigators on this incident was a Williamson County initiated contact in October of 2019. At no point in this process did the Travis County D.A. reach out to our department directly. We have not commented publicly on this case because we are not the investigating authority. As a department, we remain ready to cooperate with the investigation in any way."

"The Javier Ambler case will be presented to a Travis County grand jury as soon as one can be impaneled due to COVID-19.

I am fully committed to seeking justice and answering all questions for Mr. Ambler's family.

I think the common misconception is that these cases are easy to resolve and should be immediately presented to a grand jury. While I agree that the public is entitled to swift action and transparency to ensure justice for all sides, we have to make sure there is a thorough investigation into the facts of each case we receive. Sometimes this involves subpoenaing lab reports, phone records, ballistic reports, medical records, and other documents that are crucial to the case. It takes time to get these items from outside sources. To ensure the process is fair, we have to be able to anticipate the kinds of information the grand juries will want to know before we take a case before them. This is the same process that takes place in all felony cases."