'It's Keep Austin Weird, and that's exactly what it is.' Eeyore's Birthday 2019 takes Pease Park

"All types of people" gathered Saturday for the annual celebration that many believe plays a big role in keeping Austin weird. 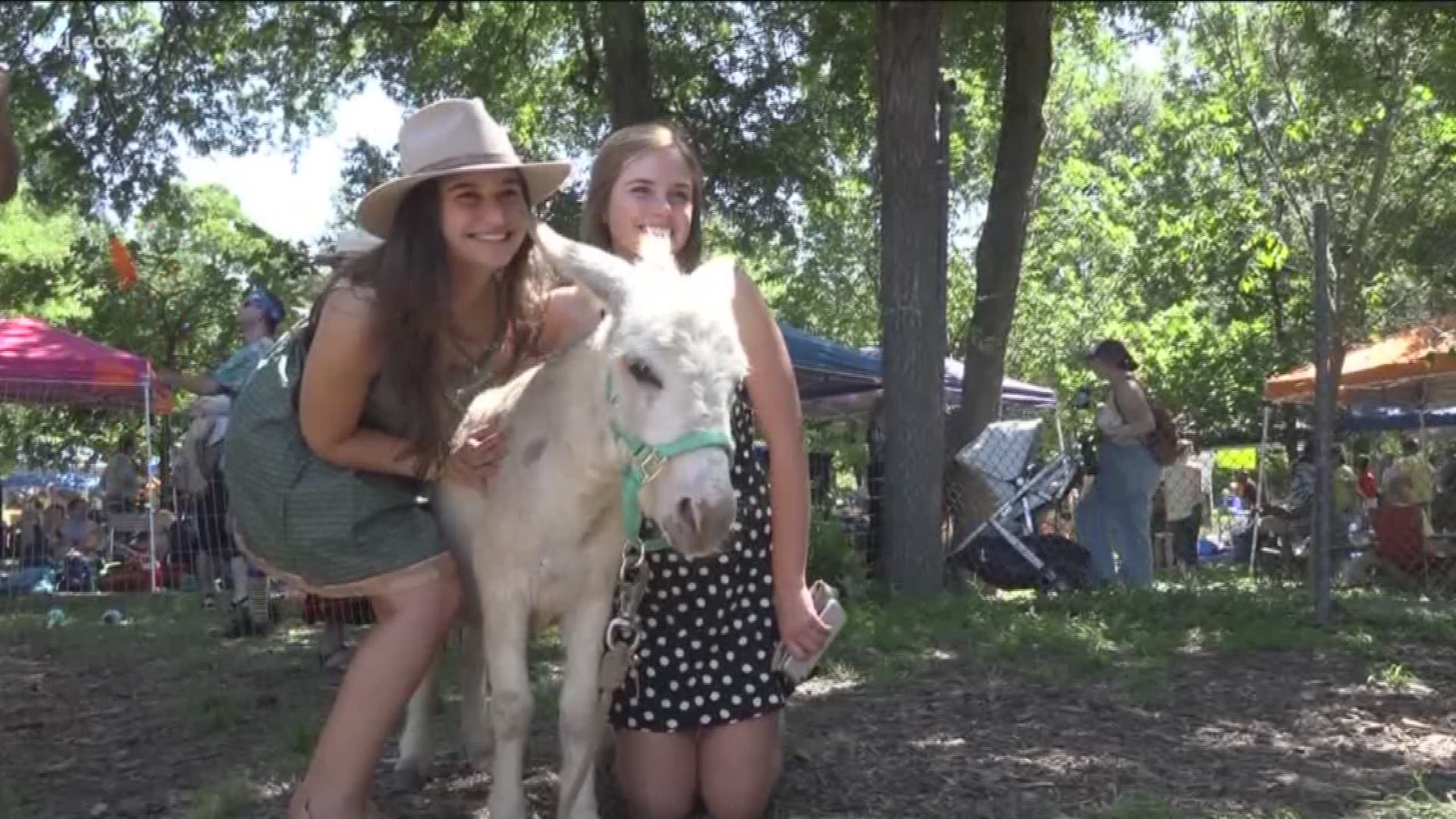 AUSTIN, Texas — It might just be the weirdest day in Austin, but Eeyore's annual birthday party in Pease Park brought together thousands of people on Saturday.

Austinites made their way down a trail in what you could call the "Hundred-Acre Wood." Their final destination? Eeyore's Birthday Party.

"I don't think we have anything like this as far as, like, the community coming together in a really cohesive way every year,” said Ethan, an Austinite of five years.

"We got all types of people," said Zach, another event goer.

Nicole and Chris Monroe and their daughter, Alinea, are Austin residents who we spotted celebrating at the party.

"Let's be real, it's Keep Austin Weird, and that's exactly what it is," said the Monroes.

And it's been weird since 1963. Through the years, it looks like it hasn't changed much. People dressed in costumes, big happy smiles, enjoying live music and, of course, "Eeyore" himself.

For some longtime attendees, like the Monroe family, "it's the last free, truly authentic festival." And they're passing that authenticity down to their daughter.

"Now she gets to come down here and celebrate Eeyore's Birthday," said the Monroes.

It's not only free and fun, but it also gives back in a big way.

Eeyore's Birthday raises money for local nonprofits. Its website says it has helped more than 80 organizations in the past.

"To have it in Pease Park, its an honor for us," said Heath Riddles, CEO of Pease Park Conservancy.

He said this event provides opportunity.

And it’s an important part of Austin culture

"If you look up in the dictionary what Austin is, this is the place to be," said Zach.

Man detained after shooting incident at synagogue in Southern California